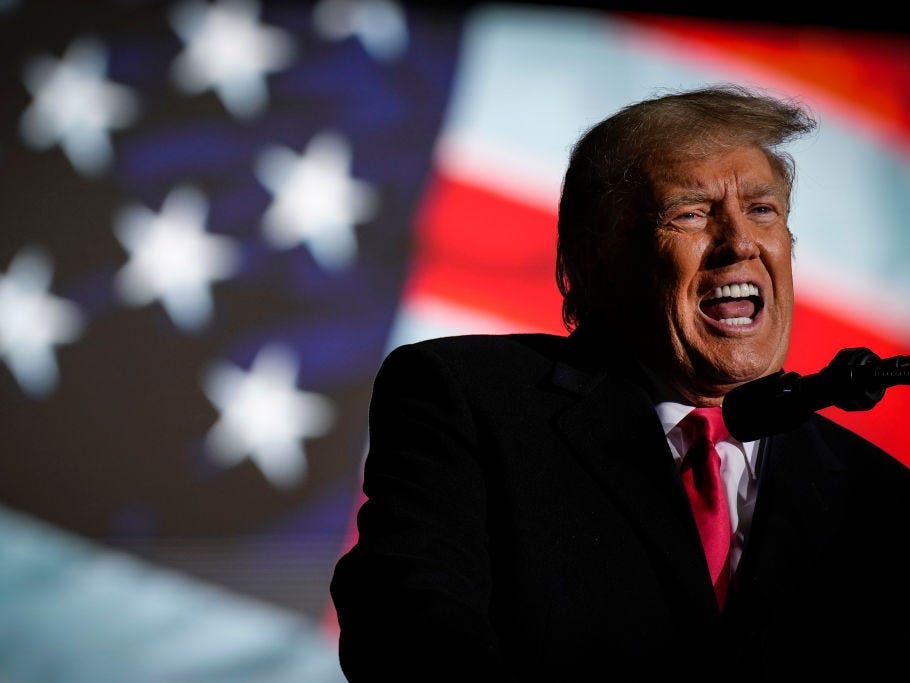 Donald Trump speaks during a rally at the Dayton International Airport on November 7, 2022 in Vandalia, Ohio.

Donald Trump took to his social media platform on Sunday to rail against the January 6 Committee, which this week is expected to refer criminal charges for him to the Justice Department.

The former president took to his social media platform, Truth Social, to share his thoughts on Sunday morning.

“The Unselect Committee of political hacks are the same group that came up with the RUSSIA, RUSSIA, RUSSIA HOAX, not to mention many others. They are Corrupt cowards who hate our Country,” Trump said on Truth Social.

Minutes later, he added: “Republicans and Patriots all over the land must stand strong and united against the Thugs and Scoundrels of the Unselect Committee. It will be a dark period in American history, but with darkness comes light!!!”

The House committee is anticipated to vote on Monday to urge the DOJ to charge Trump for his involvement in the Capitol riot, and on Wednesday, slated to publish its final report in full, Insider previously reported.

Trump’s comments came shortly before the Sunday shows began on political news sites. Rep. Adam Schiff, a member of the January 6 committee, said on CNN on Sunday morning that he believes there is enough evidence to criminally charge Trump for his attempts to subvert the 2020 election, Insider previously reported.

The committee is expected to recommend Trump be charged with insurrection, obstruction of an official proceeding, and conspiracy to defraud the US government, POLITICO reported.