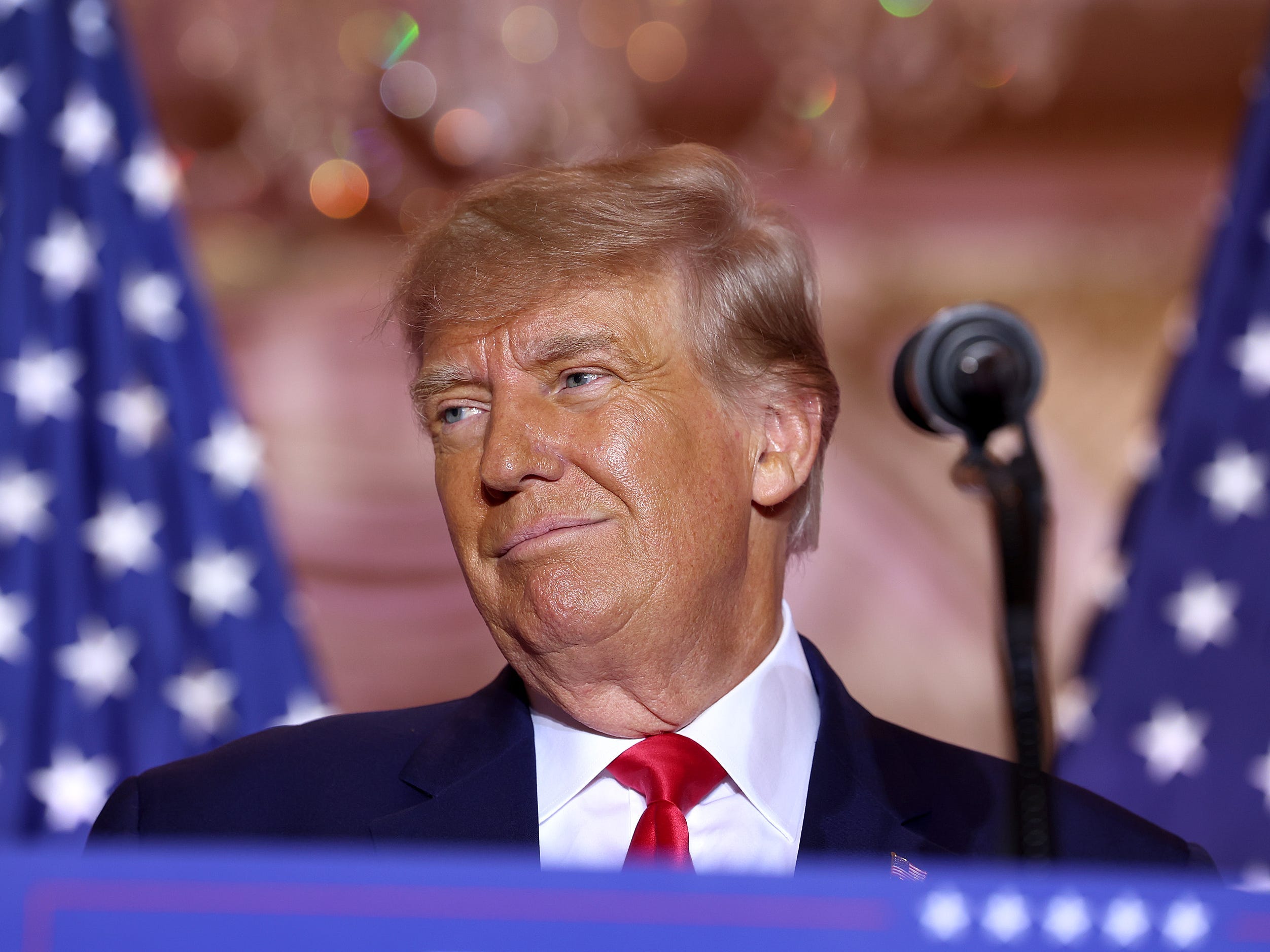 Former President Donald Trump speaks during an event at his Mar-a-Lago home on November 15, 2022 in Palm Beach, Florida

After selling out of his non-fungible token trading cards in just 12 hours, former president Donald Trump told reporters the digital cards were more about art than money.

In a Saturday video posted to Twitter, Trump told conservative network OAN he didn’t know about NFTs prior to raking in over $1 million for the sale of trading cards depicting the businessman-turned-politician as a hero.

“Well, I knew nothing about them and then a group came and I loved the art. They showed me the art,” Trump said in the video.

“You know, it’s sort of comic book art when you think of it, but they showed me the art and I said, gee, I always wanted to have a 30-inch waist.”

The cards sold for about $99 each in their initial December release, Insider’s Kayla Gallagher reported. Although the cards are estimated to make their creators around $4,5 million, Gallagher reported, it’s unclear if Trump will receive any of the money and it seems like he’s OK with that.

“I didn’t view it as investment. I viewed it as – I thought they were cute. For $99, you’re getting these visions that are very beautiful and interesting, I think, and I viewed it that way much more so than as an NFT,” Trump said.

The “visions” show Trump as a superhero, cowboy, an astronaut, and more depictions of the former president, according to Newsweek.

“I’m looking at this stuff and I’m saying ‘Wow, that’s sorta cute, that might sell, that might sell.’ They thought it would sell in six months, it sold in six hours,” Trump told OAN.