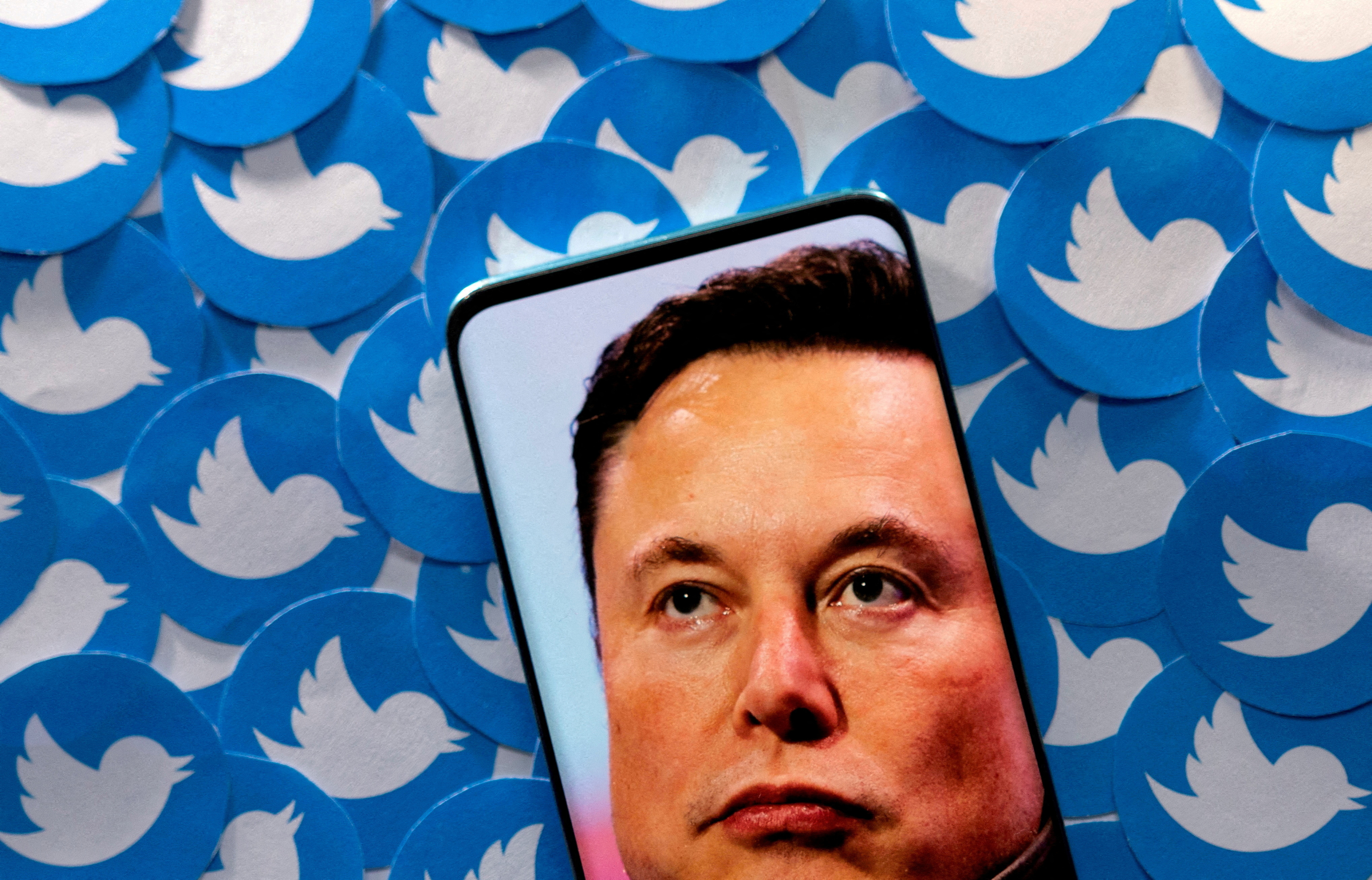 An image of Elon Musk is seen on a smartphone placed on printed Twitter logos in this picture illustration taken April 28, 2022. REUTERS/Dado Ruvic/Illustration

Twitter Inc on Thursday suspended the accounts of several journalists, including ones from the New York Times and the Washington Post, with the site showing “account suspended” notices for them.

Reuters could not immediately ascertain why those accounts were suspended. All the suspended reporters have in recent months written about Twitter’s owner, billionaire Elon Musk, and changes at the platform since he bought it.

Responding to a Tweet on the account suspensions, Musk tweeted: “Same doxxing rules apply to “journalists” as to everyone else,” a reference to Twitter rules banning sharing of personal information, called doxxing.

He added: “Criticizing me all day long is totally fine, but doxxing my real-time location and endangering my family is not.”

On Thursday, Twitter suspended @elonjet, an account tracking Musk’s private jet in real time, a month after he said his commitment to free speech extended to not banning the account.

A spokesperson for The New York Times said: “Tonight’s suspension of the Twitter accounts of a number of prominent journalists, including The New York Times’s Ryan Mac, is questionable and unfortunate. Neither The Times nor Ryan have received any explanation about why this occurred. We hope that all of the journalists’ accounts are reinstated and that Twitter provides a satisfying explanation for this action.”

The other reporters could not immediately be reached.

The official account of social media company Mastodon (@joinmastodon), which has emerged as an alternative to Twitter since Musk bought the company for $44 billion in October, was also suspended. Mastodon could not immediately be reached for comment.

Twitter is now leaning heavily on automation to moderate content, doing away with certain manual reviews and favoring restrictions on distribution rather than removing certain speech outright, its new head of trust and safety Ella Irwin told Reuters this month.