The 193-member United Nations General Assembly on Friday asked the International Court of Justice (ICJ) to give an opinion on the legal consequences of Israel’s occupation of the Palestinian territories.

Israel captured the West Bank, Gaza and East Jerusalem – areas the Palestinians want for a state – in a 1967 war. It withdrew from Gaza in 2005, but, along with neighboring Egypt, controls the enclave’s borders.

The Hague-based ICJ, also known as the World Court, is the top U.N. court dealing with disputes between states. Its rulings are binding, though the ICJ has no power to enforce them.

The request for a court opinion on Israel’s occupation of the Palestinian territories was made in a resolution adopted by the General Assembly with 87 votes in favor. Israel, the United States and 24 other members voted against, while 53 abstained.

“No international body can decide that the Jewish people are ‘occupiers’ in their own homeland. Any decision from a judicial body which receives its mandate from the morally bankrupt and politicized U.N. is completely illegitimate,” Israel’s U.N. Ambassador Gilad Erdan said in a statement ahead of the vote.

Israel’s former Prime Minister Yair Lapid – who was replaced on Thursday by Benjamin Netanyahu – last month urged world leaders to oppose the move, saying that bringing the matter to the court would “only play into the hands of extremists”.

The Islamist group Hamas took over Gaza in 2007 after a brief civil war with more moderate Palestinian rivals. Hamas and Israel have since fought three Gaza wars.

Palestinian U.N. envoy Riyad Mansour noted that the vote came one day after the swearing in of a new hard-right Israeli government that promises to expand Jewish settlements and pursue other policies criticized at home and abroad.

“We trust that, regardless of your vote today, if you believe in international law and peace, you will uphold the opinion of the International Court of Justice when delivered and you will stand up to this Israeli government right now,” Mansour told the General Assembly.

The U.N. General Assembly asked the ICJ to give an advisory opinion on the legal consequences of Israel’s “occupation, settlement and annexation … including measures aimed at altering the demographic composition, character and status of the Holy City of Jerusalem, and from its adoption of related discriminatory legislation and measures.”

The U.N. resolution also asks the ICJ to advise on how those policies and practices “affect the legal status of the occupation” and what legal consequences arise for all countries and the United Nations from this status.

The ICJ last weighed in on the conflict between Israel and the Palestinians in 2004, when it ruled that an Israeli separation barrier was illegal. Israel rejected that ruling, accusing the court of being politically motivated. 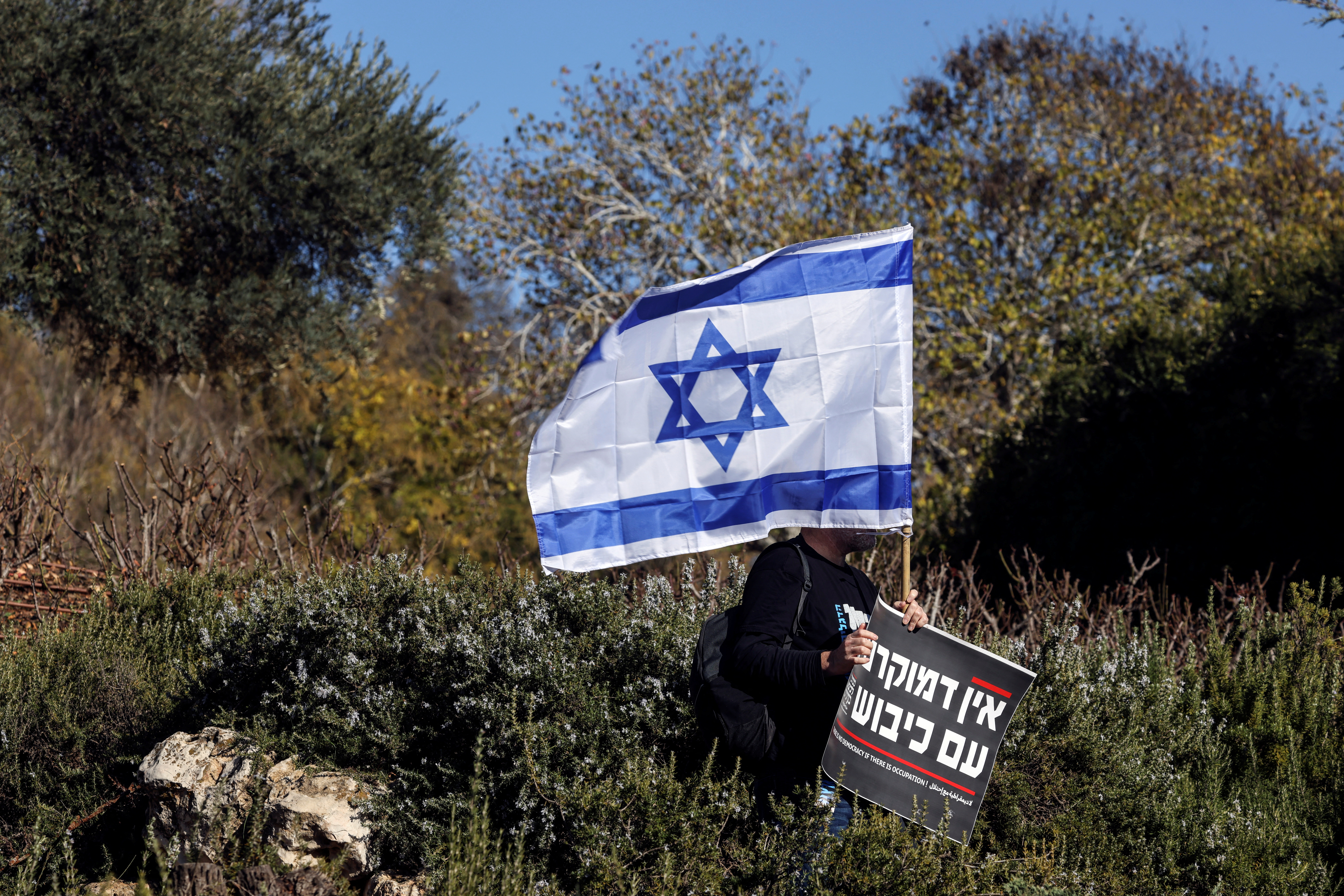 A man holds the national flag of Israel and a sign that says in Hebrew “There is no democracy if there is occupation” at a protest outside the Knesset, Israel’s parliament, on the day the new right-wing government is sworn in, with Benjamin Netanyahu as Prime Minister, in Jerusalem December 29, 2022. REUTERS/Ammar Awad 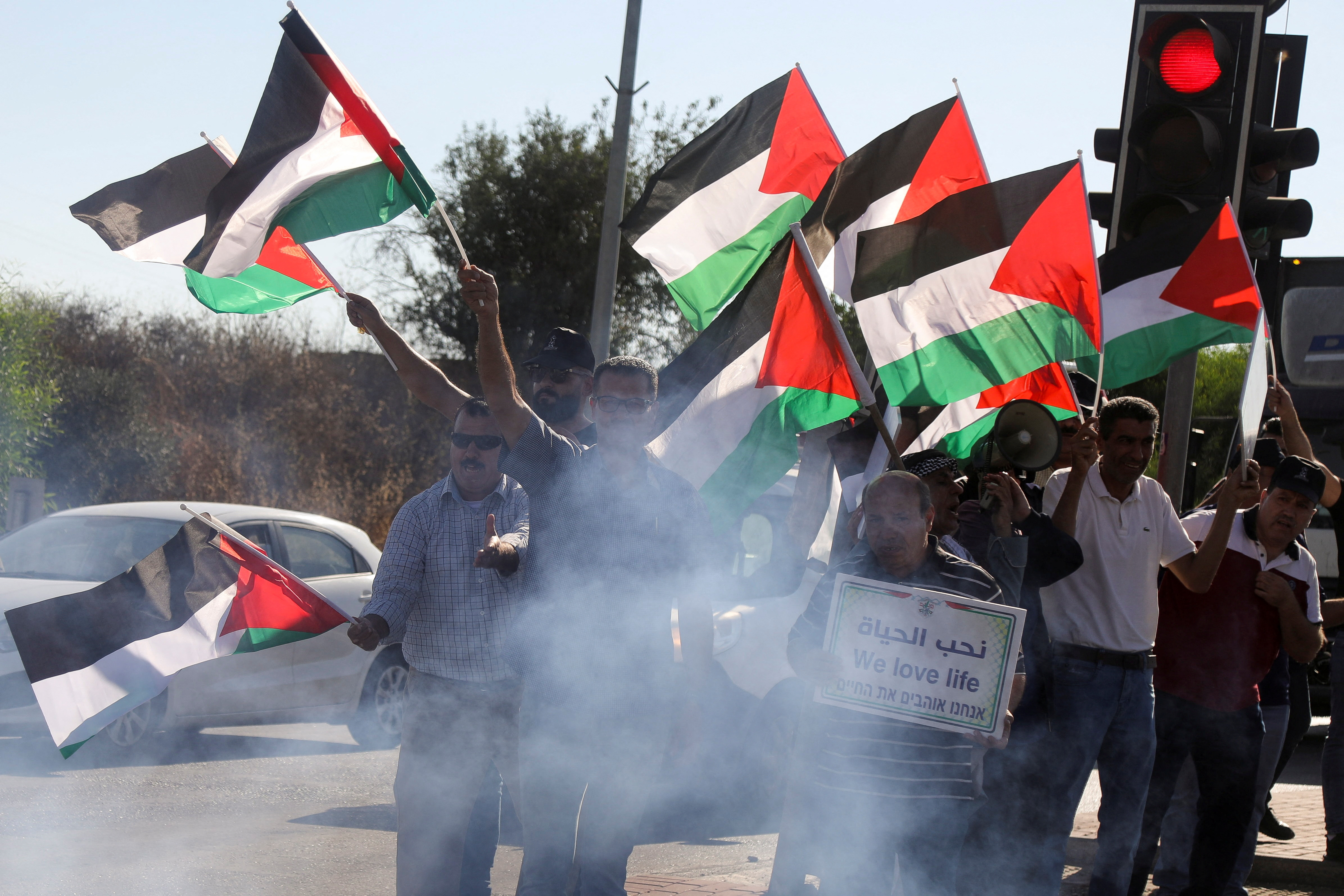 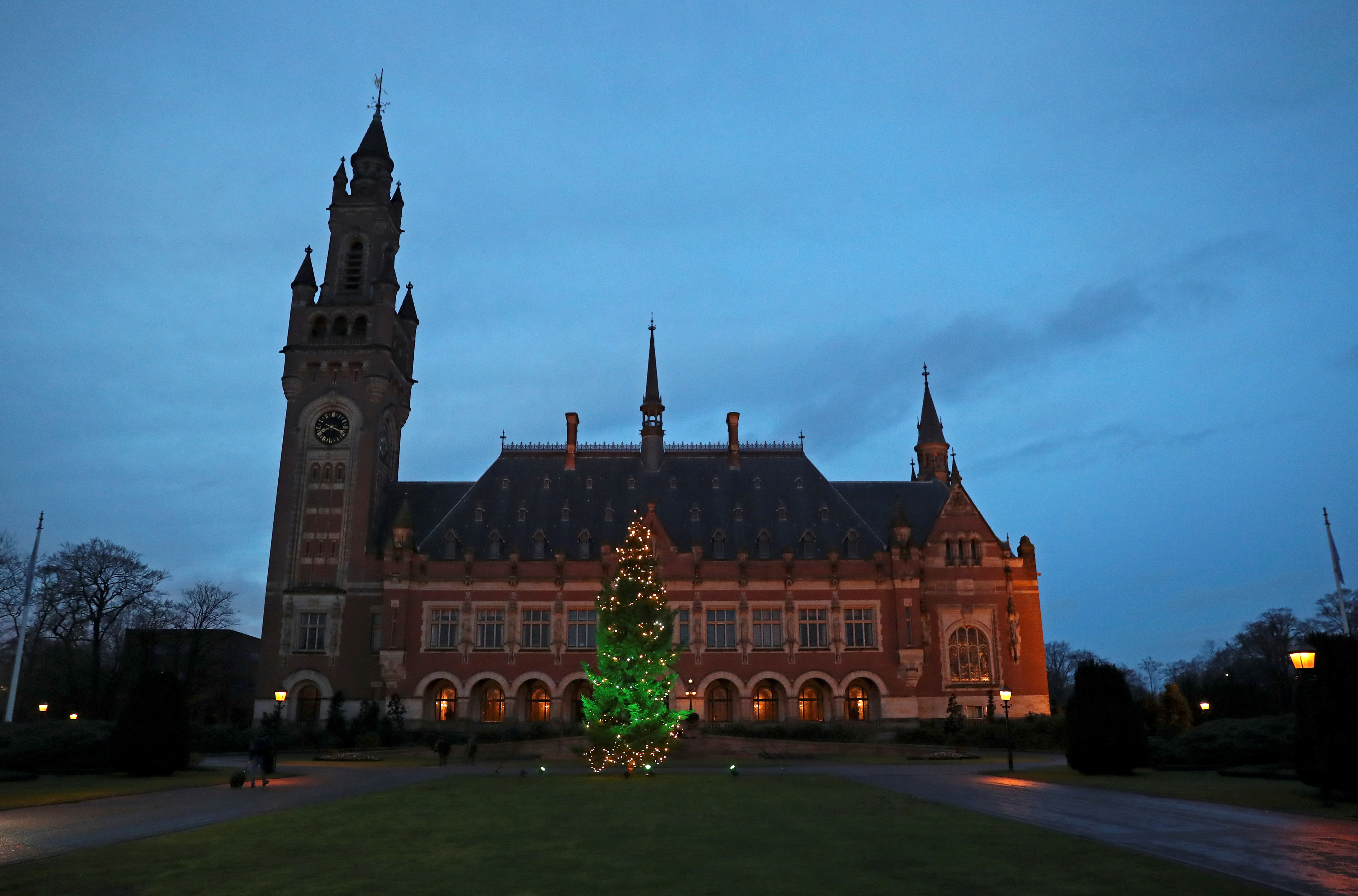 General view of the International Court of Justice (ICJ) in The Hague, Netherlands December 11, 2019. REUTERS/Yves Herman