Six months after the U.S. Supreme Court overturned its 1973 Roe v. Wade ruling, the state of abortion rights around the country remains unsettled, thanks to a patchwork of lawsuits in state courts and emergency court orders.

Experts predict that the uncertainty will continue in the coming year, as cases wend their way through courts, and state legislatures consider new restrictions, potentially drawing new battle lines in the fight over abortion rights.

About half of all states are ultimately expected to adopt new abortion restrictions in the wake of the Supreme Court’s June ruling on Dobbs v. Jackson Women’s Health.

Since Dobbs, more than 20 million women of childbearing age have lost access to abortion, according to an October report from the Guttmacher Institute.

The litigation has resulted in chaos for abortion providers and patients, according to people involved in the lawsuits and legal experts. In state after state, courts have issued emergency orders blocking the new bans while lawsuits unfold, only to be reversed weeks or even days later on appeal.

Among the 18 states where new, or newly enforceable, abortion bans have been challenged since Dobbs, restrictions have been blocked pending further review in eight states – including by top courts in some deeply conservative states like Indiana and South Carolina.

No one expects all of the confusion to be resolved in 2023. But the state-by-state fight over abortion will move into a new phase, potentially providing long-awaited certainty on some issues while opening new battlefronts on others.

First, many of the currently pending lawsuits will move past their initial, emergency phase and onto final resolution in states’ highest courts, providing clarity at least in some states.

Mutcherson said that while the emergency orders blocking some states’ bans could be a “good sign” for abortion providers, it does not necessarily mean they would ultimately win. Courts could also simply be exercising caution while they confront new legal issues, she said.

“Part of what states have to do now, which they haven’t had to do before because of this federal right (under Roe), is they have to think more deeply” about what their constitutions say about abortion, she said.

Thus far, most of the successful challenges, at the emergency order stage, have relied on explicit language in state constitutions guaranteeing a right to privacy or equal rights specifically for women, both absent from the federal constitution.

Several conservative state legislatures will meet in 2023 for the first time since Dobbs. They could pass not only new abortion bans, but other kinds of laws aimed at penalizing people or companies that help women get abortions – for example, by funding or helping women travel to states where the procedure is legal, or publishing information online.

“I think we will see a lot of new and creative kinds of legislation, things I have not even contemplated,” said Katie Glenn, state policy director at the anti-abortion group Susan B. Anthony Pro-Life America.

Medication abortion has already become a battlefront, with anti-abortion groups filing a lawsuit seeking to pull one of the drugs used in the procedure from the market.

The battle over medication abortion, which accounts for more than half of abortions in the United States, is likely to expand in the coming year. Demand surged for shipments of abortion pills from overseas in the wake of Dobbs, and conservative states could pass laws aimed at cracking down on such shipments.

There are signs that the politics of abortion have shifted since Dobbs. While Republicans have historically campaigned on the issue, Democrats embraced it ahead of their unexpectedly strong performance in November’s midterm elections, portraying their opponents’ abortion measures as extreme.

Voters in Kansas and Kentucky also this year voted down anti-abortion ballot measures, and South Carolina’s legislature failed to pass a near-total abortion ban in a special session last month – all suggesting that the most stringent abortion measures may face political headwinds even in conservative states.

Explore the Reuters round-up of news stories that dominated the year, and the outlook for 2023. 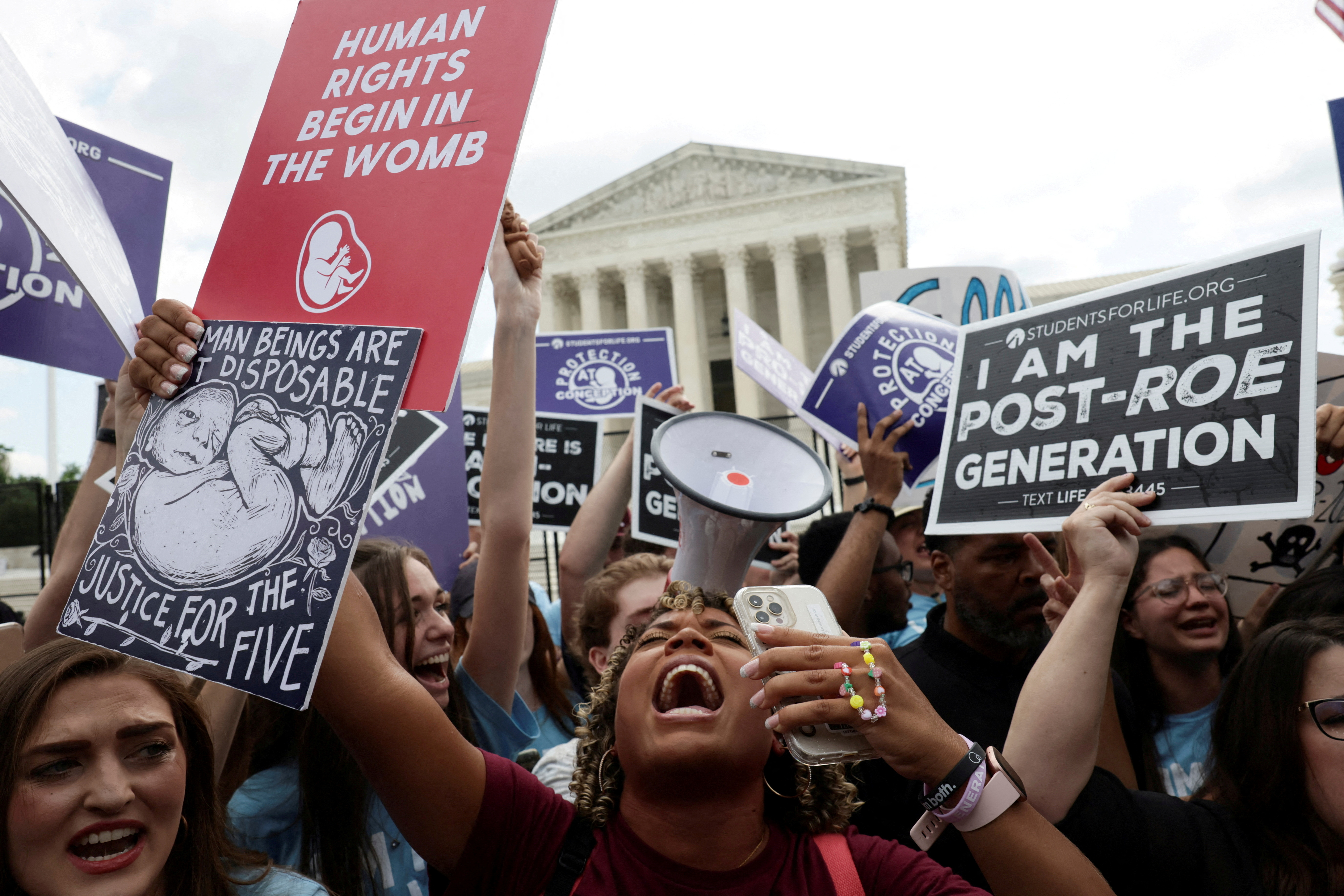 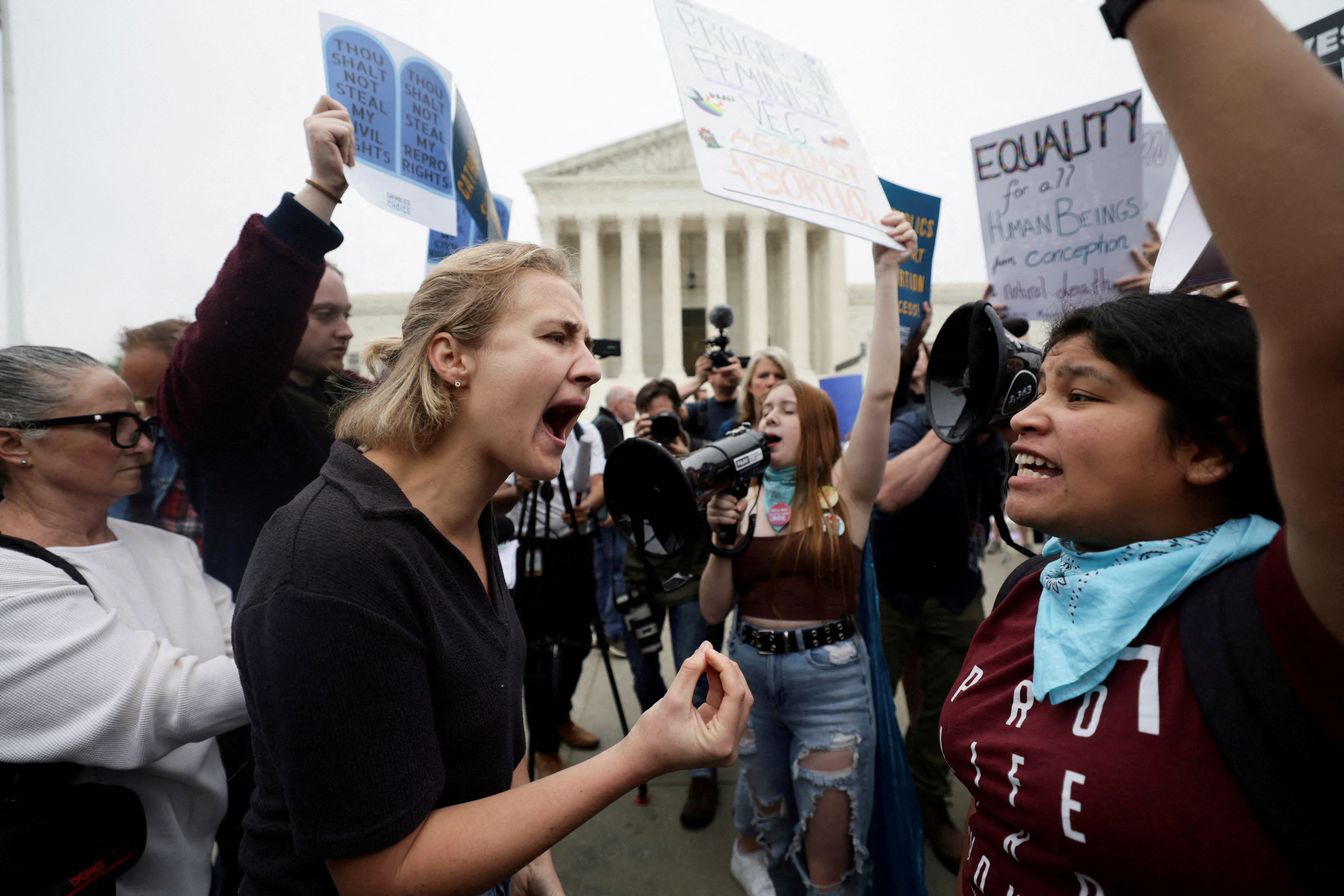 Pro-abortion and anti-abortion demonstrators protest outside the U.S. Supreme Court after the leak of a draft majority opinion written by Justice Samuel Alito preparing for a majority of the court to overturn the landmark Roe v. Wade abortion rights decision later this year, in Washington, U.S., May 3, 2022. REUTERS/Evelyn Hockstein 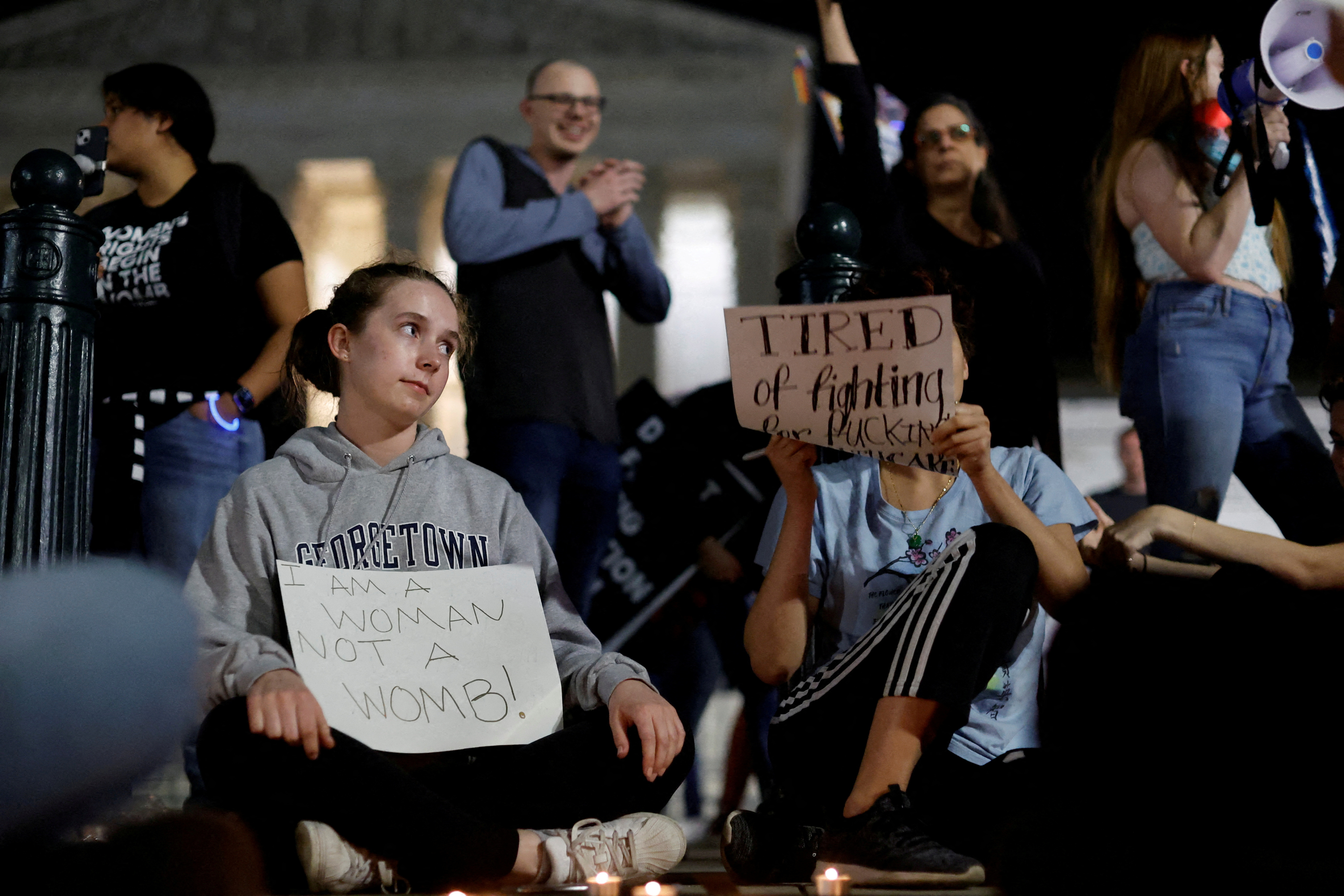 Pro-abortion rights protesters take part in a vigil while anti-abortion protesters celebrate behind them outside the U.S. Supreme Court after the leak of a draft majority opinion written by Justice Samuel Alito preparing for a majority of the court to overturn the landmark Roe v. Wade abortion rights decision later this year, in Washington, U.S., May 2, 2022. REUTERS/Jonathan Ernst