U.S. Capitol Police are prepared for any possible future attacks on Congress, its chief said on Monday ahead of the second anniversary of the deadly Jan. 6, 2021, attack and the dissolution of the congressional panel investigating it.

“The current threat climate, particularly against elected officials, will require continued and heightened vigilance,” USCP Police Chief Tom Manger said in a statement. “With the polarized state of our nation, an attack like the one our Department endured on January 6, 2021 could be attempted again. Should the unthinkable happen, we will be ready.”

Five people died and more than 140 police officers were injured two years ago this week when supporters of then-President Donald Trump violently breached the U.S. Capitol as lawmakers and Trump’s vice president, Mike Pence, were set to certify his loss to Democrat Joe Biden.

A bipartisan U.S. House of Representatives panel investigating the attack said last month that Trump should face criminal charges for his role in sparking the deadly siege.

Its 18-month probe ends as Trump’s fellow Republicans take over the House majority on Tuesday having vowed to dissolve the panel and instead take on Biden, his administration and his son Hunter.

In releasing its last cache of documents on Monday, the Jan. 6 panel cited security concerns as Congress changes hands, sending some records to the White House and the Department of Homeland Security to review and return to the National Archives.

“As of next week when the Committee dissolves, the Committee will no longer exercise control over this material, and thus cannot ensure enforcement of the commitment to maintain the confidentiality of the identity of the witnesses,” wrote panel chairman Representative Bennie Thompson, a Democrat, and vice chair Representative Liz Cheney, a Republican.

Incoming U.S. House Democratic Leader Hakeem Jeffries, in an MSNBC interview on Monday, said it was now up to the U.S. Department of Justice “to now follow the facts, apply the law, (and) be guided by the Constitution.”

About 900 people have been charged so far with taking part in the riot, including about 470 guilty pleas, according to a tally released last month by the department, which is conducting its own investigation into the attack. 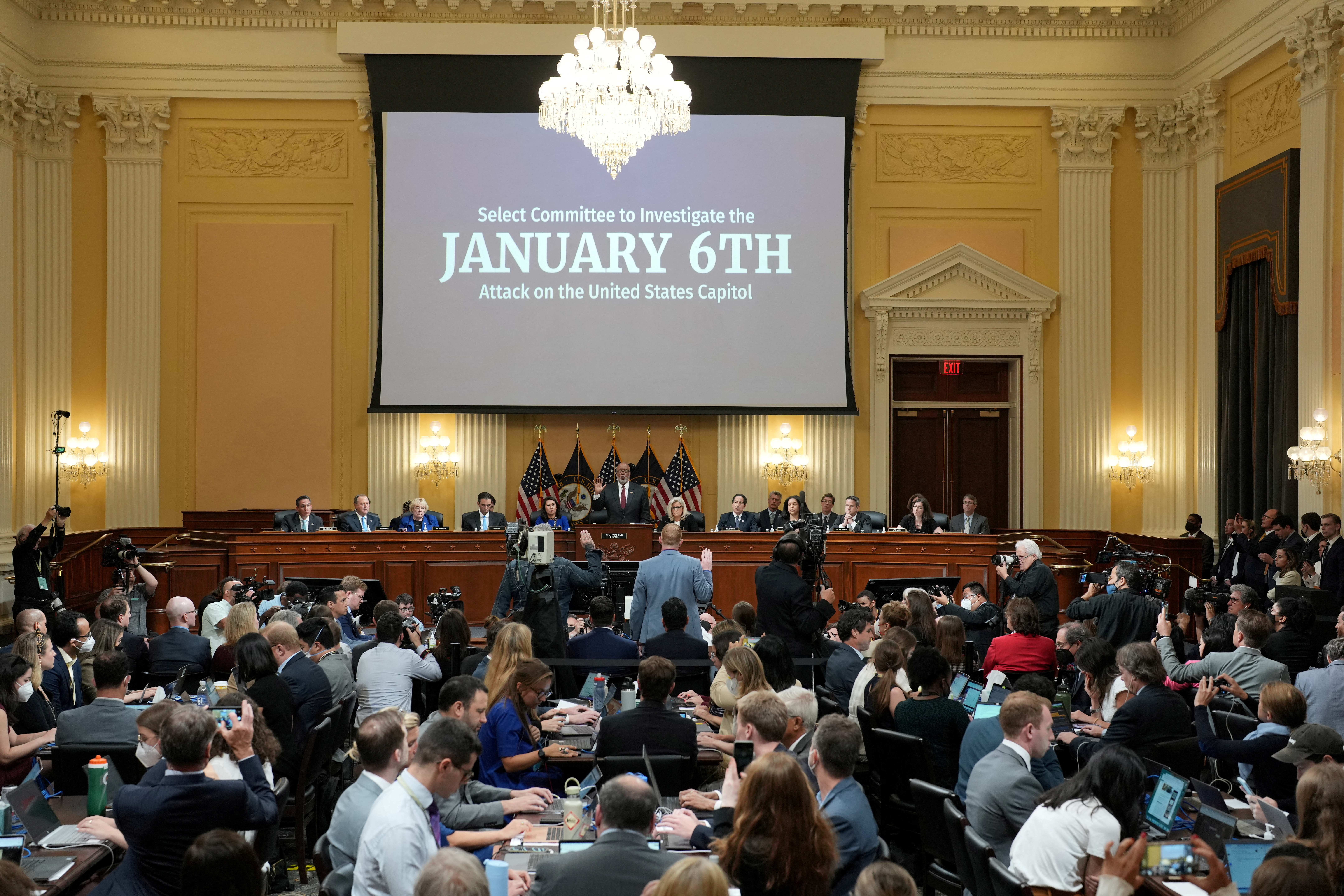 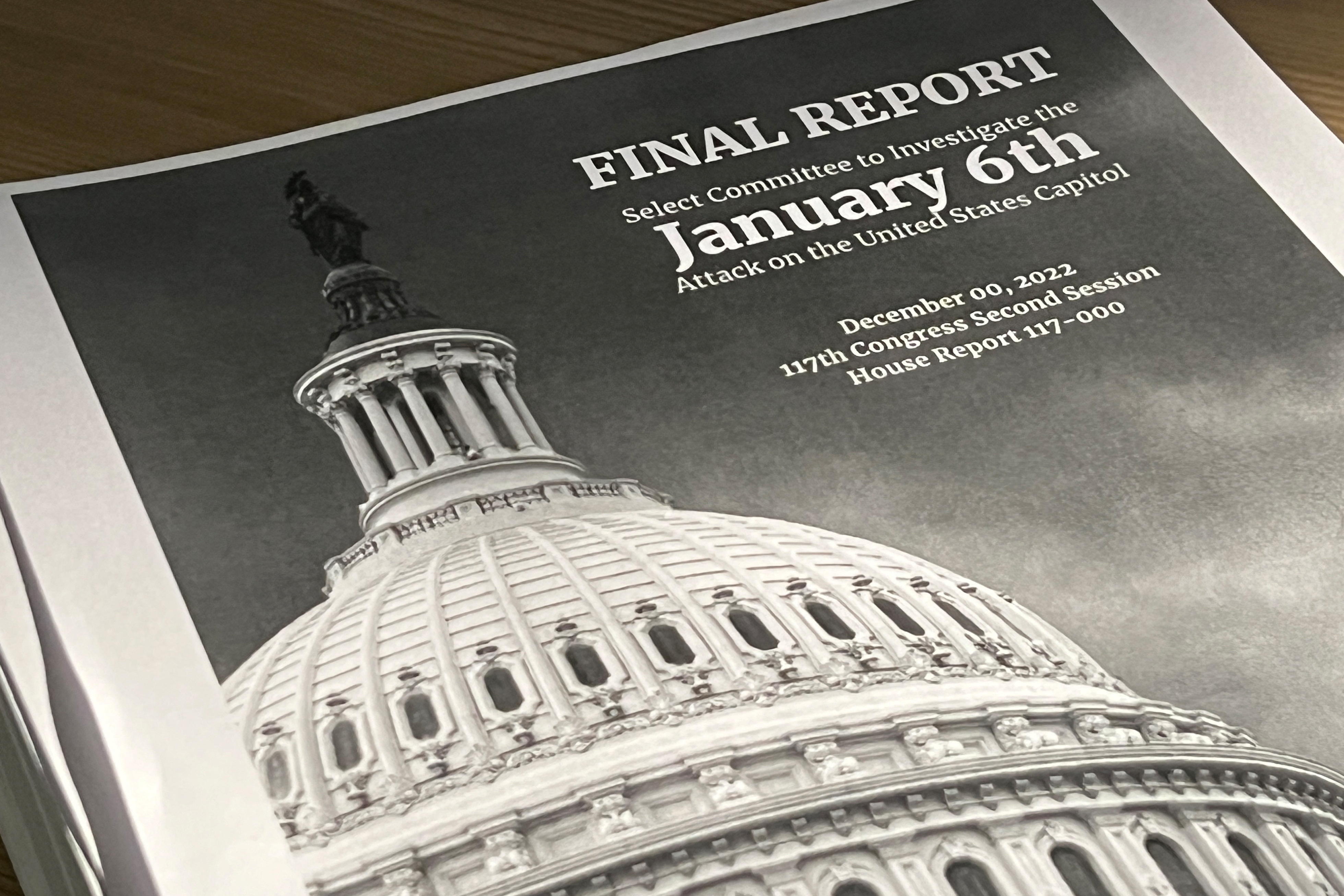 A copy of the printed final report by the congressional panel probing the Jan. 6, 2021 attack on the U.S. Capitol, outlining its case that former U.S. President Donald Trump should face criminal charges of inciting the deadly riot, is seen in a photo illustration in Washington, U.S. December 23, 2022. REUTERS/Julio-Cesar Chavez 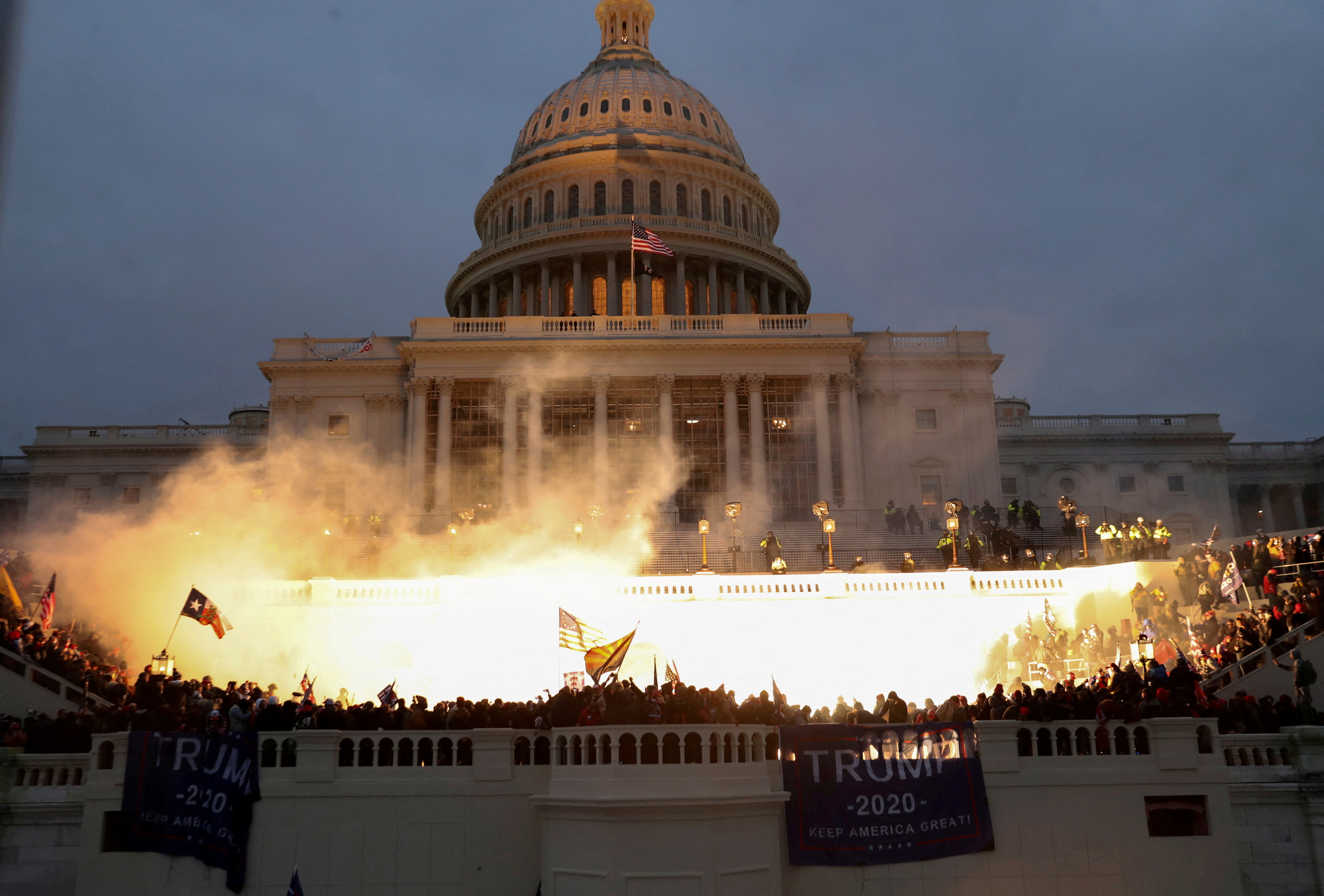 An explosion caused by a police munition is seen while supporters of U.S. President Donald Trump gather in front of the U.S. Capitol Building in Washington, U.S., January 6, 2021. Leah Mills/REUTERS