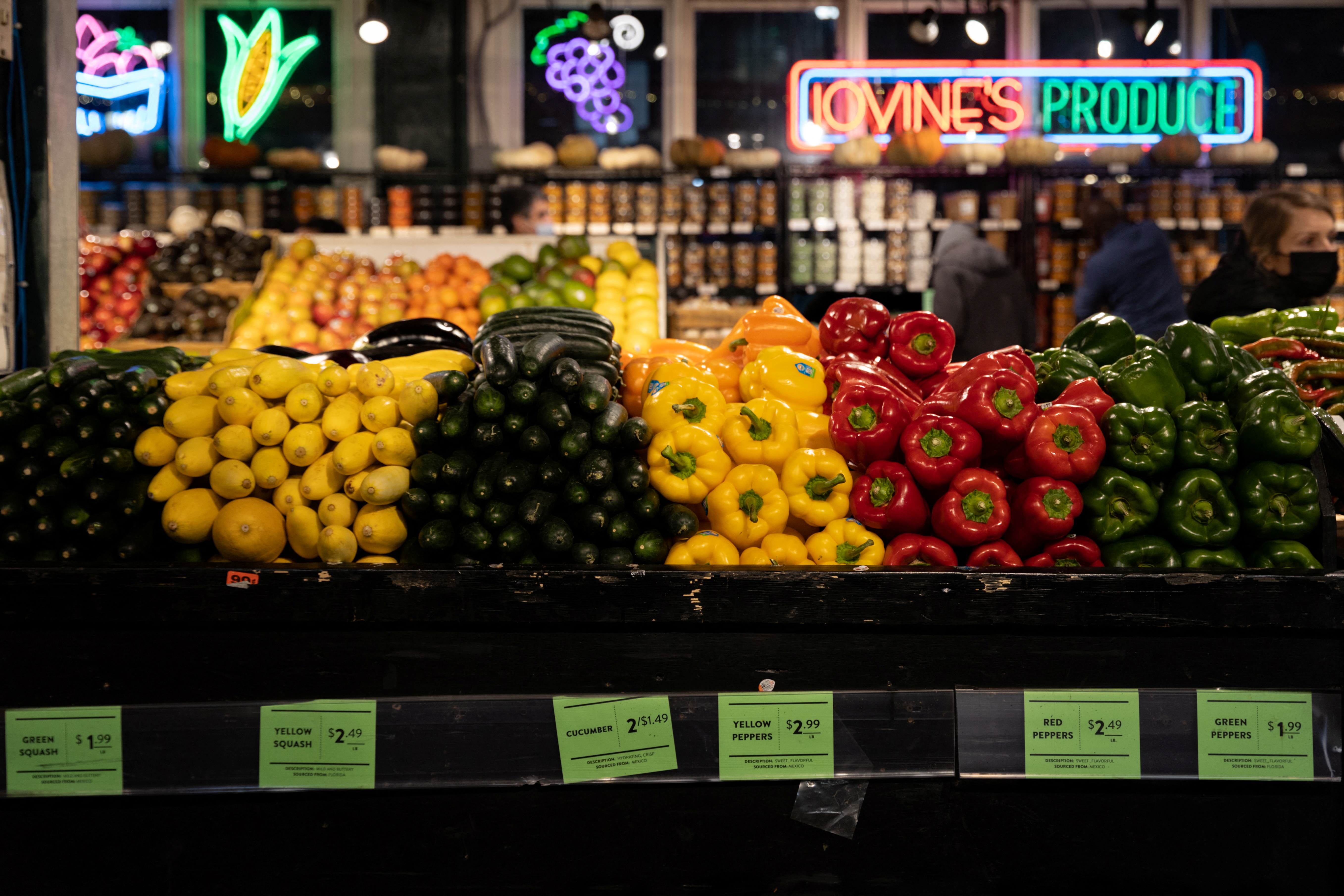 Vegetables are pictured at a produce shop at Reading Terminal Market after the inflation rate hit a 40-year high in January, in Philadelphia, Pennsylvania, U.S. February 19, 2022. REUTERS/Hannah Beier

U.S consumer prices barely rose in November amid declines in the cost of gasoline and used cars, leading to the smallest annual increase in inflation in nearly a year, which could give the Federal Reserve cover to start scaling back the size of its interest rate increases on Wednesday.

The consumer price index increased 0.1% last month after advancing 0.4% in October, the Labor Department said on Tuesday. Economists polled by Reuters had forecast the CPI gaining 0.3%.

In the 12 months through November, the CPI climbed 7.1%. That was the smallest advance since December 2021, and followed a 7.7% rise in October. The annual CPI peaked at 9.1% in June, which was the biggest increase since November 1981.

Annual inflation is slowing in part as last year’s big increases drop out of the calculation. The Fed’s aggressive monetary policy stance is also dampening demand.

The report was published as officials at the U.S. central bank gathered for their final two-day policy meeting of the year. The Fed – in the midst of the fastest rate-hiking cycle since the 1980s – is expected to lift rates by 50 basis points on Wednesday, snapping a string of four straight 75-basis-point increases.

Fed Chair Jerome Powell said last month that the central bank could scale back the pace of its interest rate hikes “as soon as December.”

Excluding the volatile food and energy components, the CPI increased 0.2% last month after rising 0.3% in October. In the 12 months through November, the so-called core CPI advanced 6.0% after increasing 6.3% in October.

Though independent rent measures suggest rental inflation is moderating, that is not expected to show in the CPI data until sometime next year. The still-high core inflation readings have left economists anticipating that the Fed will continue to tighten monetary policy for a while even as it slows the pace of rate increases on Wednesday.

Economists expect the Fed to lift its policy rate to a level higher than the recently projected 4.6%, where it could stay for some time. They expect the central bank to raise its estimate for the so-called terminal rate on Wednesday.