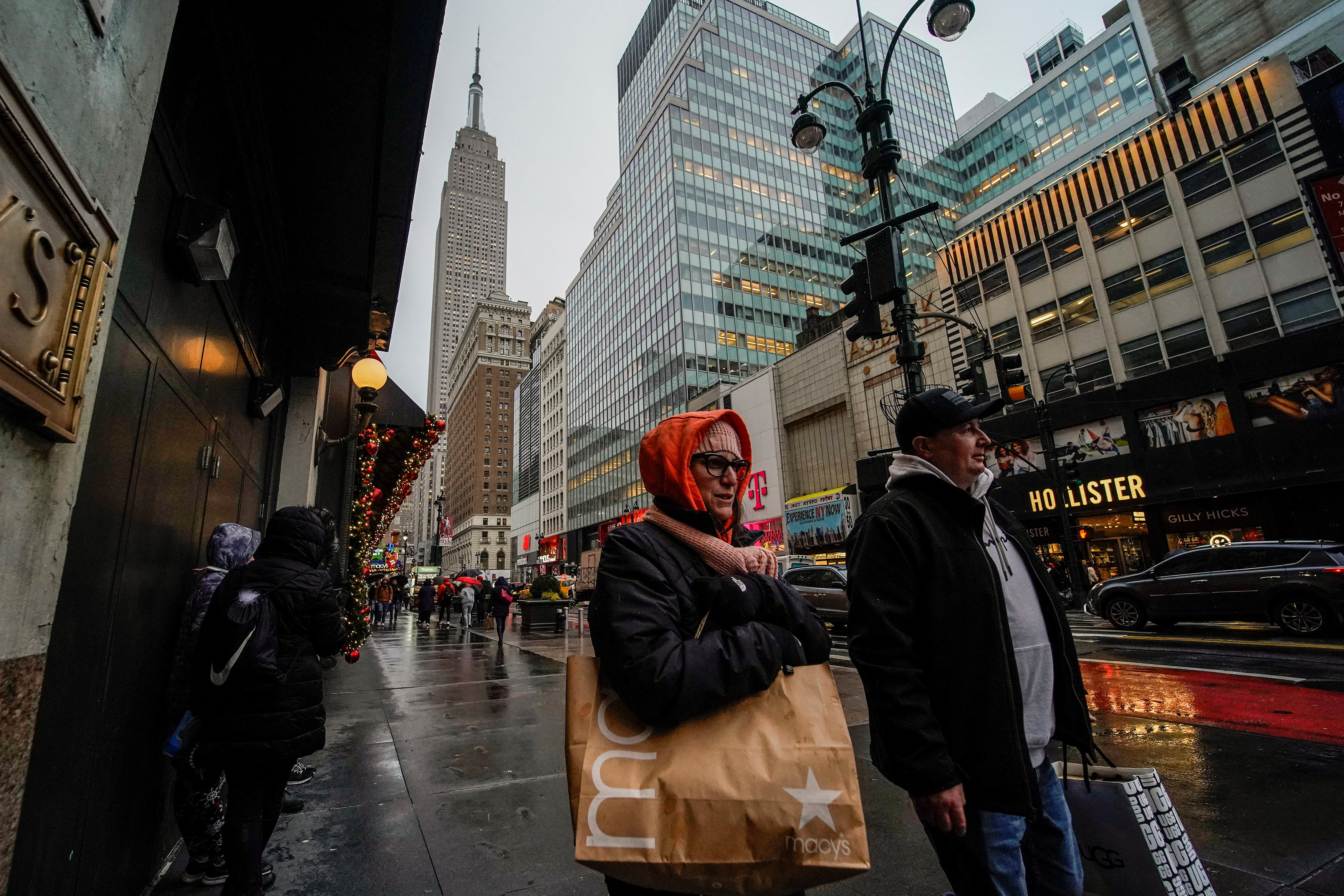 U.S. consumer spending barely rose in November, while annual inflation increased at its slowest pace in 13 months, but demand is probably not cooling fast enough to discourage the Federal Reserve from driving interest rates to higher levels next year.

Slowing economic activity heading into 2023 amid rising borrowing costs was also flagged by other data from the Commerce Department on Friday showing a modest gain in orders for locally manufactured capital goods last month. The U.S. central bank is trying to slow demand for everything from housing to labor as it fights to bring inflation back to its 2% target.

“The economy is moving in the right direction from the Fed’s perspective, but not quickly enough,” said Gus Faucher, chief economist at PNC Financial in Pittsburgh, Pennsylvania.

Consumer spending, which accounts for more than two-thirds of U.S. economic activity, edged up 0.1% after surging 0.9% in October. Economists polled by Reuters had forecast consumer spending rising 0.2%.

Some of the moderation in spending reflected a shift in demand from goods to services. Slowing price increases for some goods also lowered the dollar amount of consumer spending.

Spending on long-lasting manufactured goods dropped 2.3%, led by decreases in purchases of motor vehicles. There were additional drags to spending from household furnishings and other equipment as well as recreational goods and vehicles.

Outlays on services increased 0.7%, lifted by housing and utilities as well as financial services and insurance. They offset decreases in air transportation services.

In the 12 months through November, the PCE price index increased 5.5%. That was the smallest annual gain since October 2021 and followed a 6.1% advance in October.

The Fed tracks the PCE price indexes for monetary policy. President Joe Biden welcomed the cooling inflation, which has been evident in other price measures, but warned of bumps ahead.

“There will be more ups and downs in the year ahead, but we are making progress building an economy from the bottom up and the middle out and I’m optimistic for the year ahead,” Biden said in a statement.

“Inflation continues to slow down, which is good news for the Fed’s most important objective, but unfortunately for the market, it is happening at the same time as consumers are reducing their spending,” said Chris Zaccarelli, chief investment officer at Independent Advisor Alliance in Charlotte, North Carolina.

When adjusted for inflation, consumer spending was flat last month after rising 0.5% in October.

Nevertheless, consumer spending is on track to provide another boost to economic growth this quarter because of October’s solid increase and subsiding inflation. The economy grew at a 3.2% annualized rate last quarter after contracting in the first half of the year. Growth estimates for the fourth quarter are as high as a 3.7% pace.

Consumer spending is being supported by solid wage gains, thanks to a tight labor market, as well as savings accumulated during the first year of the COVID-19 pandemic.

Though the saving rate climbed to 2.4% from 2.2% in October, it remains near record lows.

Economists are cautiously optimistic that the Fed would probably not need to raise its policy rate much higher than currently projected, which would result in only a mild recession. Much depends on the labor market.

“If inflation continues to moderate, albeit slowly, and the Fed doesn’t push policy rates much above 5%, the economy should skirt by with just a shallow downturn,” said Sal Guatieri, a senior economist at BMO Capital Markets in Toronto.

A second report from the Commerce Department showed orders for non-defense capital goods excluding aircraft, a closely watched proxy for business spending plans, rose 0.2% in November. These so-called core capital goods orders increased 0.3% in October. The data is not adjusted for inflation.

Slowing price increases, a strong dollar and the shift in spending from goods to services likely contributed to the moderation in orders. Shipments of core capital goods dipped 0.1% after increasing 1.4% in October.

A third report from the Commerce Department showed new home sales increased for a second straight month in November, likely as Americans took advantage of a retreat in mortgage rates and incentives from desperate builders. The overall housing market, however, remains depressed.

“We see limited upside for new home sales in the months ahead, but the incentives offered by homebuilders and the recent decline in mortgage rates may keep a floor under sales,” said Nancy Vanden Houten, lead U.S. economist at Oxford Economics in New York.