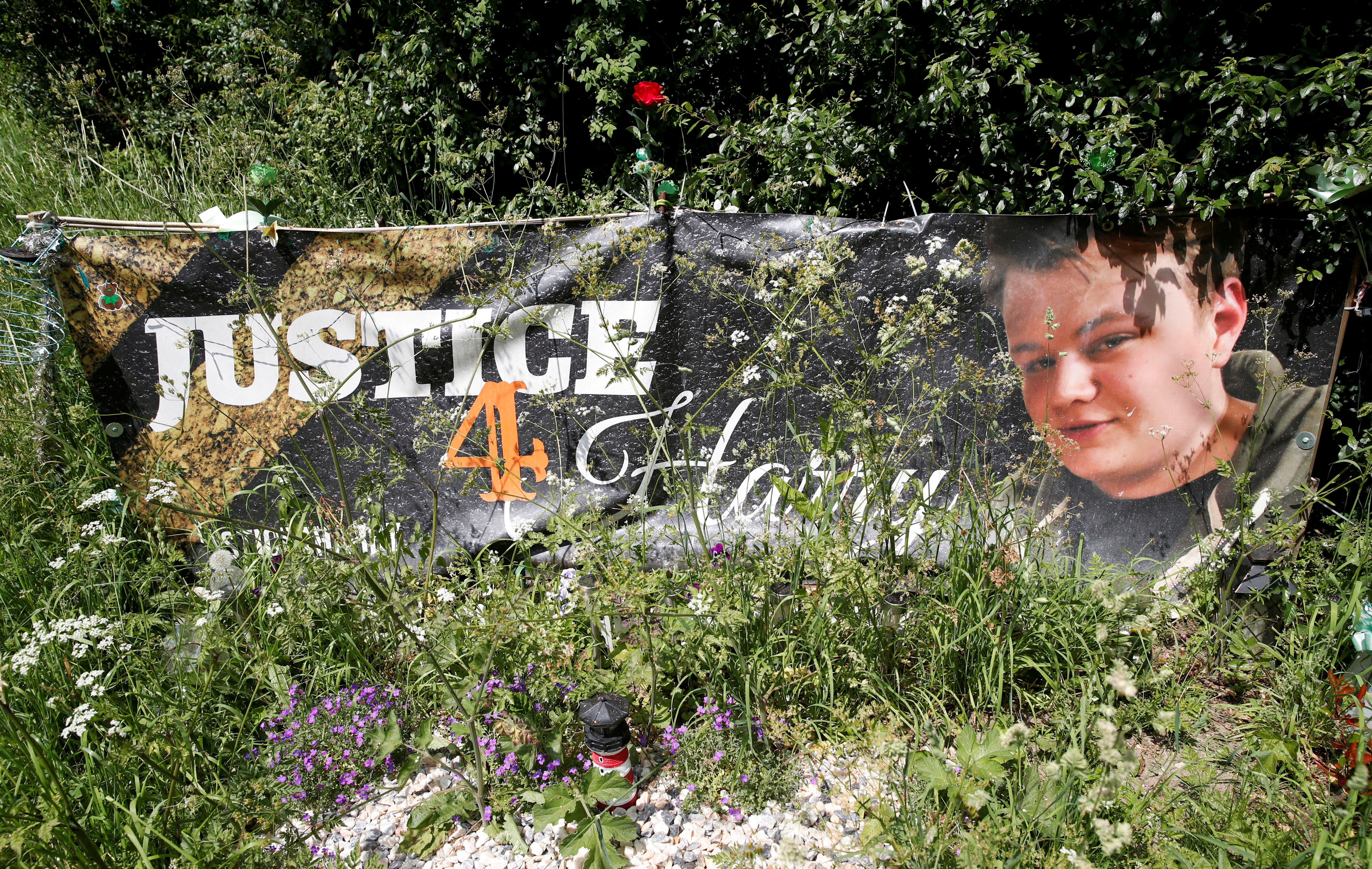 A banner and a memorial area for British teenager Harry Dunn who died in a road traffic collision is pictured near to the entrance of RAF Croughton, in Croughton, near Brackley, Britain June 11, 2021. REUTERS/Andrew Boyers/File Photo

Anne Sacoolas, the wife of a U.S. diplomat, will not return to Britain for sentencing this week after admitting causing the death of a teenager by driving carelessly in England three years ago, a British court has said.

Harry Dunn, 19, died in August 2019 after his motorcycle was hit by a car driven on the wrong side of the road by Sacoolas near RAF Croughton, an air force base in the English county of Northamptonshire that is used by the U.S. military.

Sacoolas, whose husband worked as a U.S. intelligence officer at the base, left Britain shortly after the accident, claiming diplomatic immunity from criminal prosecution and the United States refused to extradite her.

In October, appearing at London’s Old Bailey court by videolink from the United States, Sacoolas denied causing death by dangerous driving but admitted the less serious charge. The judge had previously directed that she attend the sentencing, due to take place on Thursday, in person.

The Old Bailey said in a statement on Tuesday that an application for Sacoolas to take part and be sentenced via videolink had been renewed.

“The defence have supplied material in support of the application including evidence that Mrs Sacoolas’ government employer has advised her not to attend in person. The judge has granted the application,” the statement said.

Radd Seiger, a spokesperson for Dunn’s family, said they were “horrified”.

“On the face of it, it appears that this is nothing short of a cowardly act on the part on an oppressor,” he said, adding that he had asked for an urgent meeting with Foreign Secretary James Cleverly to ask what action the government would take.

The crash led to a diplomatic spat between London and Washington, with the British government backing the call for Sacoolas to be prosecuted.

The charge she admitted carries a maximum jail term of five years but guidelines suggest either a community order or a shorter prison sentence.