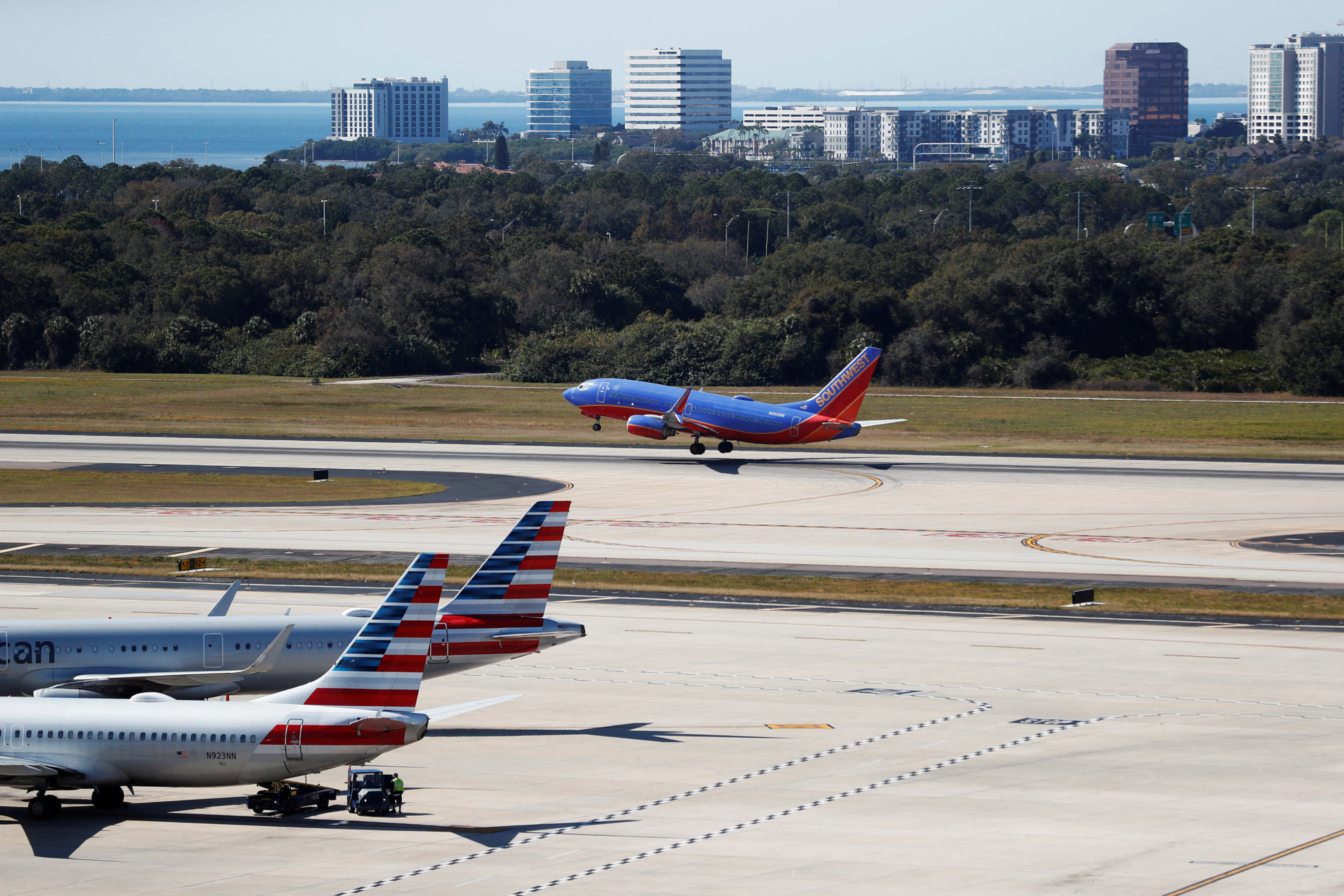 A Southwest airplane takes off at the Tampa International Airport as airports around the country are awaiting for Verizon and AT&T to rollout their 5G technology, in Tampa, Florida, U.S., January 19, 2022. REUTERS/Octavio Jones

A problem with a critical air traffic control system that caused flight delays at major airports in Florida on Monday has been fixed, the Federal Aviation Administration (FAA) said.

“The computer issue has been resolved. The FAA is working toward safely returning to a normal traffic rate in the Florida airspace,” the U.S. agency said in a statement.

A problem with the functioning of a system known as the En Route Automation Modernization (ERAM) used to control air traffic prompted the FAA on Monday afternoon to issue a so-called ground stop order, slowing traffic into Florida airports.

The issue was the latest problem to hamper U.S. travel after a massive winter storm during the Christmas holiday season crippled operations at low-cost carrier Southwest Airlines (LUV.N), forcing it to cancel thousands of flights.

The problem with the ERAM system at a major regional air traffic control center in Miami was behind dozens of flight delays at the Miami International Airport and also flights into other airports in the southern U.S. state.