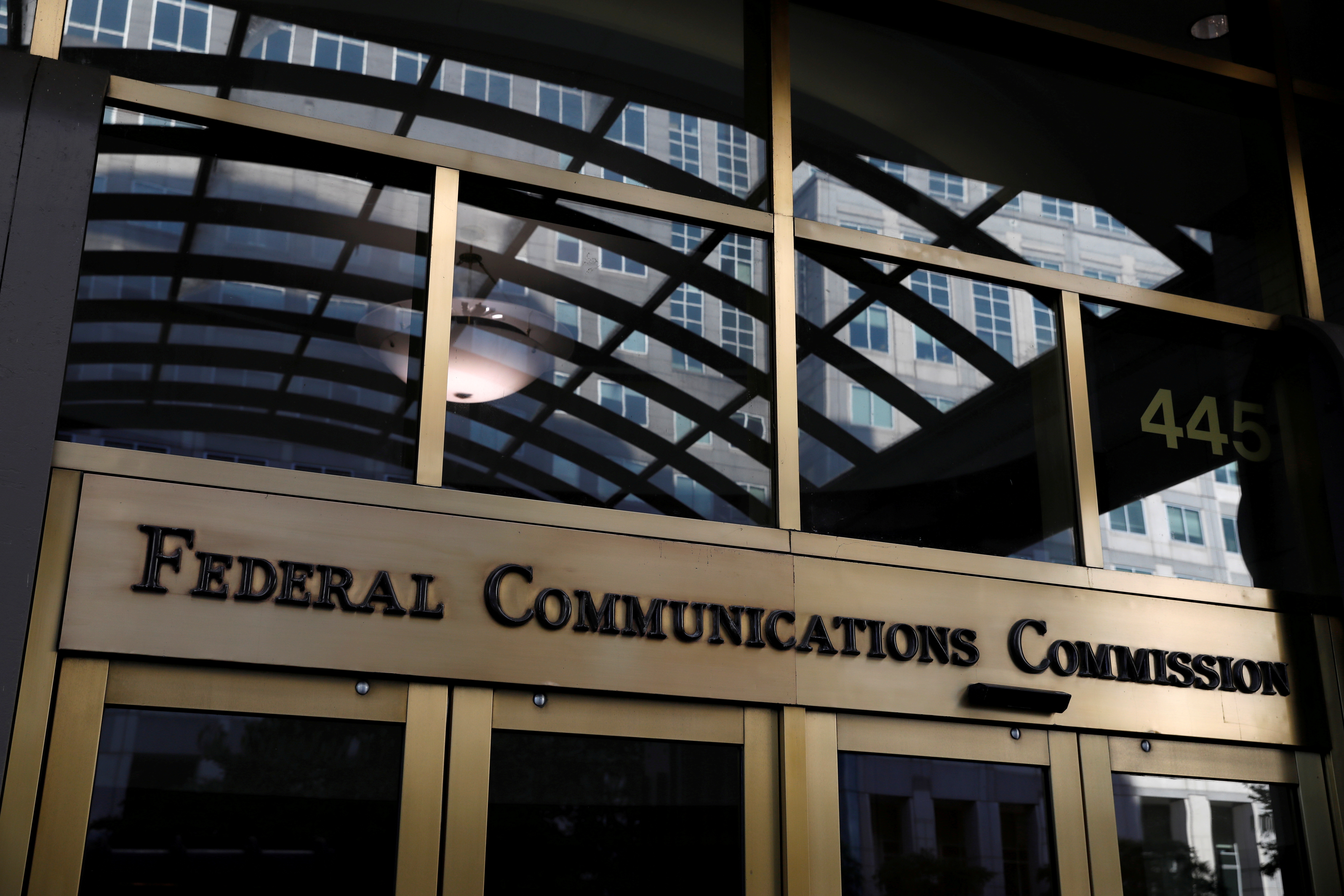 Signage is seen at the headquarters of the Federal Communications Commission in Washington, D.C., U.S., August 29, 2020. REUTERS/Andrew Kelly

The U.S. Federal Communications Commission (FCC) on Wednesday proposed new rules to make licensed radio spectrum in the 5 GHz band for the rising number of unmanned aircraft systems, or drones, in use.

Currently, drones typically operate under unlicensed and low-power wireless communications rules or experimental licenses. The FCC also said it is seeking comment on whether current rules for various spectrum bands are sufficient to ensure co-existence of drones and terrestrial mobile operations. The FCC is also proposing a process for drone operators to obtain a license in the aeronautical VHF band to communicate with air traffic control and other aircraft.

“The FCC must ensure that our spectrum rules meet the current – and future – spectrum needs of evolving technologies such as unmanned aircraft systems, which can be critical to disaster recovery, first responder rescue efforts, and wildfire management,” FCC Chair Jessica Rosenworcel said.

Because drones are usually operated remotely, they depend “critically on wireless communications between a ground-based control station and the (drone) to control the flight,” the FCC said.

The FCC said as drone flights “increasingly involve operations with a higher risk profile, such as flights that use large aircraft, carry heavy cargo or human passengers, or travel into the controlled airspace used by commercial passenger aircraft, operators have a growing need for the greater reliability that interference-protected licensed spectrum provides.”

Rules adopted by the Federal Aviation Administration (FAA) for small drones to fly over people and at night took effect in April 2021.

The drone identification rules require they broadcast remote ID messages via radio frequency broadcast but eliminated proposed earlier requirements drones be connected to the internet to transmit location data. Those requirements were upheld by a federal appeals court in July.