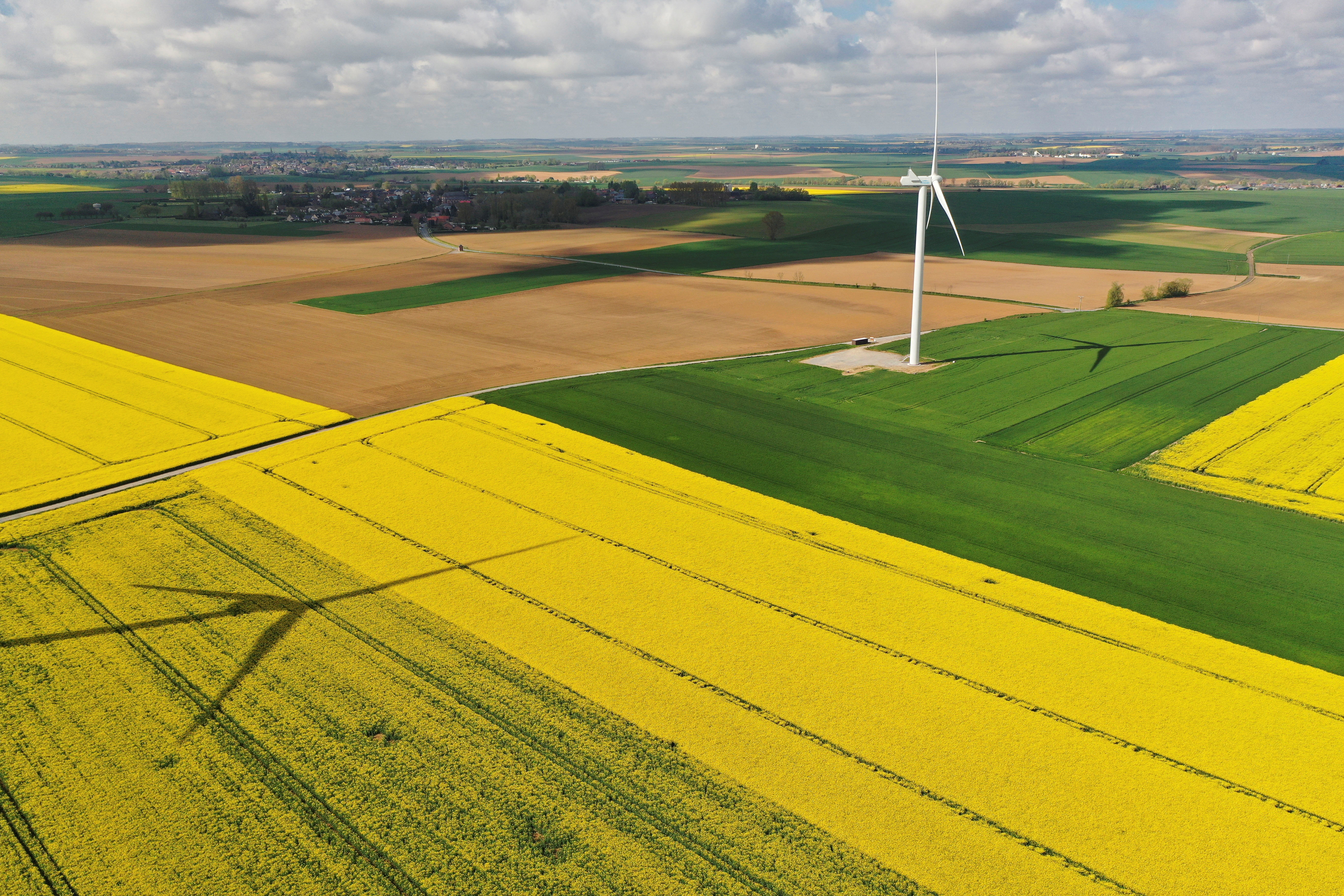 An aerial view shows a power-generating windmill turbine in the middle of rapeseed fields, in Saint-Hilaire-lez-Cambrai, France, May 7, 2021. Picture taken with a drone. REUTERS/Pascal Rossignol/File Photo

A movement by financial firms and activists to challenge companies over their efforts on climate change and social inequality faced organised and growing push-back in 2022, led by Republican U.S. politicians.

A rise in oil prices this year bolstered their case by hurting the performance of many ESG funds that had moved away from energy stocks, responsible for producing a large share of climate-damaging carbon emissions.

Despite that, the list of financial firms signing up to industry coalitions aiming to help companies make the shift to a low-carbon economy lengthened as scientists warned time was running out to limit global warming.

In the eye of the storm for much of the year was BlackRock (BLK.N), the world’s biggest money manager, whose chief executive kicked off the year with a defence of ESG investing in a letter to peers.

BlackRock, along with JPMorgan (JPM.N), Goldman Sachs (GS.N), Morgan Stanley (MS.N) and Wells Fargo & Co (WFC.N), was later barred from winning state business from West Virginia because of its stance on climate change.

Other states followed, with Texas accusing BlackRock and banks including Bank of America (BAC.N) of ‘boycotting’ fossil fuel companies in the transition to a greener economy. Florida said it would pull $2 billion in investments from BlackRock.

The pressure was not all one way, though, with left-leaning groups such as the Sierra Club and Democratic state officials, which collectively have more money to invest, calling for BlackRock and others to stand firm or be even more ambitious in its climate efforts.

The criticism comes at a critical time for global climate efforts. A landmark U.N. report earlier this year said time was running out to cap global warming at 1.5 degrees Celsius by 2050.

The pressure from the Republican politicians has already had a chilling effect, with the world’s biggest mutual fund manager Vanguard recently pulling out of the Net Zero Asset Managers (NZAM) initiative, a group of investors pushing for net-zero emissions, citing a need to demonstrate its independence.

In the world of regulation, meanwhile, the Securities and Exchange Commission (SEC) has faced pressure to scale back planned rules on climate-related financial disclosures.

Given the United States is the biggest economy in the world with many large multi-national companies, any fracturing of the regulatory response from the world’s leading markets could dull their collective impact.

With a number of investigations into finance-linked ESG activities still in train across various states, the prospect of a let-up in pressure in 2023 is slim.

Market watchers will be looking to see how leading investors exercise their voting power in the season for annual shareholder meetings, although BlackRock has already said it does not expect much change from last year.

The outcome of the SEC’s climate disclosure rules, as well as its efforts to rein in ‘greenwashing’, where firms issue misleading statements around their environmental efforts, will all help shape the future for ESG in the country.

For some, the ESG question is even more existential: has it become so politicised that firms decide not to use it in marketing and corporate communications, maybe opting for other, less loaded words?

Explore the Reuters’ round-up of news stories that dominated the year, and the outlook for 2023