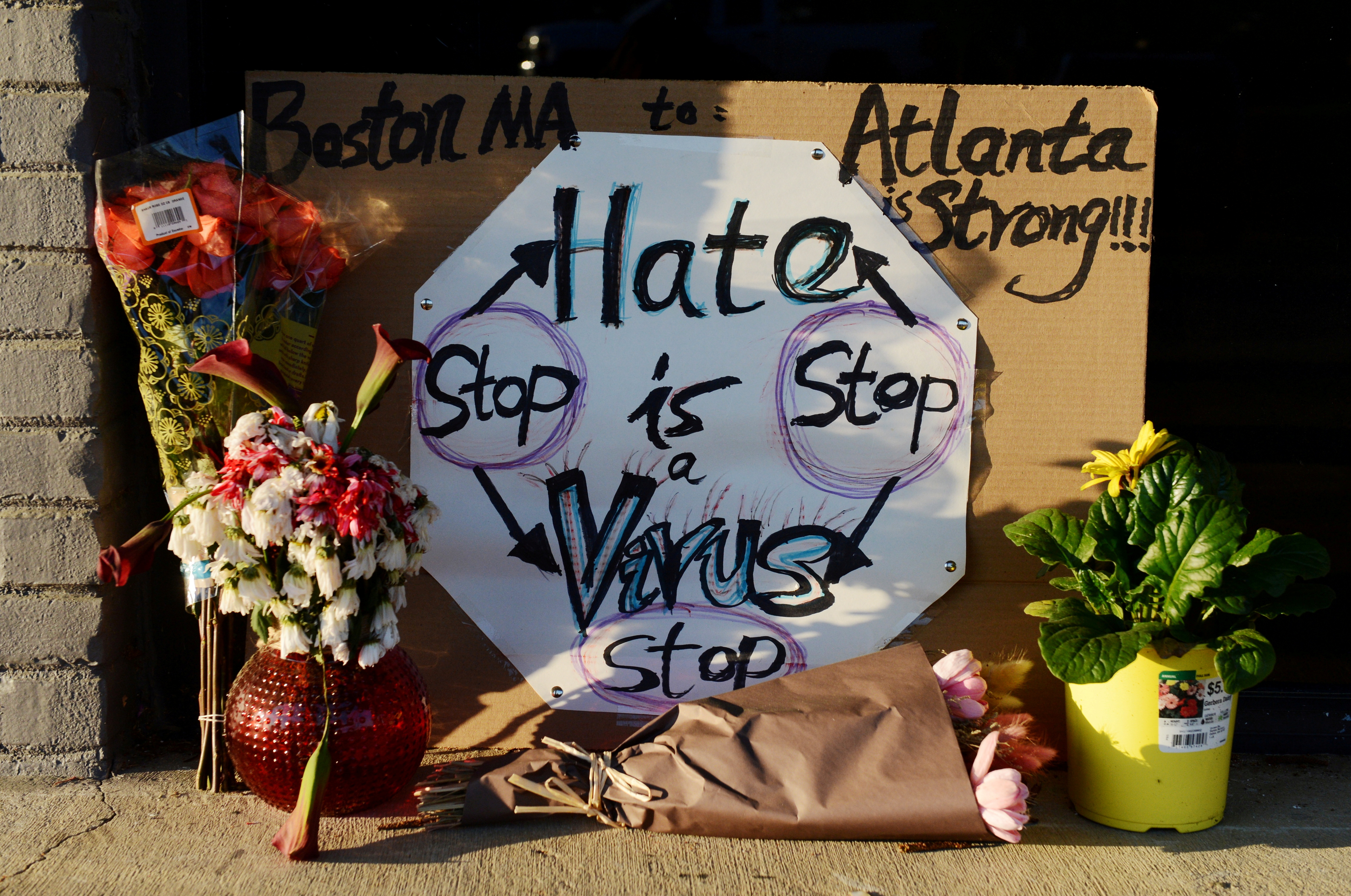 A small floral memorial appears to have been placed recently outside Young’s Asian Massage in Acworth, four weeks after the deadly shootings in Acworth and Atlanta, Georgia, U.S., April 13, 2021. REUTERS/Bita Honarvar/File Photo

U.S. hate crime incidents dropped in 2021 from a two-decade high in 2020, according to FBI data released on Monday, but the agency acknowledged that the figures exclude totals from more than one-third of the country’s law enforcement agencies.

Overall, more than 7,200 hate crimes were reported in 2021, about 1,000 fewer than a year earlier. More than 60% of the reported incidents were based on race, ancestry or ethnicity, while about one in six were classified as sexual orientation-bias crimes and one in seven as religion-bias crimes.

Fewer than 12,000 of the country’s nearly 19,000 law enforcement agencies reported hate crime data to the FBI in 2021, compared with more than 15,000 in 2020, largely due to the implementation of a new data reporting system in 2021. The missing police departments included those in New York and Los Angeles, the two biggest U.S. cities.

The new system is intended to provide the FBI with more granular data, but some states and major departments have yet to switch from the previous system, the Justice Department said.

Several anti-discrimination organizations warned that the data did not capture the full extent of U.S. hate crimes.

“The failure by major states and cities across the country to report hate crime data essentially – and inexcusably – erases the lived experience of marginalized communities across the country,” said Jonathan Greenblatt, chief executive of the Anti-Defamation League, which is devoted to fighting anti-Semitism, in a statement.

Outside groups that track police data have found that hate crimes rose in 2021, extending a recent trend. The Center for the Study of Hate and Extremism at California State University in San Bernardino reported this year that a survey of data from 18 states and Washington, D.C., showed a 21% increase in hate crimes from 2020 to 2021 to a total of 8,896, more than the FBI’s nationwide figures.