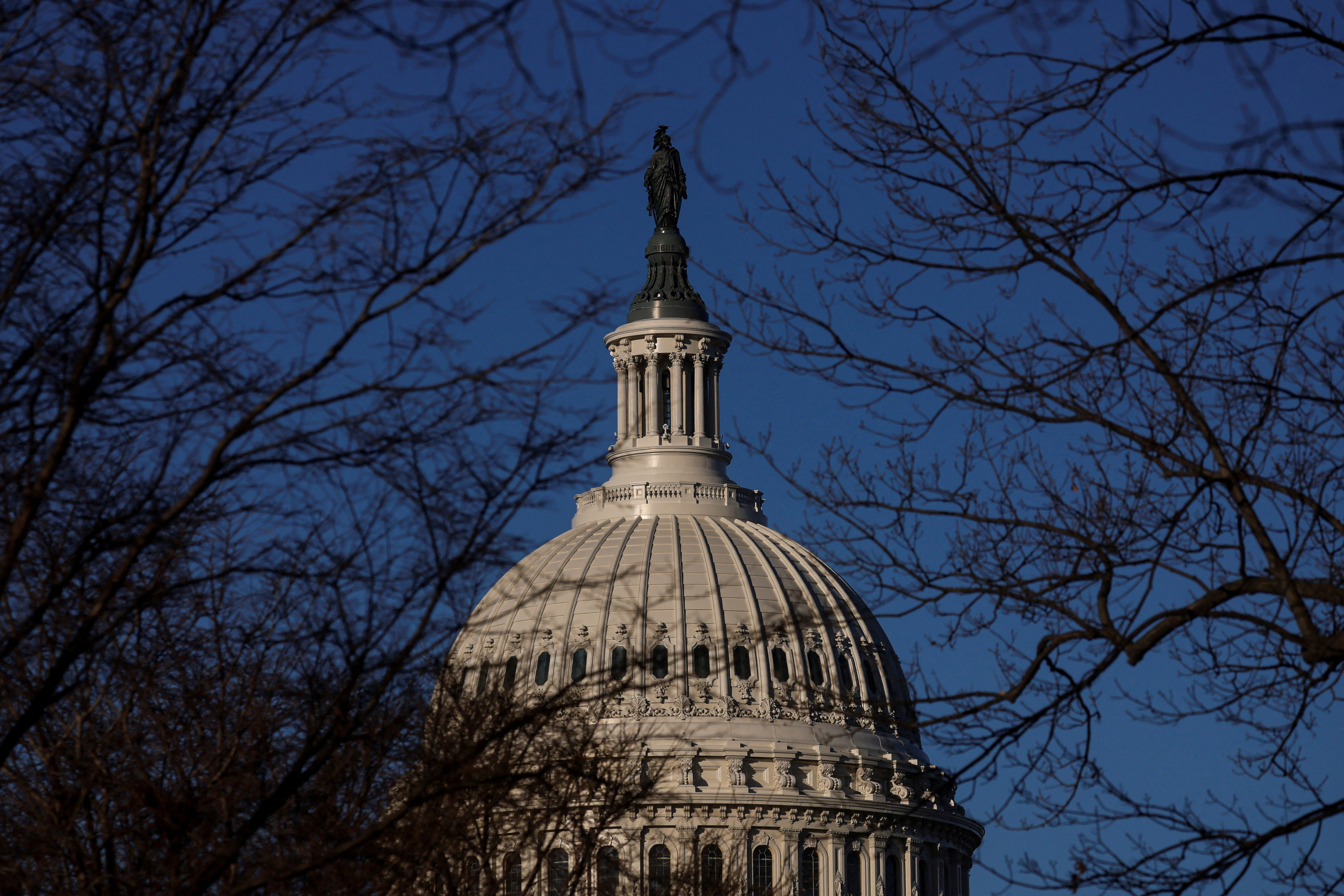 A view of the U.S. Capitol building as the sunrises in Washington, U.S., February 10, 2022. REUTERS/Brendan McDermid/File Photo

A bill protecting federal recognition of same-sex marriages that has the support of both LGBT advocates and religious groups is expected to pass the U.S. House of Representatives on Tuesday with bipartisan support, a sign of a significant cultural shift in a divided nation.

The Respect for Marriage Act, which passed the U.S. Senate last week, was designed as a backstop to the 2015 Supreme Court ruling that legalized same-sex marriage nationwide, known as Obergefell v. Hodges.

The legislation would allow the federal government to continue recognizing same-sex and interracial marriages in states where they were legally performed, should the court strike down Obergefell, a concern raised after the court ended the nationwide right to abortion in June.

A bipartisan amendment added in November affirmed that the bill would not subvert existing religious freedoms, helping quell initial opposition by conservatives. The bill, which was spearheaded by a group of Democratic and Republican senators, gained the backing of several national religious groups.

Paul Brandeis Raushenbush, an American Baptist reverend and president of Interfaith Alliance, said the support for the bill from religious groups showed that many had undergone a “remarkable transformation” in the way they perceive same-sex marriage.

He attributed the shift partly to the fact that such marriages had ceased to be unusual in the United States since the Supreme Court legalized them.

“The sky didn’t fall because same-sex marriage began happening,” said Raushenbush, who is in a same-sex marriage himself. “The specter of same-sex couples getting married no longer feels scary because it’s quite commonplace.”

The amendment’s support from various religious groups that are theologically opposed to same-sex marriage reflects the fact that attitudes have changed, said Tim Schultz, the president of the 1st Amendment Partnership, which advocates for religious liberty.

“Fighting a permanent culture war over gay rights is not in their interest as religious organizations,” he said. “They believe that seeking common ground is in the interest of religious freedom, the common good and how they portray their faith to the world.”

Other religious groups, such as the Southern Baptist Convention, strongly opposed the legislation even after the religious freedom protections were added.

“The ability of (Baptist) organizations to follow their consciences as they carry out their work has already been a source of conflict,” Brent Leatherwood, president of the convention’s Ethics and Religious Liberty Commission, said. “Those waters will only be further muddied by [the law].”

Several conservative senators pushed back against this characterization of the bill, which ultimately received support from a dozen Republicans.

The legislation “offers far more in the way of religious liberty protections than currently under Obergefell, which leaves all such decisions up to the courts,” Republican Senator Todd Young wrote in a newspaper opinion piece declaring his support for the bill last week.

The vote comes the day after the Supreme Court appeared ready to rule that a Christian Web designer has the right to refuse to provide services for same-sex marriages, in arguments challenging a Colorado law banning discrimination.