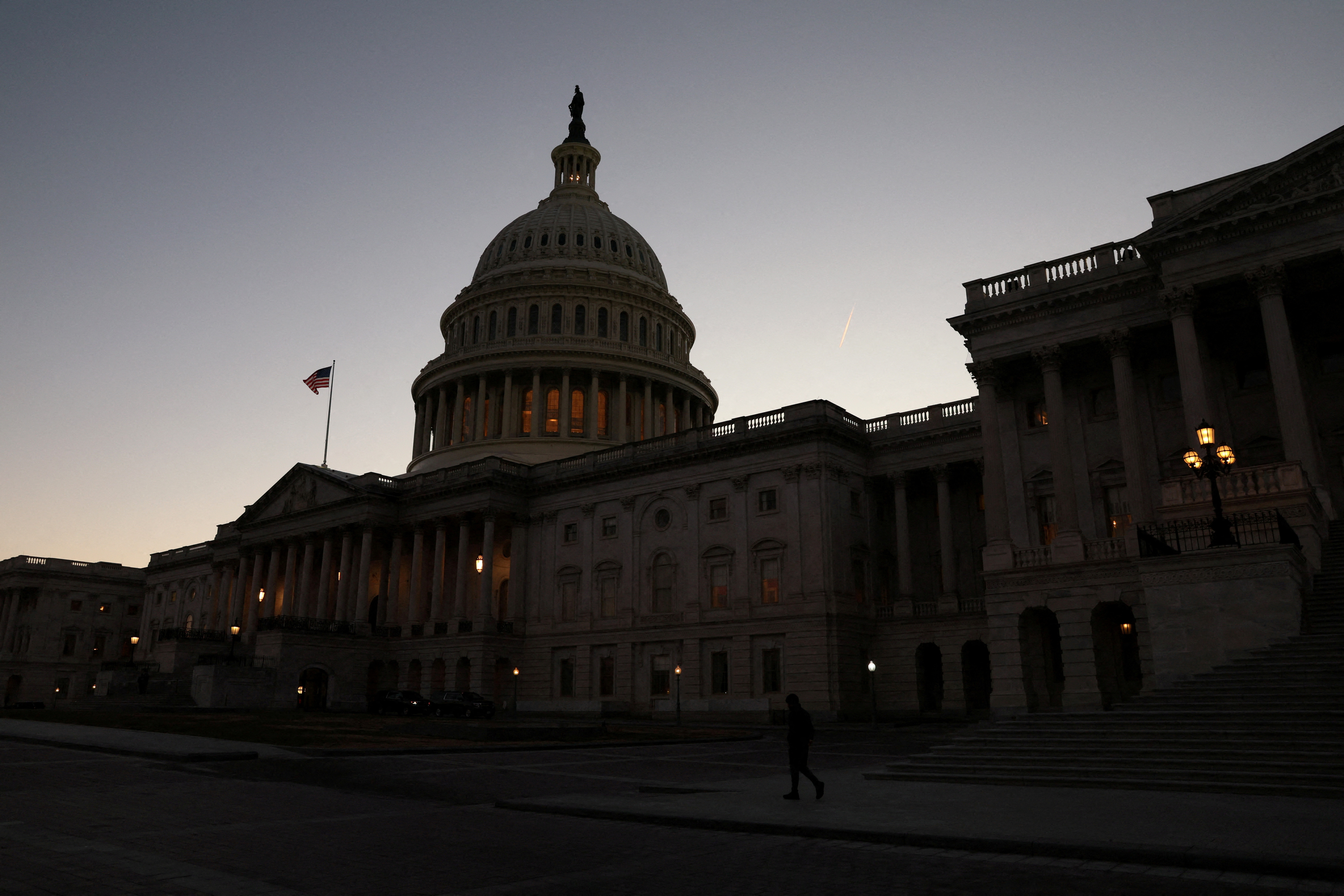 A person walks past the U.S. Capitol building at sunset as the Republican-controlled House of Representatives reconvenes on Capitol Hill in Washington, U.S., January 9, 2023. REUTERS/Leah Millis/File Photo

The U.S. House of Representatives overwhelmingly passed a bill on Thursday to ban releases of oil from the U.S. Strategic Petroleum Reserve from being exported to China, though the measure faces an uncertain future in the Senate.

The bill passed 331-97 in the House, which Republicans took narrow control of this month. All of the “no” votes came from Democrats.

The issue of U.S. oil exports to China became a rallying call for Republicans last year when President Joe Biden, a Democrat, announced the sale of 180 million barrels from the SPR to tame oil prices that rose due to Russia’s war on Ukraine.

But in all of 2020, when Republican Donald Trump was president, the United States exported 176 million barrels to China.

“We shouldn’t hand the keys to our energy future over to the Chinese Communist Party,” said Representative Cathy McMorris Rodgers, a Republican from Washington state. She said the Biden administration was “wasting our strategic reserves.”

The legislation is one of several “messaging bills” that Republicans are seeking to pass early this year to highlight the difference between the two political parties, said Benjamin Salisbury, an analyst at Height Capital Markets. “But to get legislation into law will require tough compromises” with the Senate, which is controlled by Democrats, he said.

The Biden administration has no set plans to conduct further sales from the SPR, though some smaller sales required by legislation passed by Congress in prior years could occur this year.

U.S. House lawmakers also voted overwhelming this week to create a select committee on China to counter Beijing’s growing international influence. House Speaker Kevin McCarthy said it would address issues such as bringing jobs back from China to the United States, securing intellectual property and bringing supply chains back to the country.