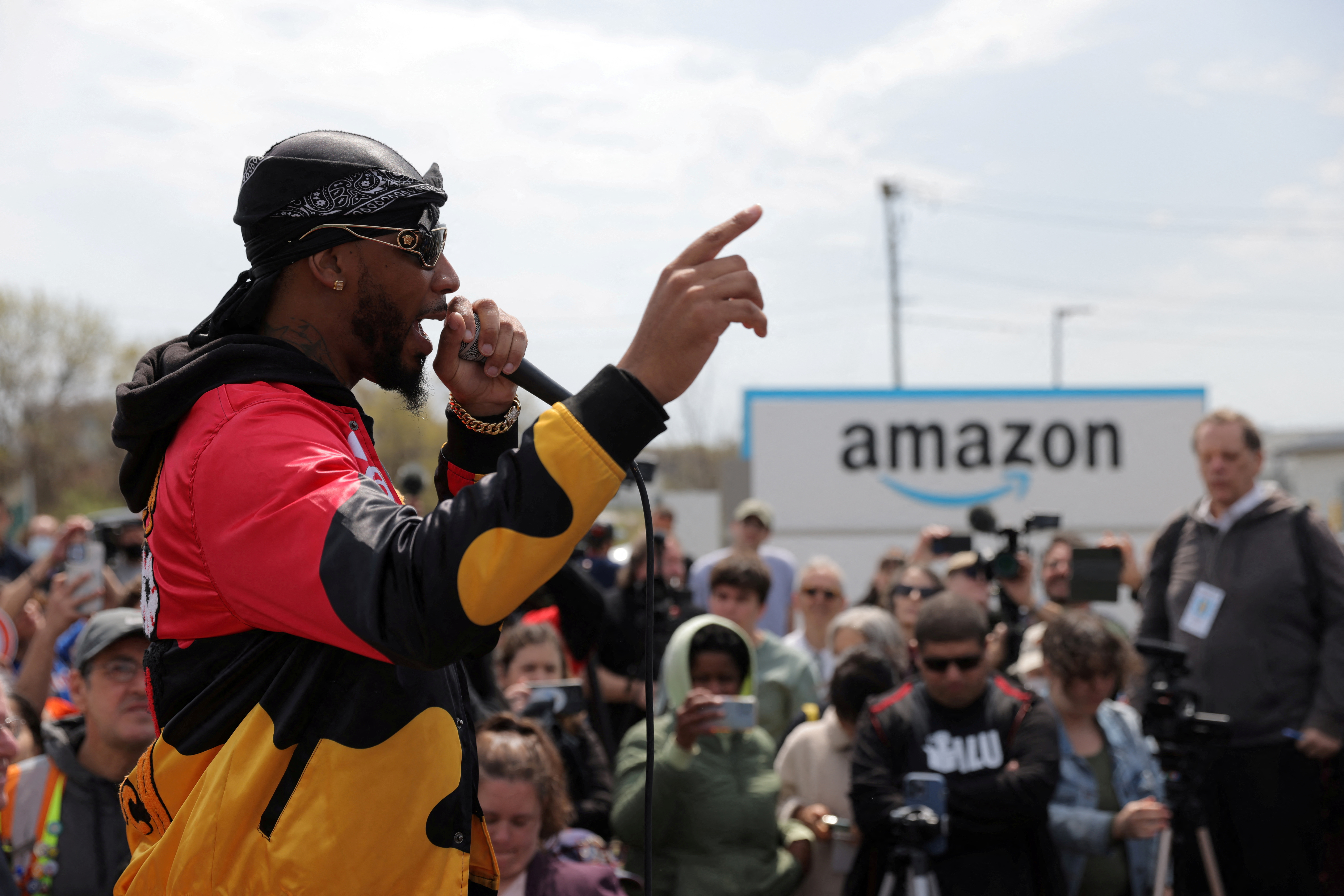 A U.S. appeals court on Tuesday seemed unlikely to revive claims that Amazon.com Inc (AMZN.O) fired New York warehouse worker Christian Smalls, a pivotal figure in a campaign to unionize the company’s workforce, because of his race.

A three-judge 2nd U.S. Circuit Court of Appeals panel in Manhattan suggested during a hearing in Smalls’ bid to revive a 2020 lawsuit that his firing had more to do with his complaints about safety conditions amid the COVID-19 pandemic than the fact that he is Black.

Amazon fired Smalls in March 2020, saying he joined a protest at the Staten Island warehouse where he supervised other workers despite being on paid quarantine after he had close contact with someone diagnosed with COVID-19.

Smalls in the lawsuit says he was targeted because of his race and his advocacy for the warehouse’s largely non-white workforce. The 2nd Circuit judges on Tuesday said he failed to back up those claims, echoing a New York federal judge who dismissed the case last year.

“He offers good reason to think they fired him because he was trying to organize,” but not because of racial tensions, Circuit Judge Guido Calabresi said.

Smalls and other workers at the warehouse founded the Amazon Labor Union, which in April won the first U.S. union vote in Amazon’s 27-year history. Workers at other Amazon warehouses in New York and Alabama have rejected unions.

Smalls became a high-profile figure after his firing, crossing the country to rally workers, leading a boycott of Amazon and testifying before the U.S. Senate in a jacket that read “Eat the Rich” across the back.

Michael Sussmann, a lawyer for Smalls, on Tuesday told the 2nd Circuit that Amazon knew race had played a role in Smalls’ complaints because workers at the warehouse are overwhelmingly Black and Hispanic while managers are mostly white.

“That can only be understood in America in 2020 as being at least in part about race,” Sussmann said.

But the broad allegations about Amazon’s failure to protect workers during the pandemic also implicated white employees, Jason Schwartz, a lawyer for the company, told the panel.

Smalls may have believed that Amazon’s practices were racially motivated, Schwartz said, but “Amazon is not required to read his mind.”