Rhodes, a Yale Law School-educated former U.S. Army paratrooper and disbarred attorney, was accused by prosecutors during an eight-week trial of fomenting a plot to use force to block Congress from certifying President Joe Biden’s election victory over Trump.

The verdict was reached, though not yet announced, by the 12-member jury in the most significant of the numerous trials arising from the deadly Jan. 6, 2021, Capitol riot. U.S. District Judge Amit Mehta has presided over the trial.

The four co-defendants of Rhodes in the trial are Kelly Meggs, Kenneth Harrelson, Jessica Watkins and Thomas Caldwell. Rhodes, who wears an eye patch after accidentally shooting himself in the face with his own gun, is one of the most prominent defendants of the roughly 900 charged so far in connection with the attack.

Rhodes in 2009 founded the Oath Keepers, a militia group whose members include current and retired U.S. military personnel, law enforcement officers and first responders. Its members have showed up, often heavily armed, at protests and political events around the United States including the racial justice demonstrations following the murder of a Black man named George Floyd by a white Minneapolis police officer.

Prosecutors during the trial said Rhodes and his co-defendants planned to use force to prevent Congress from formally certifying Biden’s election victory. Meggs, Watkins and Harrelson all entered the Capitol clad in tactical gear.

The defendants was were accused of creating a “quick reaction force” that prosecutors said positioned at a nearby Virginia hotel and was equipped with firearms that could be quickly transported into Washington if summoned.

Fifty witnesses testified during the trial. Rhodes and two of his co-defendants testified in their own defense. They denied plotting any attack or seeking to block Congress from certifying the election results, though Watkins admitted to impeding police officers protecting the Capitol. 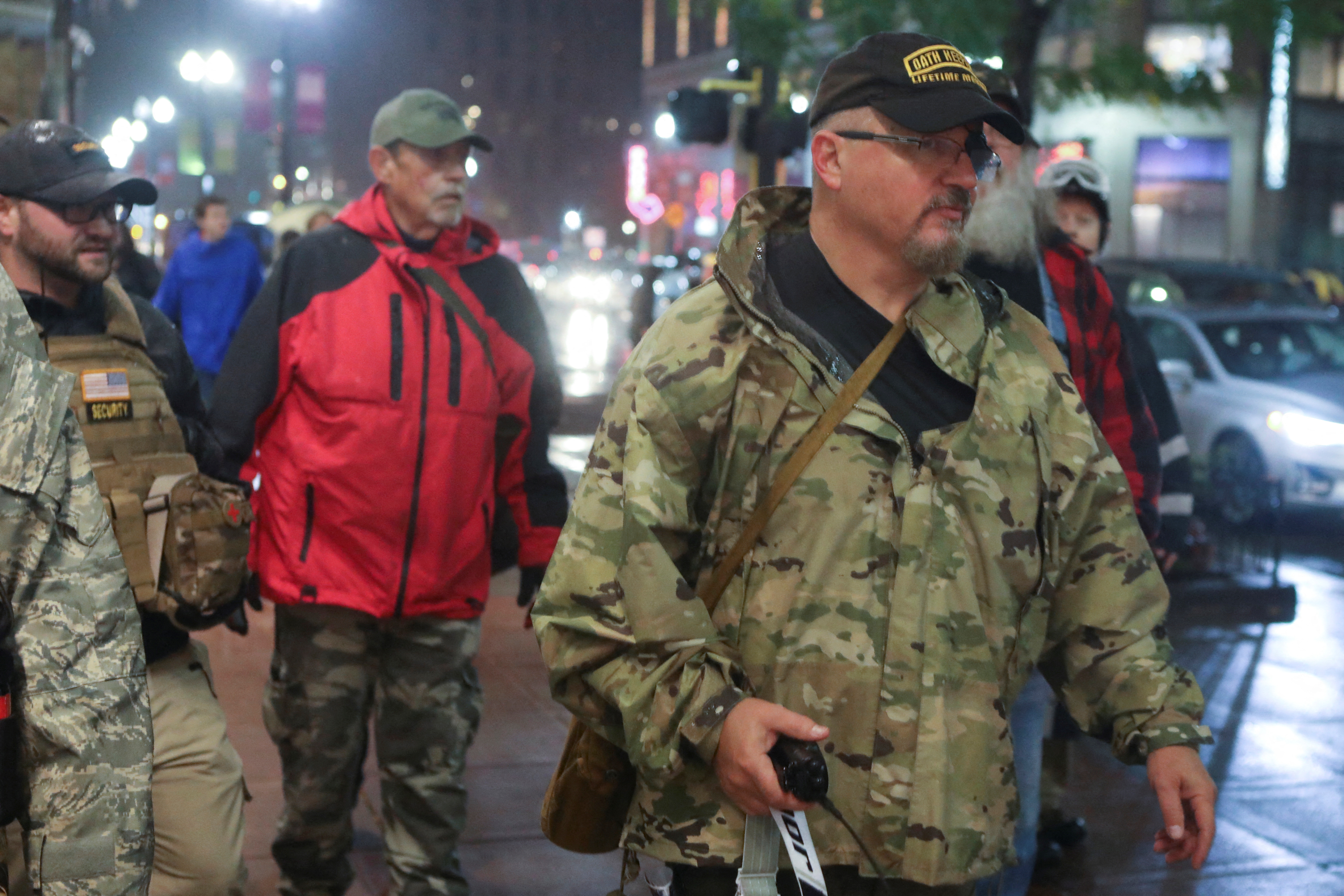 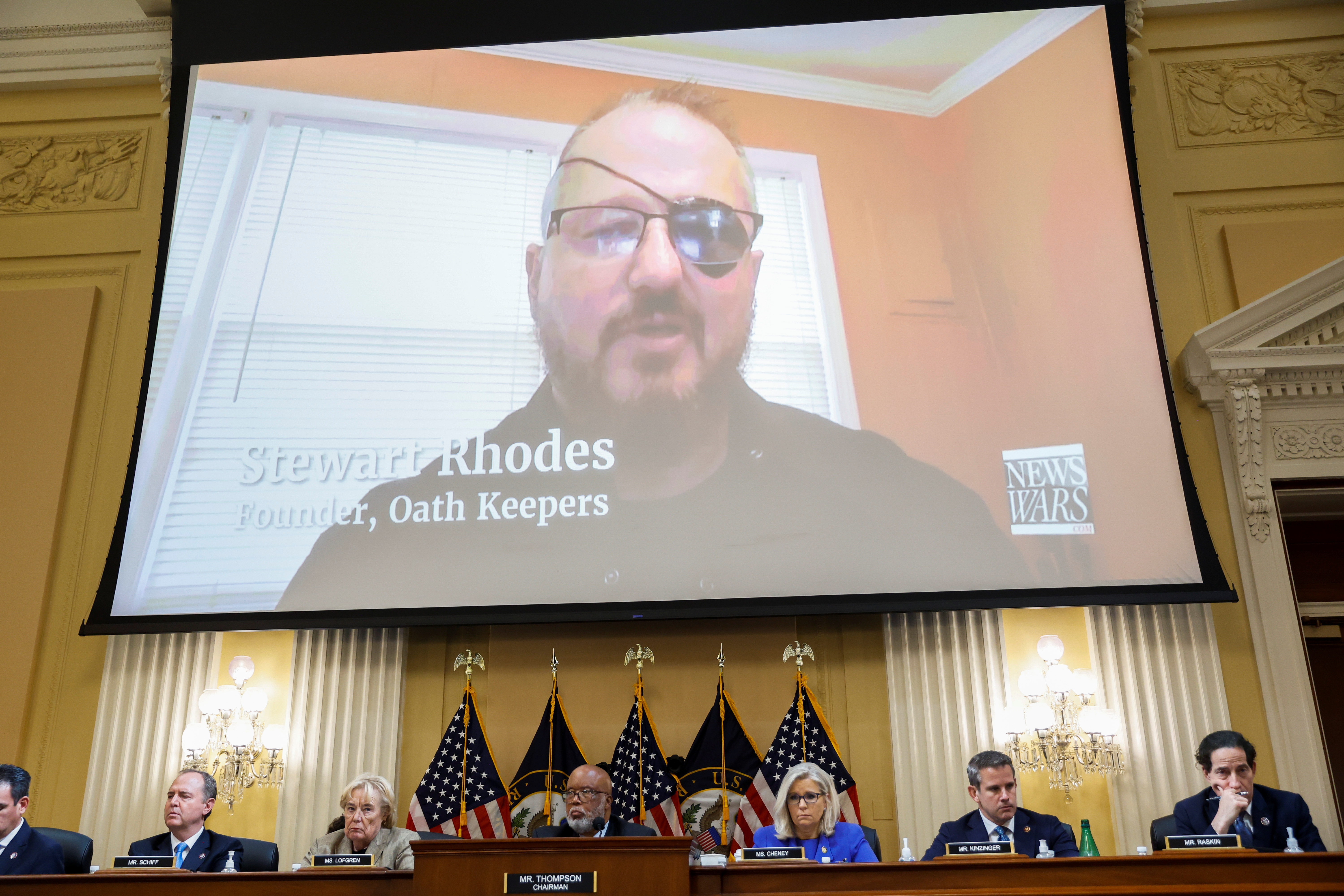 Oath Keepers founder Stewart Rhodes is seen on video during the hearing of the U.S. House Select Committee to Investigate the January 6 Attack on the United States Capitol, on Capitol Hill in Washington, U.S., June 9, 2022. REUTERS/Jonathan Ernst 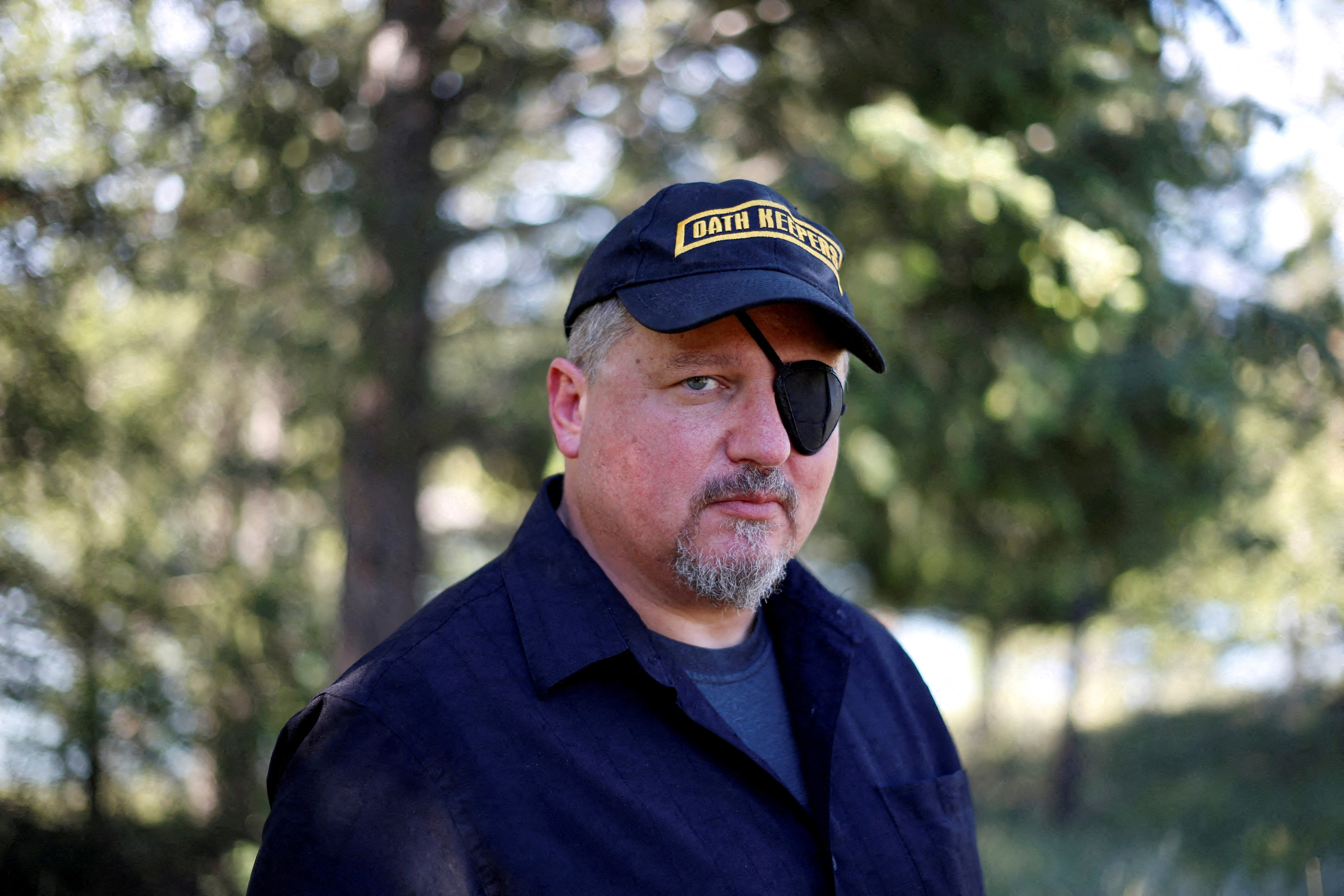