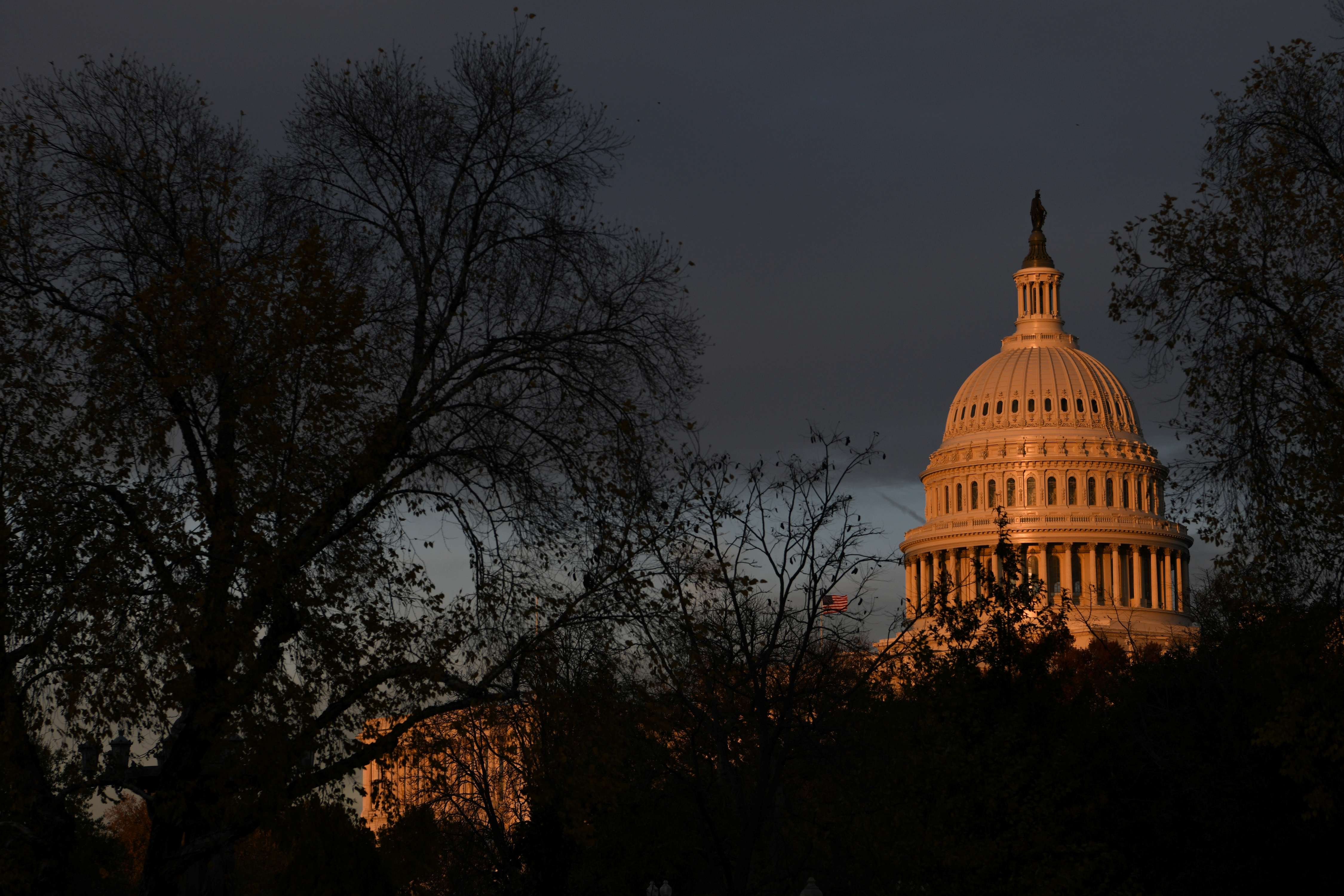 Democrats and Republicans in the U.S. Congress were moving forward with a $1.66 trillion government funding bill, scrambling to pass a measure, which includes record military spending, before temporary funding runs out on Friday.

The total funding proposed by the sweeping bill, released early on Tuesday, is up from the approximately $1.5 trillion the previous year.

It includes other measures agreed on by negotiators from both parties, including a ban on the use of TikTok on government-owned devices and clarification of Congress’s role in certifying elections, an attempt to avoid a repeat of the violence of Jan. 6, 2021.

Senate and House of Representatives leaders aim to pass the 4,155-page bill and send it to Democratic President Joe Biden by the end of the week to ensure no interruptions to the government’s activities.

“We’re going to get going on this process today,” Senate Majority Leader Chuck Schumer said, referring to votes that could occur on Tuesday on procedural steps that would clear the way for passage by Friday.

Failure could bring a partial government shutdown beginning Saturday, just before Christmas, and possibly lead into a months-long standoff after Republicans take control of the House on Jan. 3, breaking the grip of Biden’s Democrats on both chambers of Congress.

“From funding for nutrition programs and housing assistance, to home energy costs and college affordability, our bipartisan, bicameral, omnibus appropriations bill directly invests in providing relief from the burden of inflation on the American people,” Democratic Senator Patrick Leahy said in a statement.

Included in the bill is $44.9 billion in emergency assistance to Ukraine and NATO allies and $40.6 billion to assist communities across the United States recovering from natural disasters and other matters.

The Ukraine funds would be used for military training, equipment, logistics and intelligence support, as well as for replenishing U.S. equipment sent to Kyiv. It also includes funding to prepare for and respond to potential nuclear and radiological incidents in Ukraine. Russian President Vladimir Putin has not ruled out the use of nuclear weapons in the conflict with Ukraine.

This money would be on top of the record $858 billion in military spending for the year, which is up from last year’s $740 billion and also exceeds Biden’s request.

On the non-defense side of the ledger, the bill’s negotiators have set funding at $800 billion, a $68 billion increase over the previous year.

Democrats and Republicans alike had aimed to tuck as many legislative wish-list items as possible into the “omnibus” bill funding the government through the end of this fiscal year on Sept. 30, 2023, without derailing the whole package.

This was the second year in a row Congress included funding for hundreds of largely unrelated projects requested by individual lawmakers. Congress had abandoned such “earmarks” a decade ago after a series of corruption scandals, but have brought them back in recent years as a way to build legislative buy-in for spending bills.

Among the most significant add-ons is the bipartisan Electoral Count Act, which overhauls and clarifies Congress’ certification process for presidential elections.

Democrats and many Republicans see the measure as crucial to avoiding a repeat of the chaos that occurred almost two years ago when a mob of Donald Trump supporters attacked the Capitol building in an attempt to overturn Biden’s victory.

Boeing and aviation unions lobbied for the inclusion of that provision, while safety advocates – including relatives of those who died in 737 MAX plane crashes – pushed back hard.

Other provisions ranged from additional funding for the U.S. Capitol Police, to a measure supported by Maine’s delegation that delays new regulations aimed at protecting the endangered right whale, a victory for lobstermen in the state.

Measures left out include legislation that would have provided citizenship to “Dreamer” immigrants, who illegally entered the United States as children.

Criminal justice reform advocates also came away largely empty-handed, after a compromise measure that would have dramatically lessened the sentencing disparity between crack cocaine and powder cocaine collapsed.

The cannabis industry also suffered a defeat after a closely watched measure that would have shored up banking regulations for legal marijuana companies was excluded.

Audio Review via Michael Novakhov on Inoreader
Border Crisis Committee Hearing: 'Fighting The Fentanyl Crisis Is Not Political For Us'
byFOX News Radio

The House Judiciary Committee began their first hearing of the 118th Congress on Wednesday, addressing the crisis at the southern US border and the dangerous impact of fentanyl in America. Testimonies from two Texas county judges and an Arizona border sheriff were able to speak to the flaws in the current US border policy, but all the congresspeople at the hearing made note of the perils of fentanyl after the testimony of Brandon Dunn. Brandon and his wife Janel Rodriguez co-founded the Forever 15 Project after their son Noah died last year from a tragic fentanyl overdose. They join the Rundown to explain what impact they hope Wednesday’s testimony will have, how they see border issues as a hazard when it comes to fentanyl, and what kind of change their non-profit is fighting for.

New Mexico prosecutors have formally filed involuntary manslaughter charges against Alec Baldwin, as well as the armorer who oversaw props and weapons on the set of the film, “Rust.” The actor and producer fatally shot cinematographer Halyna Hutchins and wounded director Joel Souza during production. Although Baldwin maintains his innocence, a Santa Fe judge will determine if there is enough probable cause to proceed with a trial based on Tuesday’s court filing. FOX News Senior National Correspondent William La Jeunesse joins the Rundown to discuss the details that court documents reveal about the case, the safety protocols that weren’t followed during the production, and what questions about the case still remain.