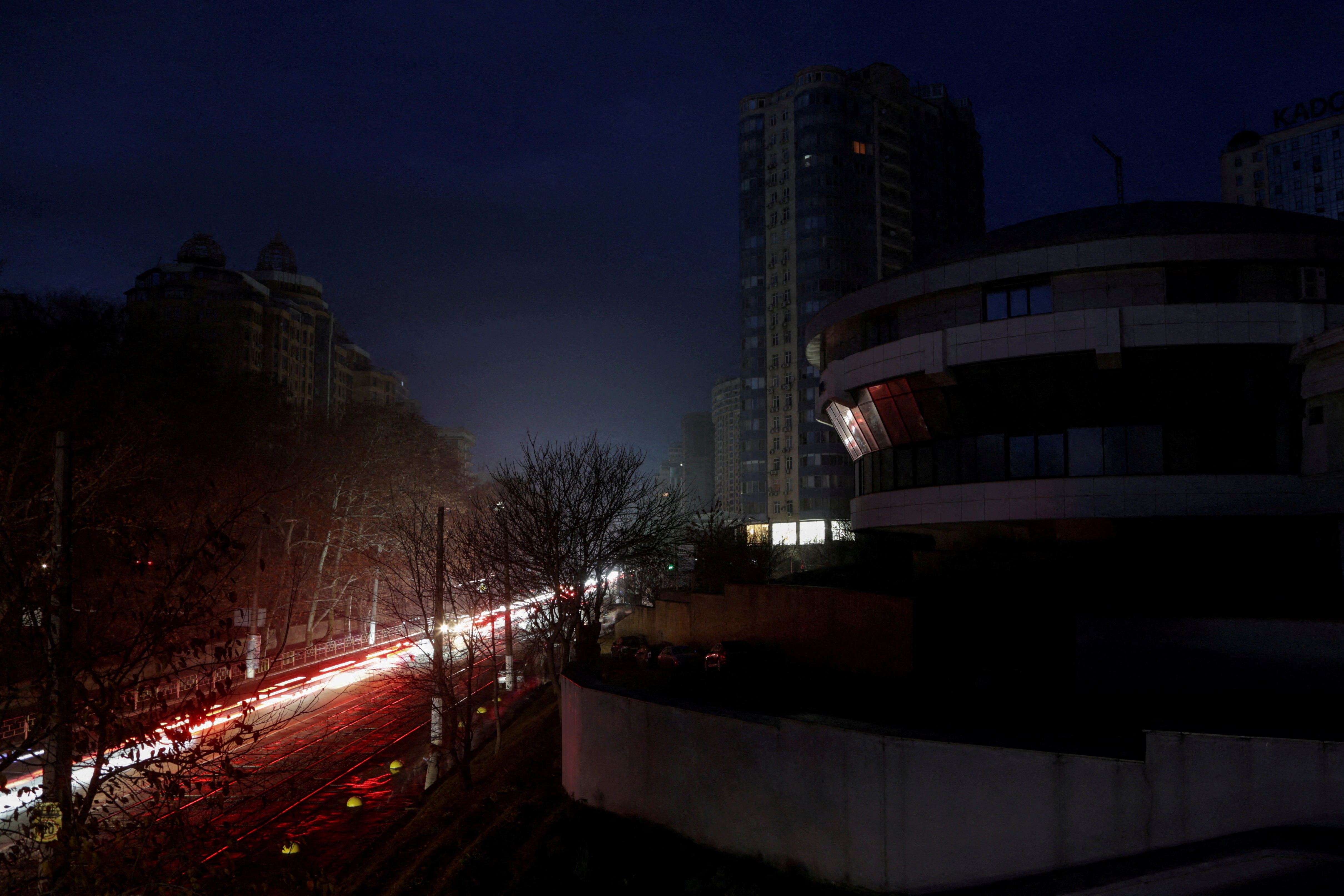 A view shows apartment buildings without electricity during a power outage after critical civil infrastructure was hit by Russian drone attacks, as Russia’s invasion of Ukraine continues, in Odesa, Ukraine December 10, 2022. REUTERS/Serhii Smolientsev

The United States has shipped the first part of its power equipment aid to Ukraine, U.S. officials said on Monday, as Washington works to support the country’s energy infrastructure against intensifying attacks from Russia.

The first tranche was power equipment worth about $13 million, one of the officials said. Another source familiar with the matter said two more planeloads of equipment would leave from the United States this week.

Russia has been carrying out widespread attacks on Ukraine’s electricity transmission and heating infrastructure since October, in what Kyiv and its allies say is a deliberate campaign to harm civilians.

The United States and Western allies have provided Ukraine with funding and equipment to boost Kyiv’s energy resilience. Russia’s recent attacks have left millions of people in the dark and without heating amid sub-zero temperatures.

Russia is “deliberately trying to freeze Ukrainians to death as we enter winter”, a senior U.S. official said. “Our strategy right now first is to help Ukraine protect itself against this deliberate attacks on civilian energy infrastructure because it could be a humanitarian catastrophe.”

Another U.S. official said the equipment departed from a U.S. military base. The first tranche is part of the $53 million aid announced last month, after Ukraine said it needed transformers and generators as well as air defense systems.

Blackouts have become frequent and the government has urged the public to conserve energy by reducing use of domestic appliances.

U.S. Secretary of State Antony Blinken late last month accused Russian President Vladimir Putin of trying to divide the Western coalition and force it to abandon Ukraine by freezing and starving Ukrainians and driving up energy costs globally. He added the strategy would not work.

Russia calls the invasion of Ukraine a “special operation”.