Kishida is in Washington on the last stop in a tour of the G7 industrial powers and has been seeking to bolster long-standing alliances amid rising concern in Japan, and the United States, about mounting regional security threats from China, North Korea and Russia.

In a meeting at the White House, Biden called it a “remarkable moment” in the U.S.-Japan alliance and said the two nations had never been closer.

“Let me be crystal clear: The United States is fully, thoroughly, completely committed to the alliance, and importantly … to the defense of Japan,” he said, while also thanking Kishida for strong leadership in working closely on technology and economic issues.

Kishida thanked Biden for U.S. work on regional security and said: “Japan and the United States are currently facing the most challenging and complex security environment in recent history.” He said Tokyo had formulated its new defense strategy released last month “to ensure peace and prosperity in the region.”

He said the two countries shared fundamental values of democracy and the rule of law “and the role that we are to play is becoming even greater.”

Kishida said he looked forward to a “candid” exchange of views on issues including “a free and open Indo-Pacific” – language the two sides use to describe efforts to push back against China – the G7, which Japan’s currently chairs, and climate change.

Japan last month announced its biggest military build-up since World War Two – a dramatic departure from seven decades of pacifism, largely fueled by concerns about Chinese actions in the region.

Japan’s military reform plan will see it double defense spending to 2% of GDP and procure missiles that can strike ships or land-based targets 1,000 km (600 miles) away.

Biden and Kishida are expected to discuss security issues and the global economy and that their talks are likely to include control of semiconductor-related exports to China after Washington announced strict curbs last year, a senior U.S. official said.

Kishida earlier met Vice President Kamala Harris, who said the U.S.-Japan relationship is “ironclad” and that the two sides would sign an agreement on space cooperation later in the day.

As well as chairing the G7, Japan took up a two-year term on the U.N. Security Council on Jan. 1 and holds the rotating monthly presidency of the 15-member body for January.

Kishida has said he backs Biden’s attempt to limit China’s access to advanced semiconductors with export restrictions. Still, he has not agreed to match sweeping curbs on exports of chip-manufacturing equipment that the United States imposed in October.

The U.S. official said Washington was working closely with Japan on the issue and believes they share a similar vision even if their legal structures are different. He said the more countries and significant players that backed the controls, the more effective they would be.

A Japanese official said economic security, including semiconductors, was likely to be discussed, but that no announcement was expected on that from the meeting.

Kishida’s visit follows one by Biden to Tokyo last May and a meeting between the two at a regional summit in Cambodia in November.

Kishida visited Arlington National Cemetery in the morning to pay his respects.

Christopher Johnstone, head of the Japan program at Washington’s Center for Strategic and International Studies and until recently East Asia director at the U.S. National Security Council, said Kishida’s Washington visit was a “capstone” for his security reforms and could offer him a domestic political boost.

He said it would be “an opportunity to highlight the significant, really unprecedented decisions Japan announced” and strong U.S. support for them, “and to also call attention to the role that Prime Minister Kishida himself played in getting them done.”

Daniel Russel, the former top U.S. diplomat for Asia, said North Korea would likely be high on Kishida’s agenda, “reflecting some anxiety that the war in Ukraine as well as competition with China may be causing Washington to discount Pyongyang’s increasing tempo of missile launches — which directly threaten Japan.” 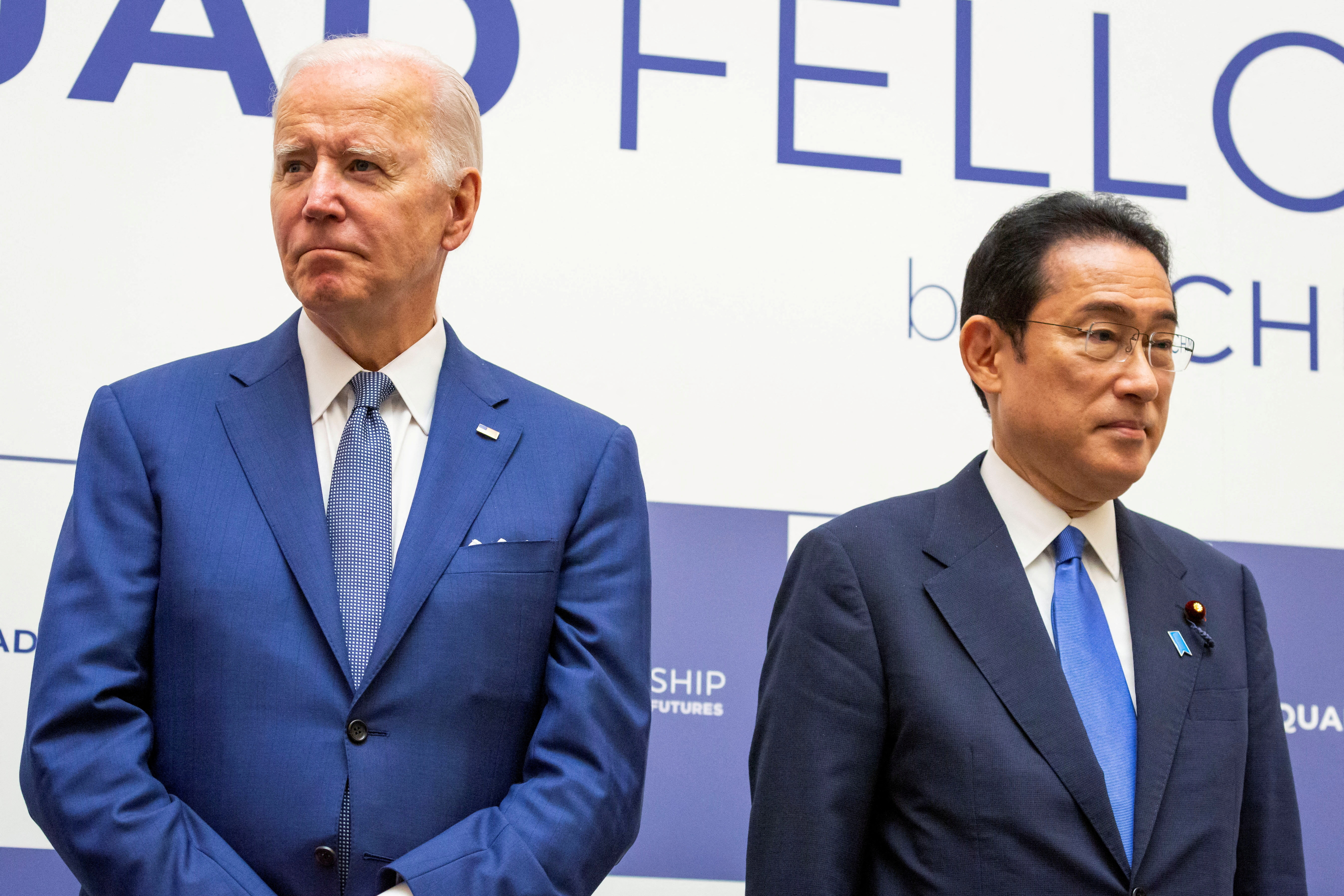 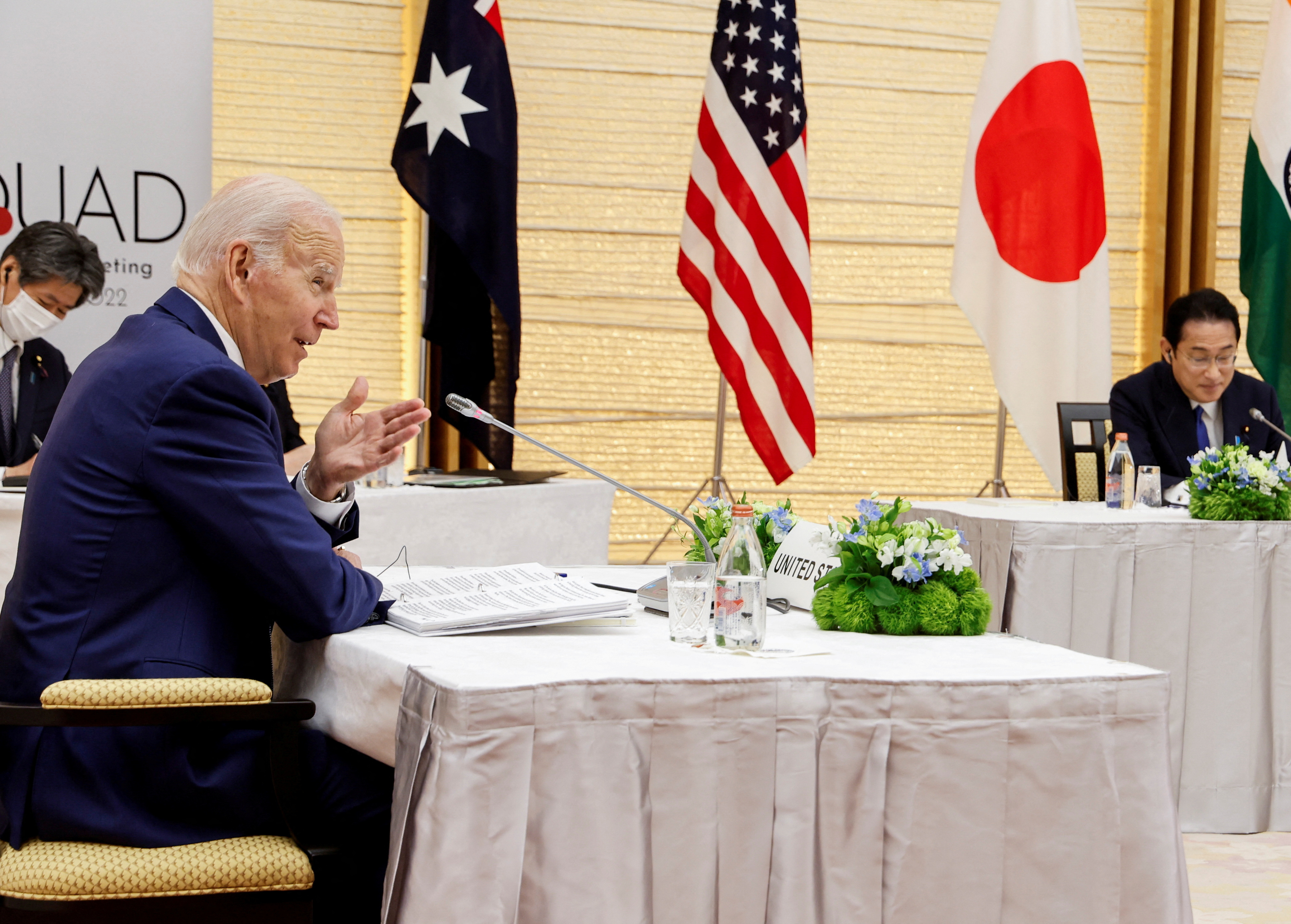