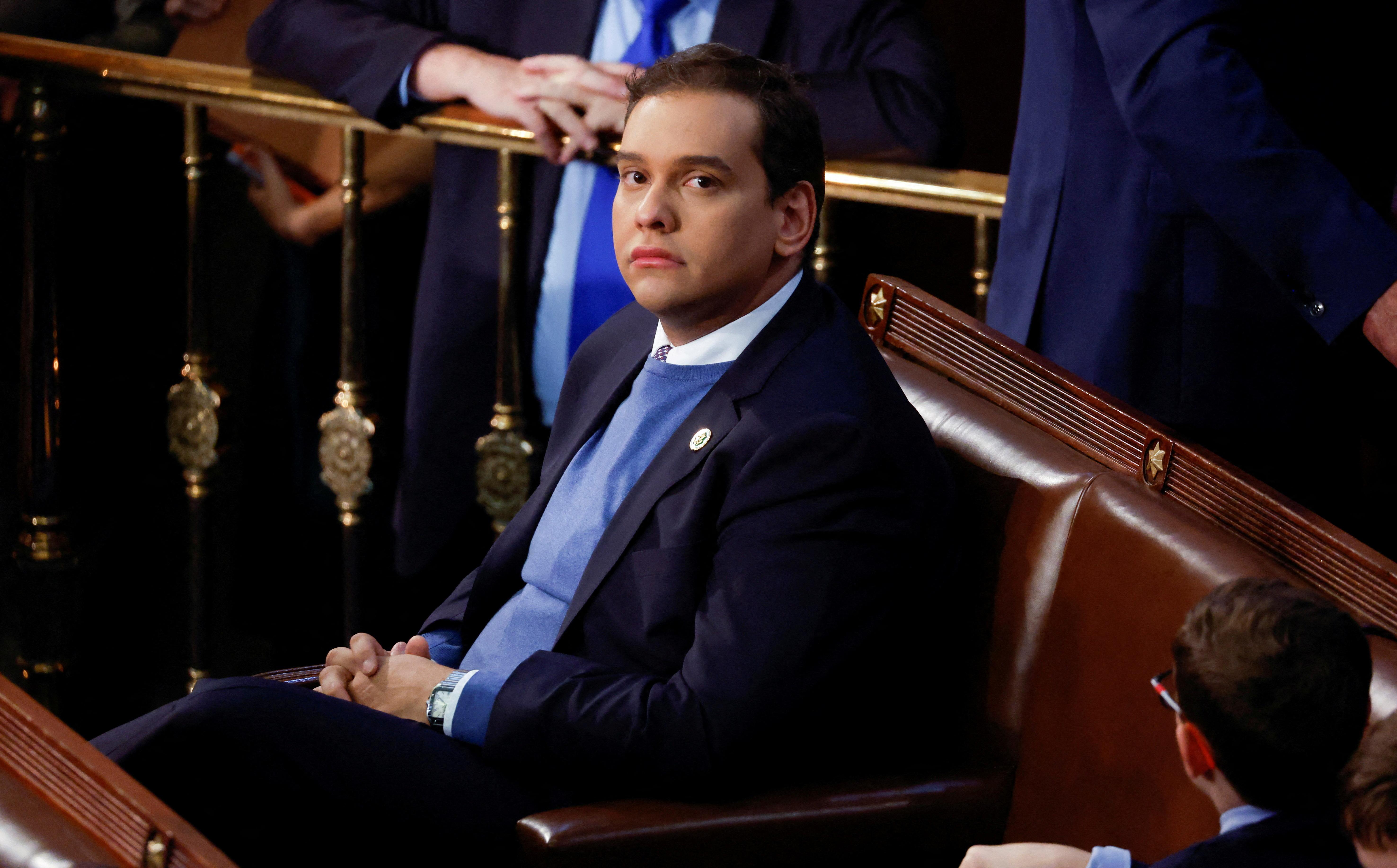 FILE PHOTO: Newly elected freshman Rep. George Santos (R-NY), embroiled in a scandal over his resume and claims made on the campaign trail, sits alone in the House Chamber surrounded only by the children of other representatives, on the first day of the 118th Congress at the U.S. Capitol in Washington, U.S., January 3, 2023. REUTERS/Jonathan Ernst/File Photo

The Campaign Legal Center, a non-partisan government watchdog, made the complaint in a filing with the Federal Election Commission (FEC) after Santos admitted in an interview with the New York Post that he fabricated much of his resume.

“The commission should thoroughly investigate what appear to be equally brazen lies about how his campaign raised and spent money,” according to the complaint.

Santos’ office in Congress referred queries to the lawmaker’s election campaign, which did not immediately respond to a request for comment.

Santos, who was elected in November to represent a district in New York City’s Queens borough and parts of its wealthy Long Island suburbs, already faces an investigation by a New York prosecutor’s office, according to the district attorney for Nassau County. The nature of that inquiry remains unclear.

Citing federal disclosures, the complaint filed on Monday with the FEC alleges that Santos “appears to have spent $13,500 on rent payments for Santos’s personal residence in blatant violation of the law.”

The Campaign Legal Center said Santos’ campaign finance disclosures also do not square with other disclosures he has made regarding his income and assets.

“The overall circumstances instead indicate that unknown individuals or corporations may have illegally funneled money to Santos’s campaign,” according to the complaint.

An FEC spokesman said the commission does not comment on pending enforcement matters.

Following news stories detailing falsehoods in how Santos has described his education and work and family history, Santos last month apologized for “embellishing” his resume, while defending aspects of the way he had represented himself.