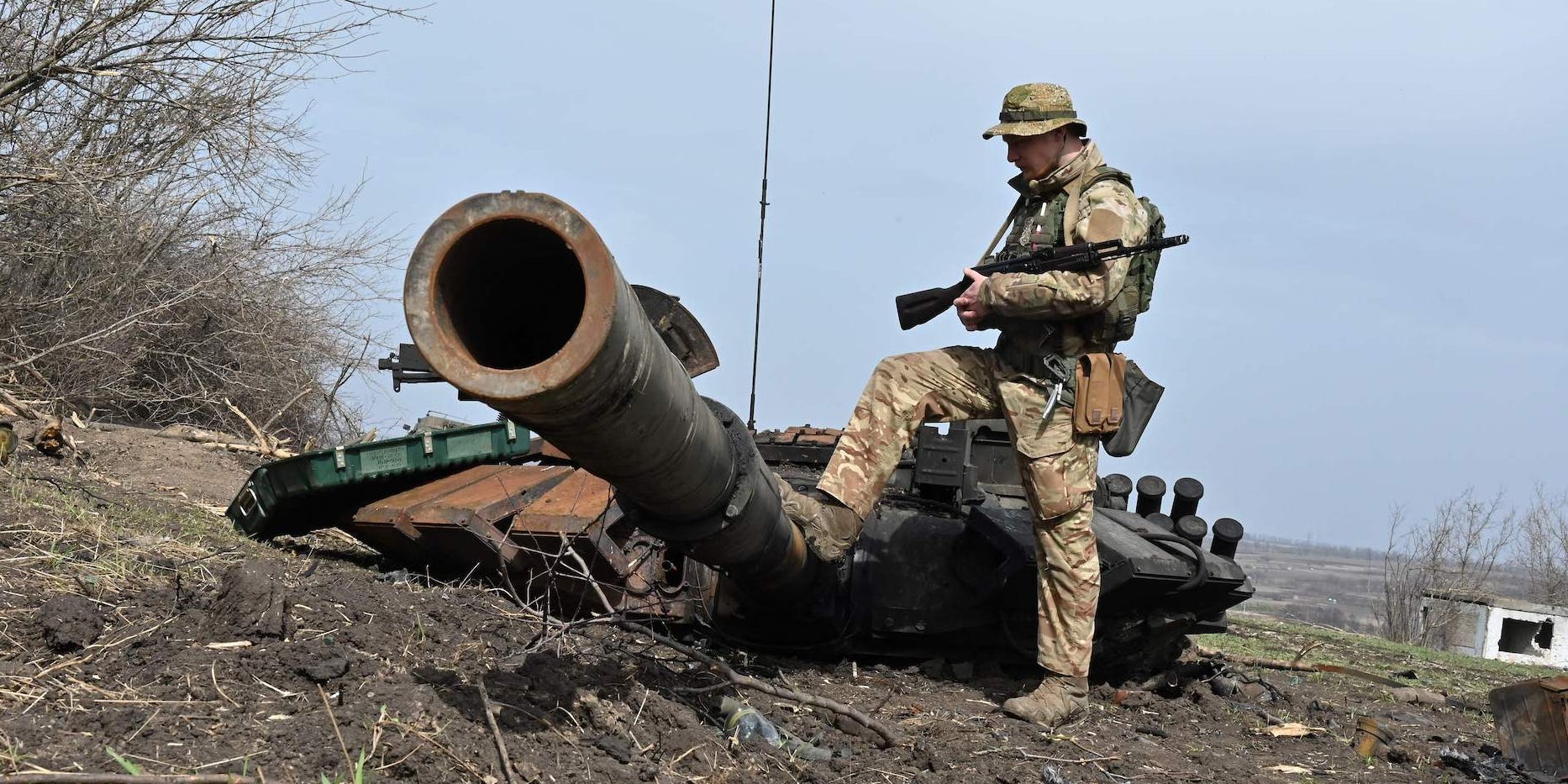 A Ukrainian soldier checks a wrecked Russian tank outside a village east of Kharkiv on April 1.

In the first days of the Ukraine war, when Russian armored columns seemed poised to capture Kyiv, the world watched outgunned and outnumbered Ukrainian troops use an array of missiles to fend off Russian tanks and decimate Russian convoys — or so it seemed.

In reality, it was Ukrainian artillery that frustrated the Russian advance, according to a Royal United Service Institute report on lessons of the Ukraine war.

“Despite the prominence of anti-tank guided weapons in the public narrative, Ukraine blunted Russia’s attempt to seize Kyiv using massed fires from two artillery brigades,” according to the British think tank’s report, which assesses the fighting between February and July. 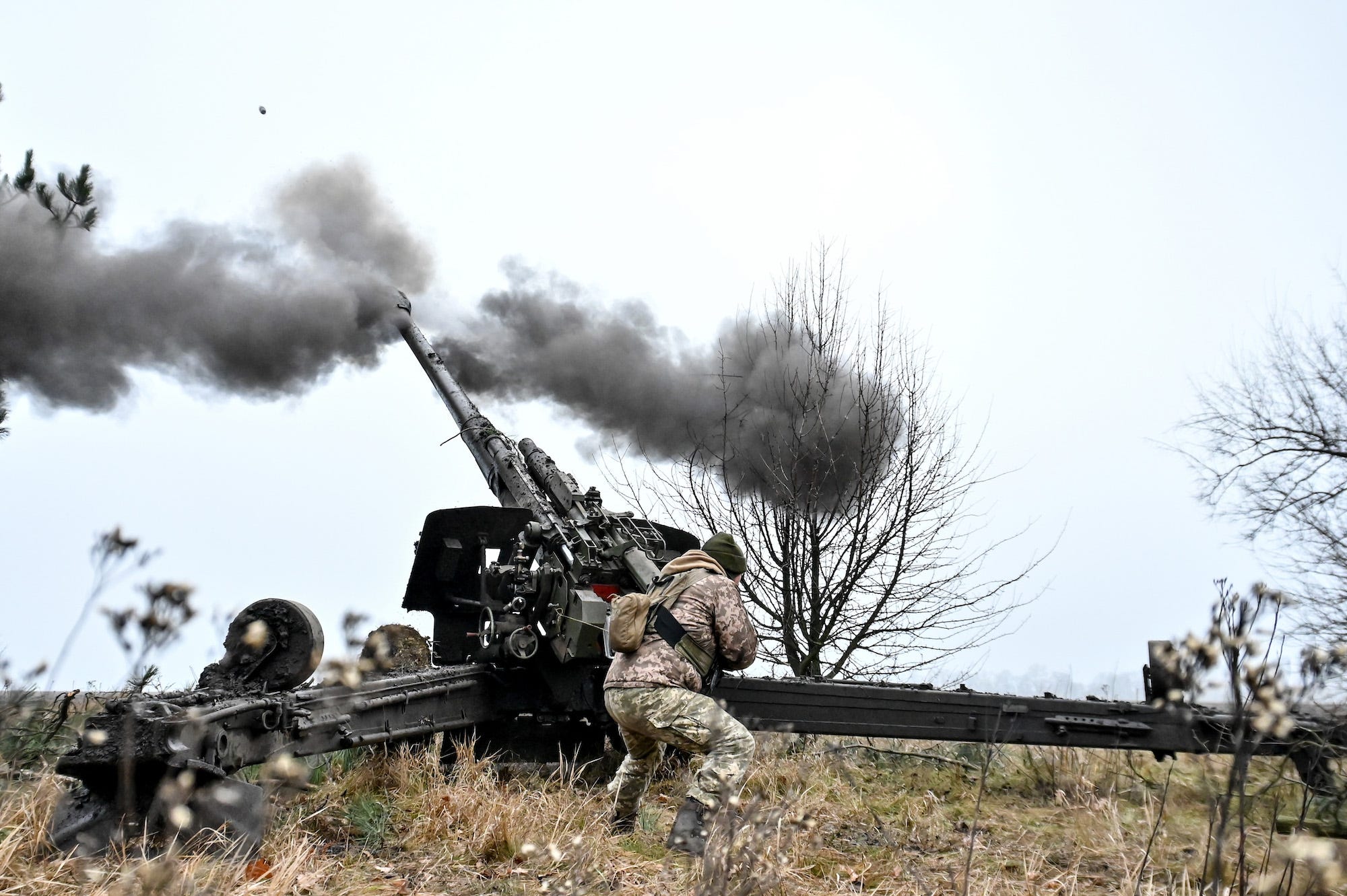 Ukrainian troops fire a howitzer in the Zaporizhzhia Region on December 16.

The problem isn’t that anti-tank missiles are ineffective against tanks, said Jack Watling, who coauthored the study.

“The problem is that it is not economical or practical to have enough of them concentrated in one area to actually blunt a large armored thrust,” Watling told Insider.

Ukraine had about 9,100 anti-tank guided missiles at the start of the war, plus a smaller number of launchers, according to Watling. This was enough to pin down Russian armor, hit targets of opportunity, and engage Russian tanks from beyond the range their cannons.

Watling stressed that this is not a matter anti-tank missiles vs. artillery.

“You need both. However, much of the international discussion suggested that the task could be completed with one alone,” Watling told Insider. “And of the two, having sufficient artillery is more important in terms of destroying the enemy in high-intensity warfare.” 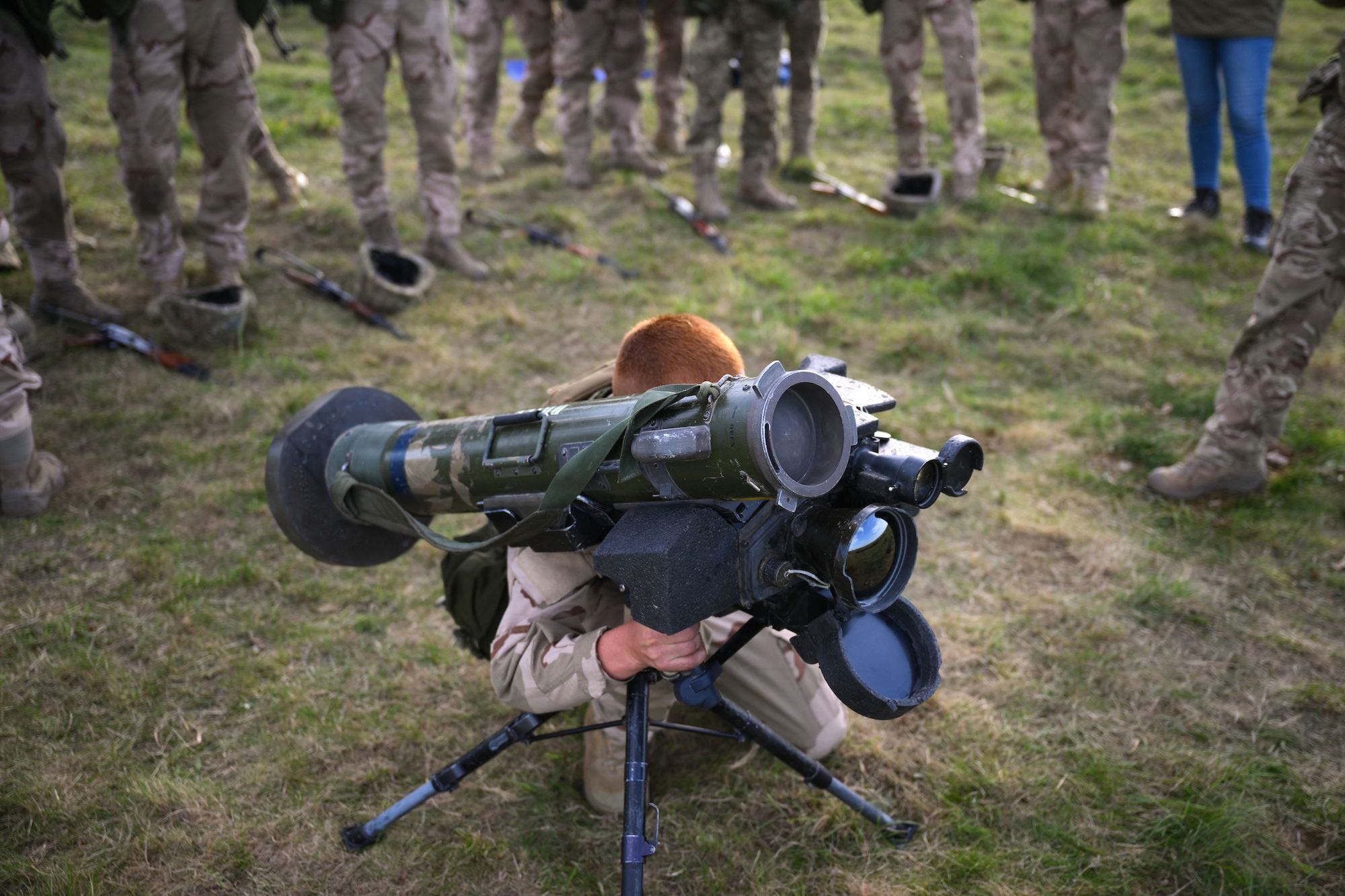 A Ukrainian recruit trains on a Javelin anti-tank weapon in southern England on October 11.

In addition, the line between tanks and anti-tank missiles has become blurred. Many Russian tanks — and Ukrainian tanks, which are upgraded Soviet-era designs — are designed to fire anti-tank guided missiles from their cannons.

The US experiment with this kind of missile-launching tank in the 1970s was a failure: The M551 Sheridan and M60A2 “Starship” were less than popular, in part because their Shillelagh missiles were finicky and the tank had to remain stationary while the missile was in flight.

But the Ukraine conflict has seen plenty of tank-launched missiles, according to Watling.

“Those who are arguing that tanks were obsolete because of ATGMs probably didn’t appreciate how many missiles in the conflict have been launched out of the barrels of tanks,” Watling said. “This is because the tanks have the sighting systems to acquire the targets and because they can sit in positions to overwatch more safely while guiding a missile to target.”

However, Ukrainian man-portable ATGMs were able to nullify Russian tank-launched missiles to some extent.

Ukrainian missiles “could engage at middle distance beyond the range of tank cannon but within light of sight,” Watling said. “Being able to engage at that range was important because it forced the Russians to hold off or to press home an attack, since they couldn’t sit safely at that distance and use their barrel-launched ATGMs.” 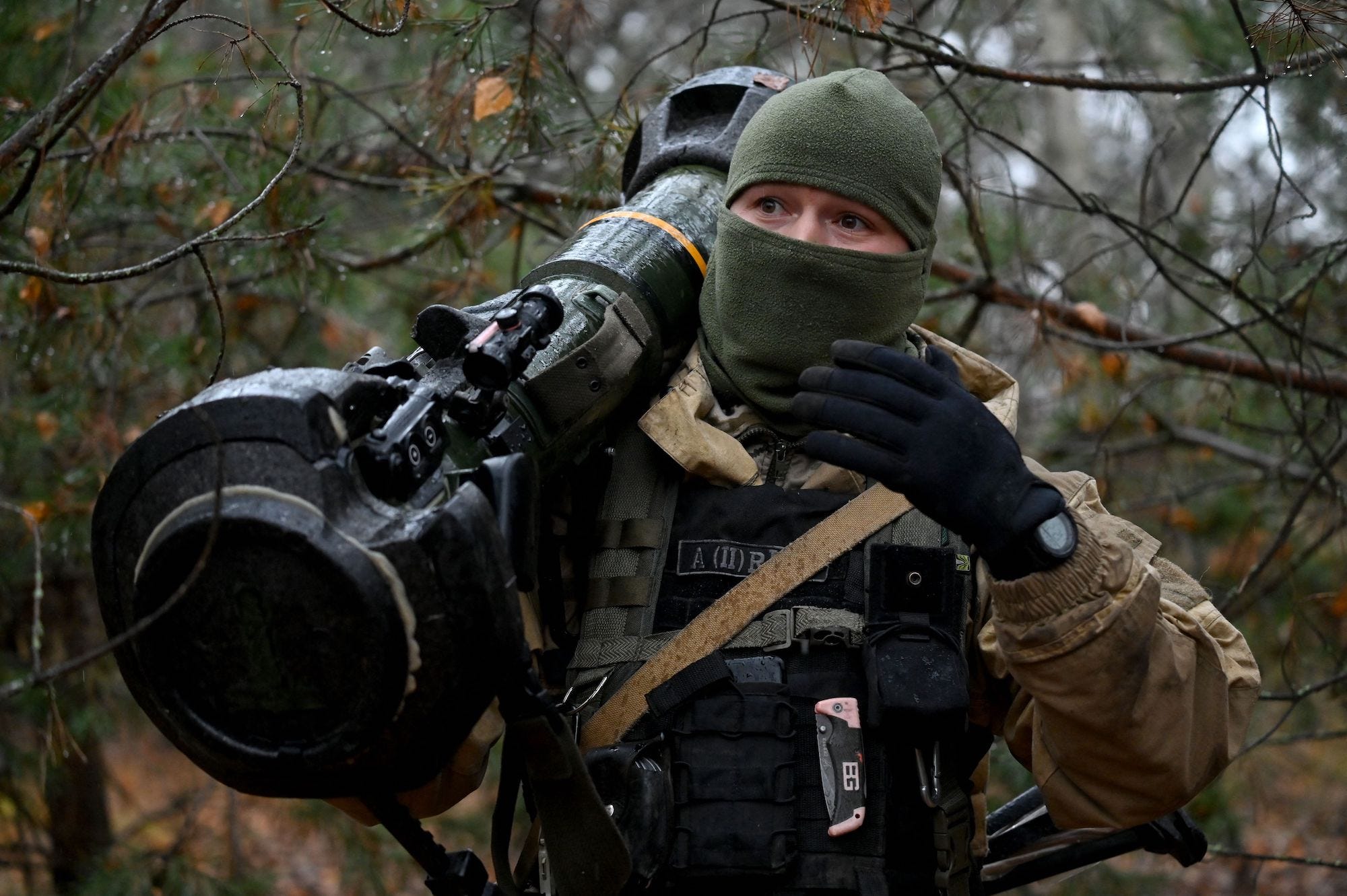 A Ukrainian border guard with an NLAW anti-tank missile launcher near the borders with Russia and Belarus on November 3.

Perhaps this shouldn’t be a surprise.

Early in the war, when the fighting was more fluid, drones and missiles generated all the buzz, but the fact is that Ukraine had a limited number of missiles when the war began and a lot of foreign weapons didn’t begin to arrive in significant numbers until weeks after Russia invaded.

Had Russia been able to seize Kyiv in the first week or two, those Western arms might have arrived too late to save Ukraine.

Despite being outnumbered and outranged by Russian howitzers and rockets, Ukrainian artillery disrupted clumsy Russian armored columns that were making narrowly focused attacks with over-concentrated forces that impeded each other. 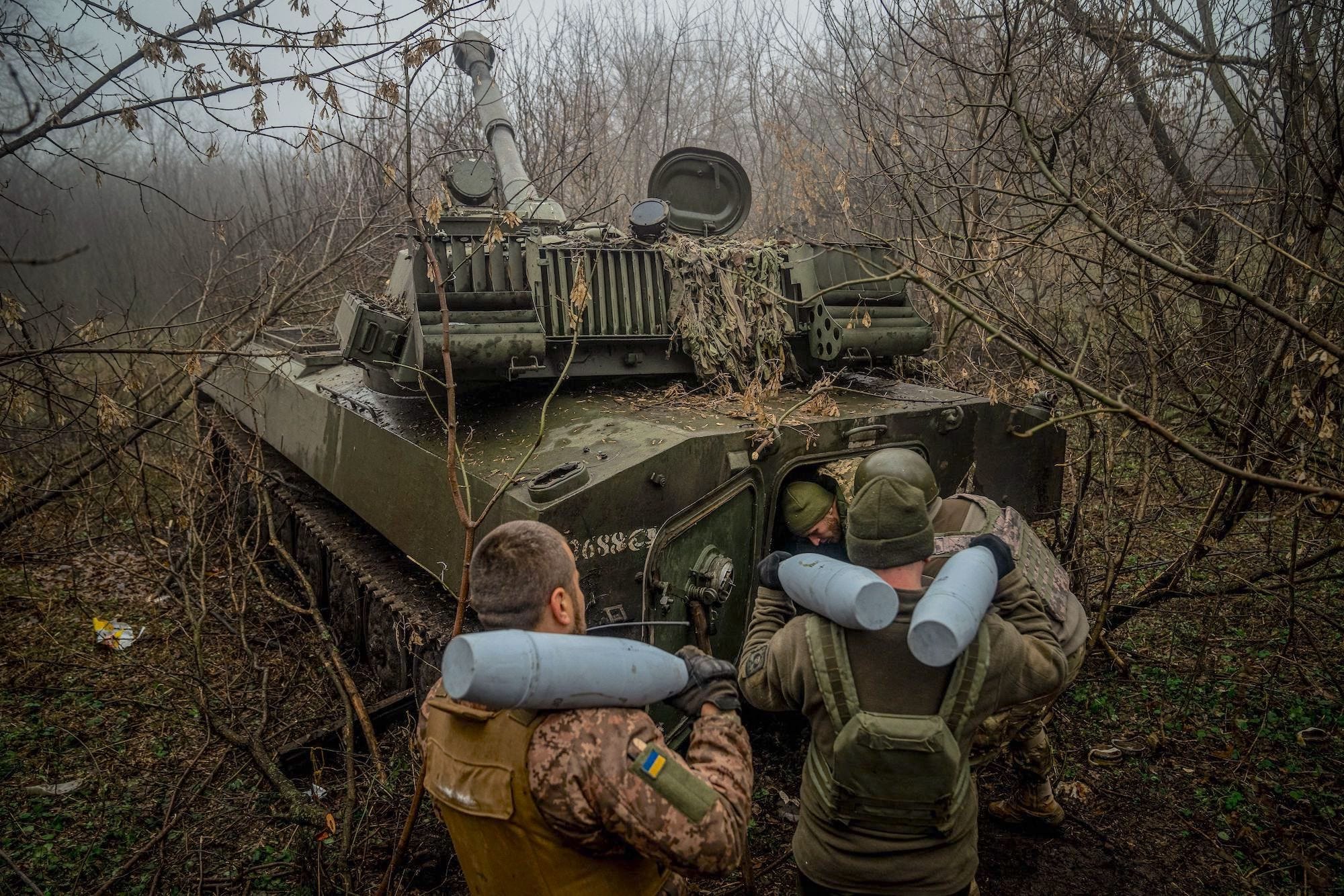 Ukrainian artillerymen load a 2S1 Gvozdika self-propelled howitzer on the front line near Bakhmut on December 10.

As the Russians drove on Kyiv in March, “this unfavorable battlefield geometry made it impossible for the Russians to build up significant momentum, as they came under sustained and intense artillery fire throughout the month,” the RUSI report noted.

Now that the fighting is more static and the operations by both sides are more methodical, old-fashioned artillery — leavened with newer systems such as HIMARS rockets — has emerged as the decisive weapon.

Anti-tank missiles are still vital, not least to protect the artillery from marauding tanks. As combined-arms warfare has long taught, a successful army needs a variety of mutually supporting weapons.

Michael Peck is a defense writer whose work has appeared in Forbes, Defense News, Foreign Policy magazine, and other publications. He holds a master’s in political science. Follow him on Twitter and LinkedIn.