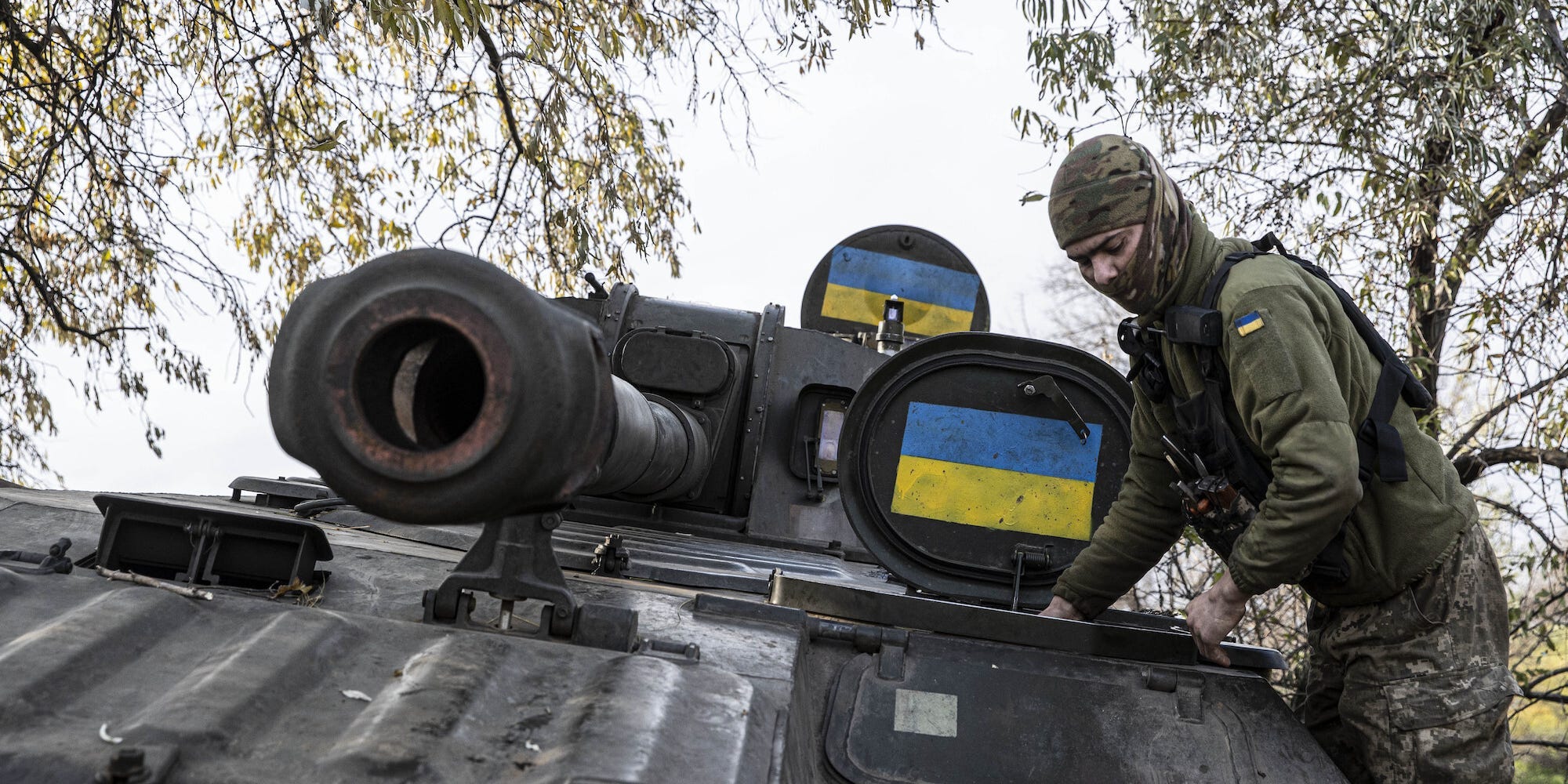 A Ukrainian soldier deployed on the Kherson front to support to the Ukrainian army in Kherson Oblast on November 05, 2022.

Ukraine is ramping up its incentives for citizens trapped in Kherson to leave town as Russian forces unleashed a blitz of rocket and artillery fire in the region during the last week of a tragic year.

In one of the most intense periods of shelling since Ukraine regained control of Kherson last month, Russian forces hit Kherson over the Christmas weekend, killing at least 10 people, and struck a maternity ward this week. Ukrainian authorities are now offering money and transportation for the remaining locals to leave, according to The New York Times.

In November, Ukrainian forces had regained control of the southern region after a months-long Russian reign of control in Kherson, where a proxy government was installed and Russia attempted to formally annex the area after holding sham referendums. On Wednesday, Kherson City Council member Dmytro Poddubniy said that Kherson is “one of the most dangerous cities right now,” according to The Guardian.

“The enemy does not stop shelling,” Deputy Prime Minister Iryna Vereshchuk said on Tuesday, according to The Times. And as part of a fast-tracked program, the Ukrainian government is also offering residents cash and free train rides headed west to leave the embattled region, the Ministry of Reintegration said in a Facebook post.

Ukraine’s Ministry of Reintegration added that by the start of the week, at least 300 people were leaving Kherson by train every day, The Times reported.