KYIV (Reuters) -A Russian strike on Ukraine’s recently recaptured city of Kherson killed at least seven people, wounded another 58 and left bloodied corpses on the road, authorities said, in what Kyiv condemned as wanton killing for pleasure. 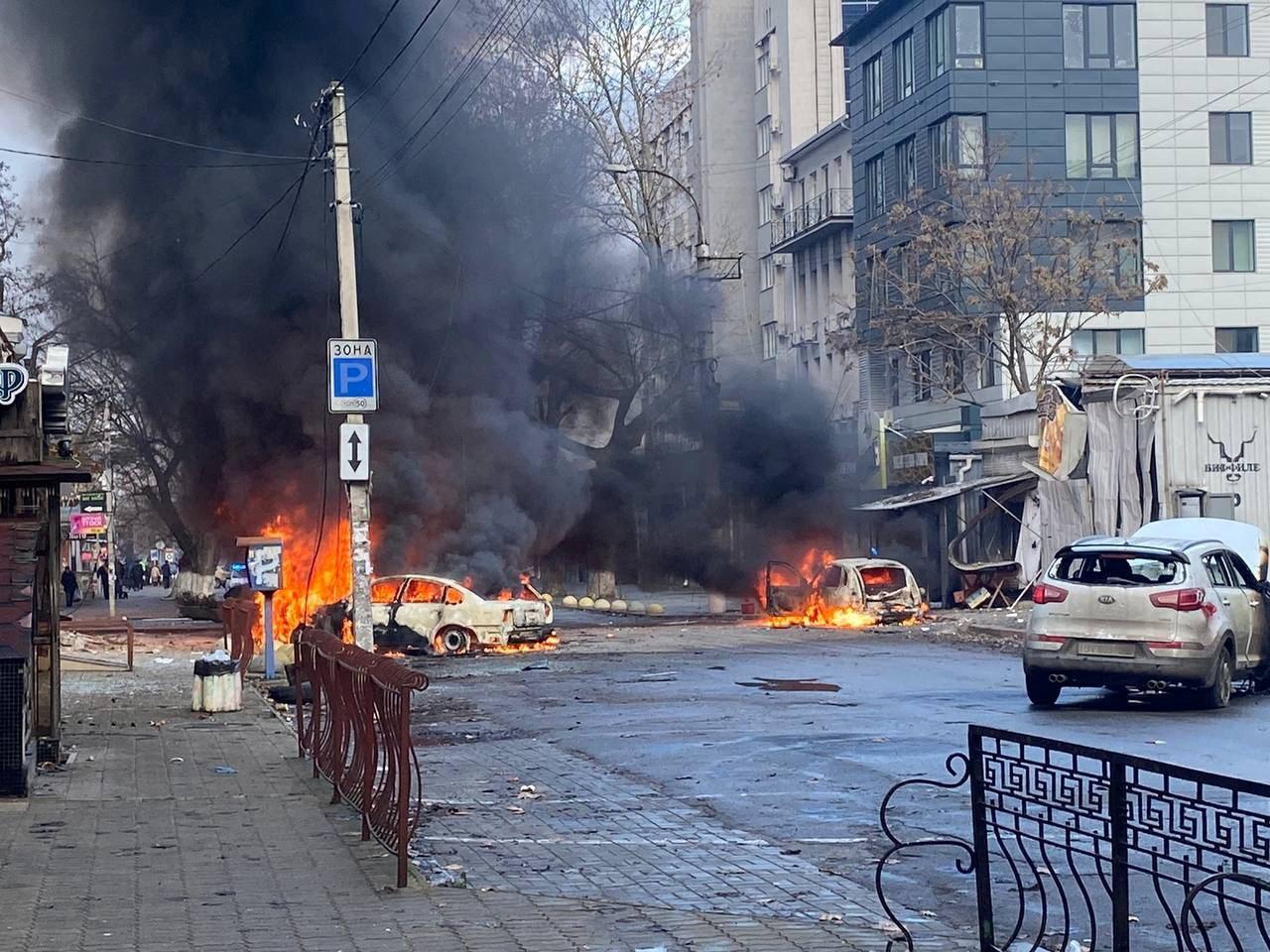 SENSITIVE MATERIAL. THIS IMAGE MAY OFFEND OR DISTURB. Cars burn on a street after a Russian military strike, amid Russia’s attack of Ukraine, in Kherson, Ukraine December 24, 2022. Ukrainian Presidential Press Service/Handout via REUTERS

“Social networks will most likely mark these photos as ‘sensitive content’. But this is not sensitive content – it is the real life of Ukraine and Ukrainians,” he wrote.

“These are not military facilities … It is terror, it is killing for the sake of intimidation and pleasure.”

Yuriy Sobolevskyi, deputy chair of the regional council, said a missile landed next to a supermarket by the city’s Freedom Square.

“There were civilians there, each of whom lived their own life, went about their own business,” he said, noting the presence of a girl selling phone Sim cards, others unloading items from a truck, and passers-by.

There was no word on the incident from Moscow, where President Vladimir Putin says his troops are fighting fascism in Ukraine and resisting a Western threat to Russia’s security.

Reuters was unable to independently verify the reports from Kherson.

Ukraine retook the city, the only regional capital to be captured by Russia since its Feb. 24 invasion, in November. Since then, Kyiv says Russian forces have heavily shelled the city from across the vast Dnipro river.

In the course of the war, Ukraine has driven Russian forces from the areas around its capital Kyiv and second biggest city Kharkiv. Moscow is now focused on holding areas its forces occupy in the south and east – around a fifth of Ukraine.

Another aide, Mykhailo Podolyak, hit out at those calling for Kyiv to seek peace talks with Russia, referencing Moscow’s relentless pounding of Ukraine’s power grid since October.

Ukrainian officials say Moscow has already fired over 1,000 rockets at the country’s power grid, and have warned of a bitter winter with huge deficits of power and water pumping capacity, crippling central heating in most Ukrainian homes.

“Russia wants to kill with impunity. Shall we allow it?”

Kyiv was still recovering from Monday’s wave of missile strikes, which knocked out half the city’s power supply well into the next day, according to Ukraine’s prime minister.

On Friday evening, the CEO of a major energy provider said that Kyiv’s west bank, which holds the city centre and most major government buildings, was still seriously affected.