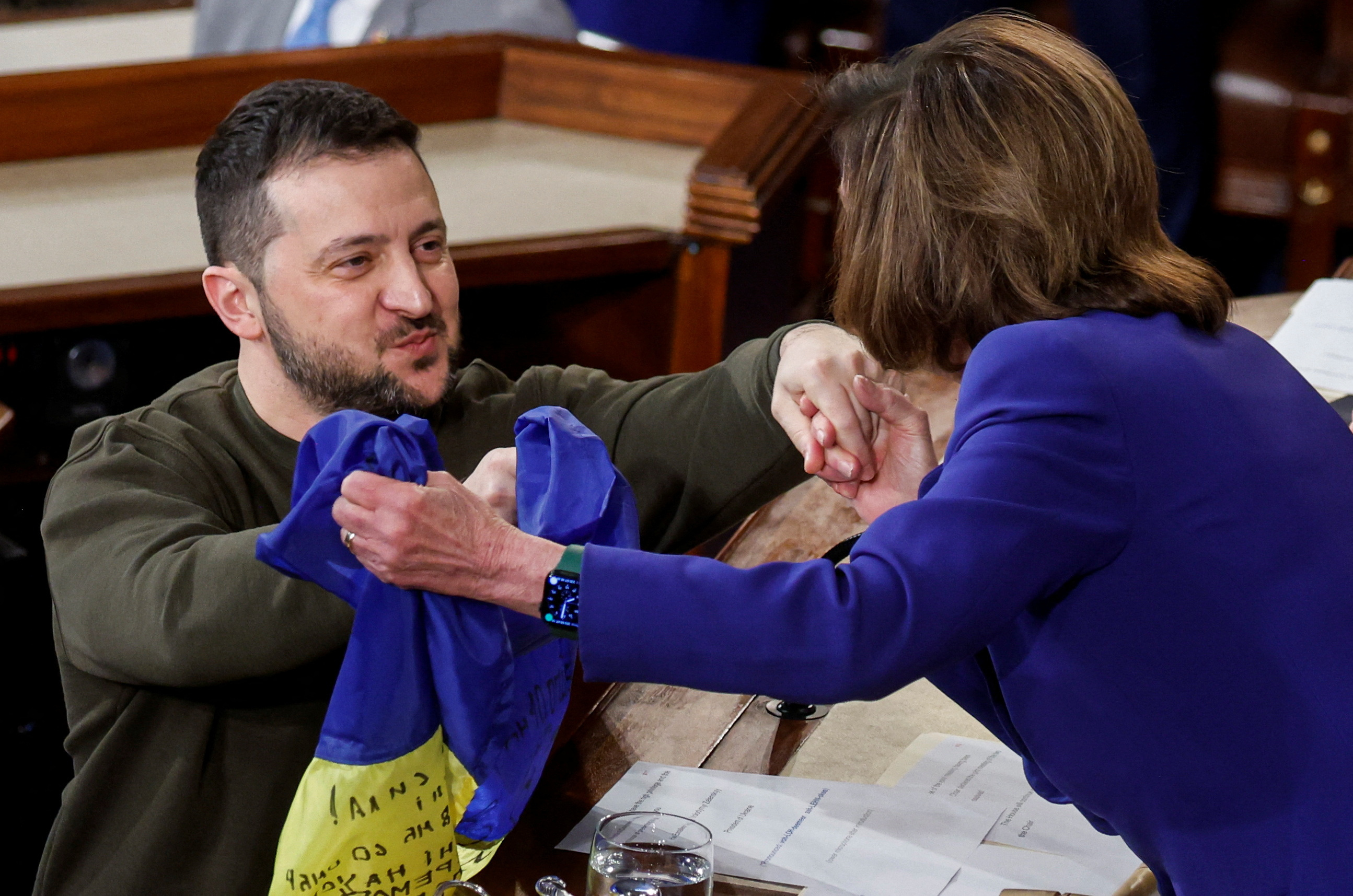 Ukraine’s President Volodymyr Zelenskiy presents a Ukrainian flag given to him by defenders of Bakhmut to U.S. House Speaker Nancy Pelosi (D-CA), during a joint meeting of U.S. Congress in the House Chamber of the U.S. Capitol in Washington, U.S., December 21, 2022. REUTERS/Jonathan Ernst

Ukrainian Americans in Washington saw President Volodymyr Zelenskiy’s U.S. visit as a promising sign that displayed strong relations between the countries but also urged more American assistance to defend against the Russian invasion.

Dozens of pro-Ukrainian activists gathered near the White House on Wednesday afternoon as Zelenskiy visited Washington for his first publicly known foreign trip since Russia’s invasion on Feb. 24. The group called “U.S. Ukrainian Activists” then headed to the U.S. Capitol for Zelenskiy’s address to the Congress.

“In the long term, helping Ukraine will enable the U.S. to preserve national security,” Catherine Pedersen, a board member of the U.S. Ukrainian Activists group, told Reuters. “It’s that awkward situation where you are incredibly grateful for (U.S.) support, but there is need for more,” she added.

Another Ukrainian American, Oleksandra Kepple, a researcher at the University of Maryland, said the current U.S. assistance to Ukraine was not yet sufficient for Kyiv to win.

“I obviously appreciate U.S. assistance. Its enough to survive but not yet enough to win,” Kepple said.

“Ukrainians are asking for aid and assistance. Had the U.S. provided the assistance sooner, more lives could have been saved,” Durbak said, adding that Zelenskiy’s trip could help make a case for more aid.

Russia says it is waging a “special military operation” in Ukraine to rid it of nationalists and protect Russian-speaking communities. Ukraine and the West describe the Kremlin’s actions as an unprovoked war of aggression.