DONETSK REGION, Ukraine (Reuters) – On the heaviest days of fighting in east Ukraine, teams of army doctors near the front line can carry out five amputations at a time as they try to save limbs and lives. 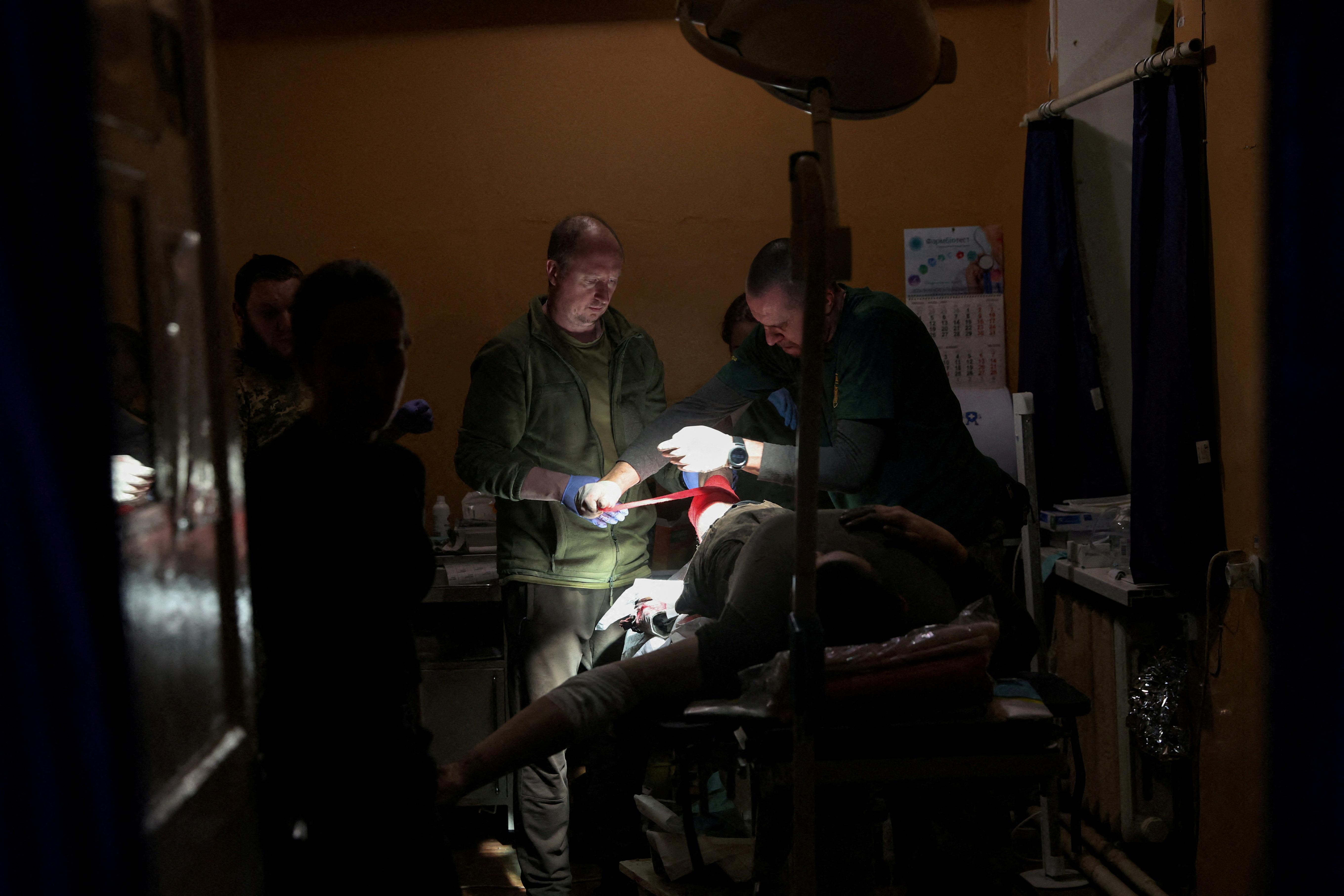 FILE PHOTO: Medics from the First Volunteer Mobile Hospital unit treat soldiers transported from the frontlines, as Russia’s attack on Ukraine continues, in the Donbas region of the Ukraine, December 11, 2022. REUTERS/Shannon Stapleton/File Photo

But no two days are the same at a military hospital in the Donetsk region that treats soldiers wounded in some of the fiercest battles in nearly 10 months of war with Russian forces.

“There are days when there are many heavily wounded: four or five amputations at once. Sometimes there is no one for two, three, four hours,” said Oleksii, a 35-year-old army doctor who declined to give his full name.

“No day is like another. Sure, there are difficult days, especially when our (soldiers) are attacking. Then the work can go on for five, six, seven hours straight.”

Saving damaged limbs bound tightly on the battlefield to limit blood loss is the first priority for Oleksii.

“We mainly stabilise the patient. I think that the most important part of our job is to take off the tourniquet in time, to give a chance to save the limb or part of the limb,” he said.

For 36-year-old Oleksii Nazaryshyn, a brigade military service chief, the main goal is simply to save lives.

“We need to make sure the boys don’t die, and reach the next point of evacuation,” he said.

Medical staff try to lift soldiers’ morale by decorating the military hospital with children’s drawings. Reuters is not disclosing its location for security reasons.

“Ukrainian warrior! We the students of Bystrivska gymnasium wish you victory and God’s protection of our Ukraine,” declares one of the drawings.

Some of the staff find it hard to hold back tears as wounded soldiers are carried in on bloody stretchers.

“When you’re alone you can cry, but when you go through the doors you have to smile because they (the wounded) are looking at you and saying ‘I am already doing better’.”

She praised the soldiers’ courage and determination.

“Very often he (the wounded) is being brought in and says ‘sew me up and I’ll go back to the boys! My boys are there.’ Not even one said ‘take me away, I want to go home.’ Everyone says ‘My boys are there, I will go to them’,” she said.