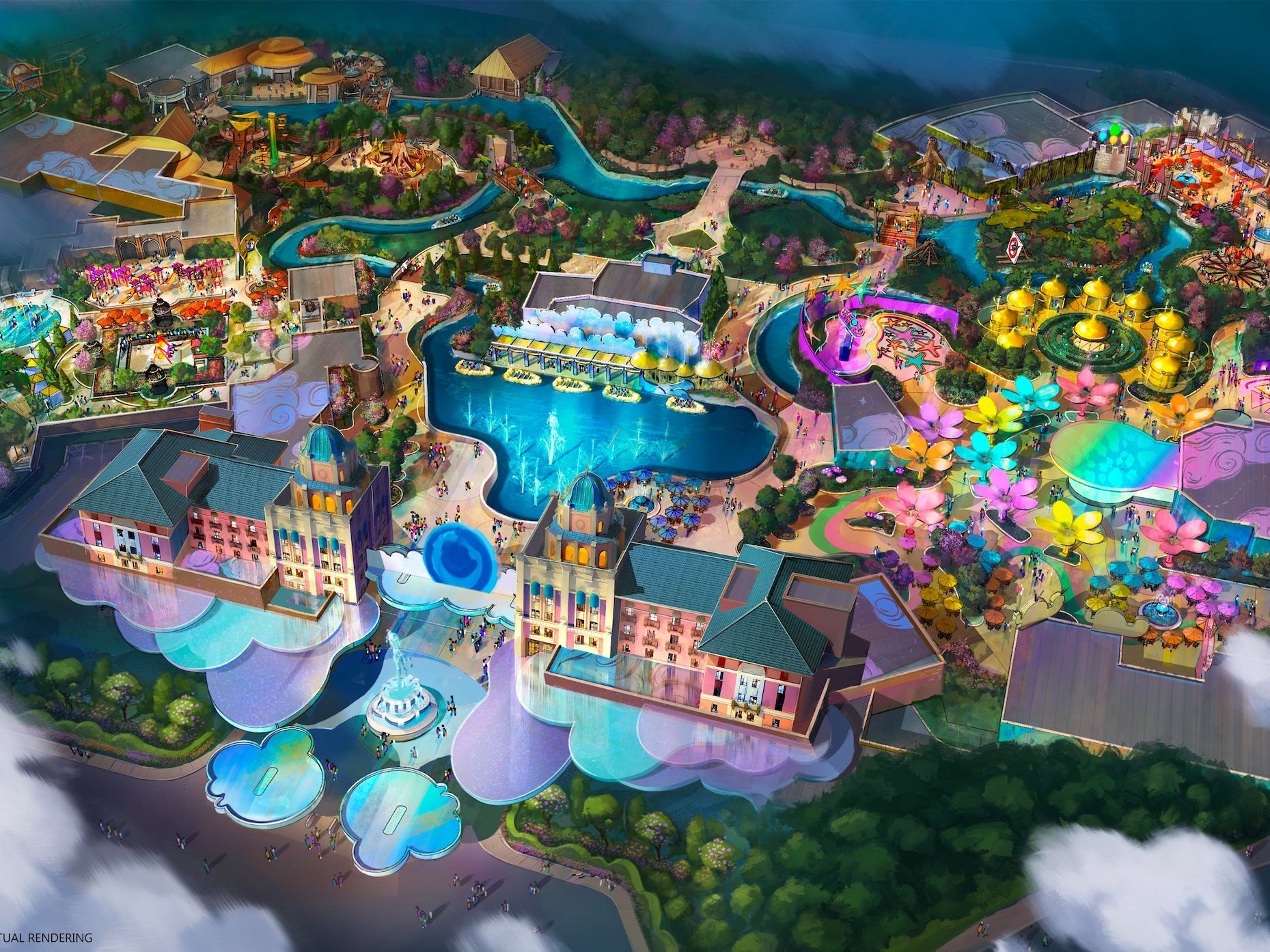 Universal Parks and Resorts is going regional with two new developments in Las Vegas and Frisco, Texas, the company announced on Wednesday.

But don’t expect a new Wizarding World of Harry Potter or Revenge of the Mummy ride. Instead, the Texas property will be a first-of-its-kind theme park for families while the Las Vegas development will become a go-to destination for horror fanatics.

Universal Parks and Resorts will turn 97 acres of land just north of Dallas, Texas into a small amusement park with character meet and greets, shows, and attractions for young children and families.

To target this new-to-brand demographic, the upcoming property will look nothing like Universal’s existing products, the company said in a press release. But similar to Universal Orlando park and resort, this Texas property will grow to include a themed hotel as well.

“We think North Texas is the perfect place to launch this unique park for families given its growing popularity within this part of the country,” Page Thompson, the company’s president of new ventures said in the press release.

A rendering of Universal Parks and Resorts’ upcoming horror attraction in Las Vegas.

To the west, the upcoming Nevada property couldn’t be more different from this planned family-friendly destination.

The brand’s popular seasonal Halloween Horror Nights will become a permanent fixture at Las Vegas’ entertainment district, Area15. There, horror fanatics will be able to experience Universal’s portfolio of horror films — which includes classics like Frankenstein and new movies from directors like Jordan Peele — in a 110,000 square-foot venue of “experiential entertainment,” food, and beverage, according to Universal.

Universal’s new developments come as the company continues to domestically expand and evolve its popular theme park arm. In February, Super Nintendo World will open at Universal Studios Hollywood in Los Angeles. Shortly after, Universal Orlando will launch its newest attraction, Illumination’s Villain-Con Minion Blast. And in 2025, the brand will open Epic Universe, a new amusement park in Orlando.

More than 350,000 customers have lost power in Texas as the state continues to be hit with a deadly ice storm. Ukraine says Russia could be preparing for a new offensive as we get closer to the one year anniversary of the invasion. A local district attorney says there’s more footage and audio of Tyre Nichols’ arrest that hasn’t been released yet. A glacier near Seattle has completely melted. Plus, the CDC has a warning about some eye drops after dozens of infections and one death.