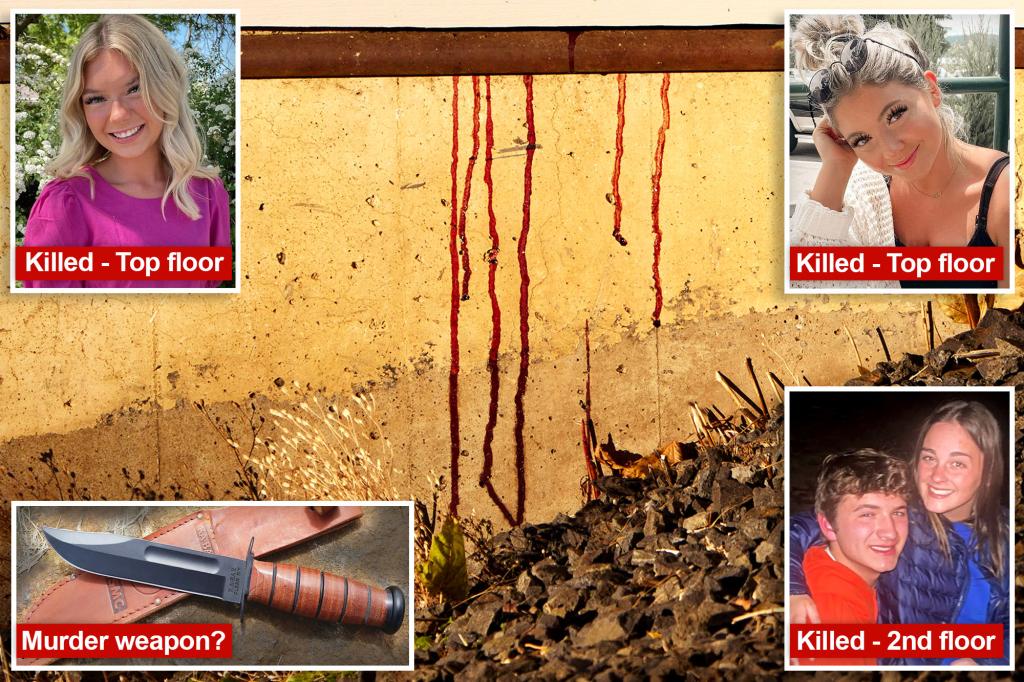 The gruesome stabbing murders of four friends from the University of Idaho while they slept has sent shockwaves through the small college town of Moscow — and the rest of the country.

The victims – all under 22 – were killed at their off-campus home in the dead of night after partying at separate locations in a grisly and seemingly motiveless slaying.

Local police and FBI have examined thousands of pieces of evidence and hundreds of tips, but two weeks after the deaths haven’t announced a suspect or the murder weapon.

With a killer on the loose many students have declined to return to the University for the final weeks of the semester, and the father of one victim said he’s “frustrated” by the cops’ response in the puzzling case.

Here’s what we know about the murders so far. 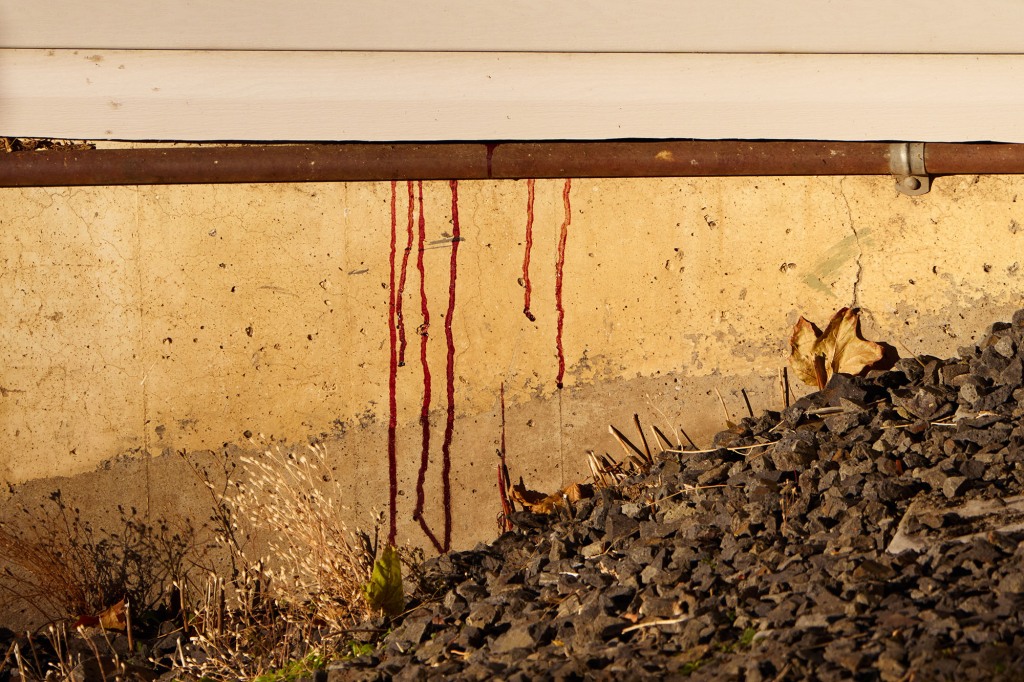 Blood oozes out of the side of an off-campus home where four University of Idaho students were stabbed to death.James Keivom 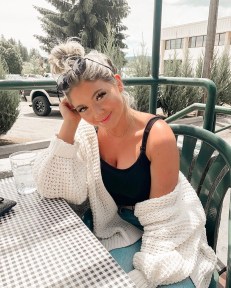 Kaylee Goncalves graduated from Lake City High School in Coeur d’Alene, Idaho in 2019, and attended University of Idaho. She had been to high school with another victim, Madison Mogen, who was her best friend.

“Mostly they looked out for one another, and would fiercely defend one another should smack talk come from anyone else,” English and speech teacher Todd Josmin told the Idaho Press.

Goncalves shared a photo with her roommates hours before her murder, saying “One lucky girl to be surrounded by these people.” 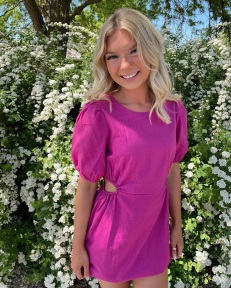 She was majoring in general studies in the College of Letters, Arts and Social Sciences.

“Maddie exuded love. She was kind, gentle, and oh so fun. Maddie was smart and motivated. She often worked multiple jobs, did extremely well in school and somehow always prioritized time with her friends and family first,”aunt Katie Blackshear said. “Maddie was cherished by our family and we are all shattered.”

Mogen had been dating Jake Schriger, whose “world has been turned upside down” by her death, his mom told The Post, adding: “Her and Jake went together like peanut butter and jelly.”

Mogen was majoring in marketing and a member of the Pi Beta Phi sorority. 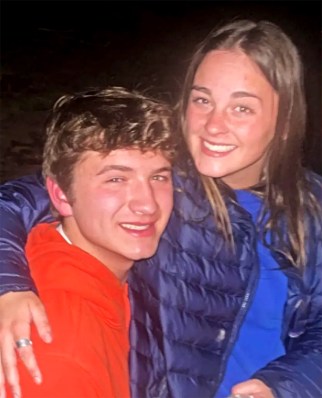 “You rarely get to meet someone like Xana,” her sister Jazzmin Kernodle told CNN. “She was so positive, funny and was loved by everyone who met her.”

Kernodle was a junior studying marketing and a member of the sorority Pi Beta Phi, according to the university.

Xana had been dating Ethan Chapin, who was also murdered.

Ethan was a “kind, loyal, loving son, brother, cousin, and friend,” his mom Stacy Chapin said in a statement following his murder.

Chapin, a freshman majoring in recreation sport and tourism management, was in a set of triplets, all of whom attend the University of Idaho.

He was a member of Sigma Chi fraternity.

The Night of the Murders

Before the murders, the friends spent their Saturday night partying like many college students would.  Chapin and Kernodle went to a gathering at his fraternity and were home around 1:45 a.m. Sunday, police said.

Goncalves and Mogen went to a local bar called Corner Club, leaving around1:30am. They stopped at a late-night food truck where they chatted with others on line while waiting for their food. A ride share driver – who has been eliminated as a suspect — drove the two students home, and they arrived just before 2 a.m.

Once home, Goncalves called her on-again off-again boyfriend Jack DuCoeur seven times between 2:26 and 2:52 a.m., but he didn’t answer because he was asleep. Police have ruled out DuCoeur as a suspect. 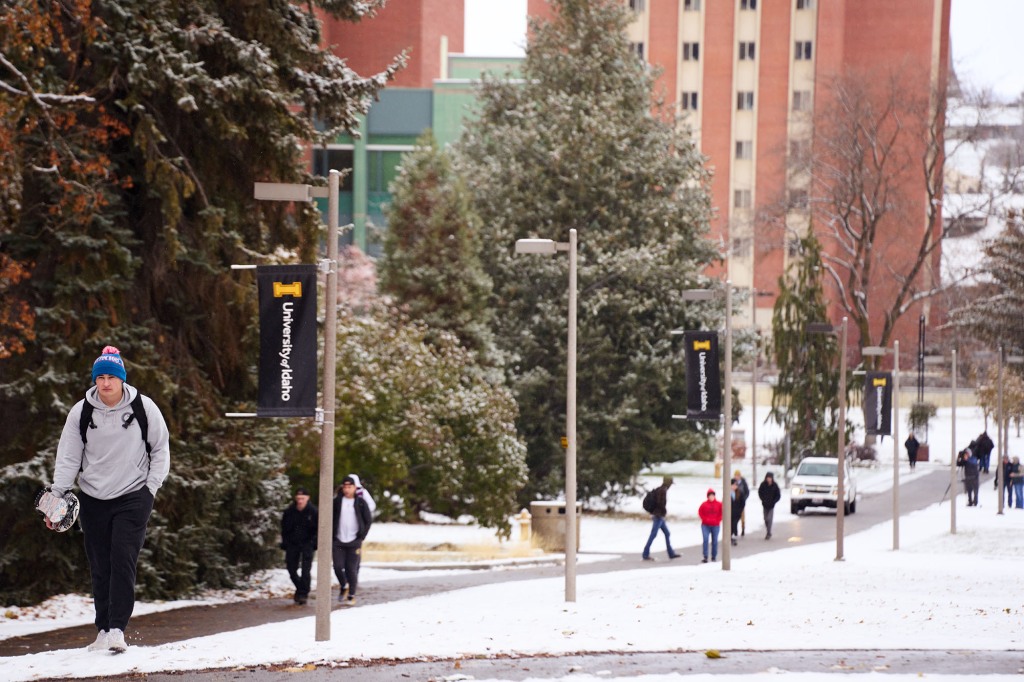 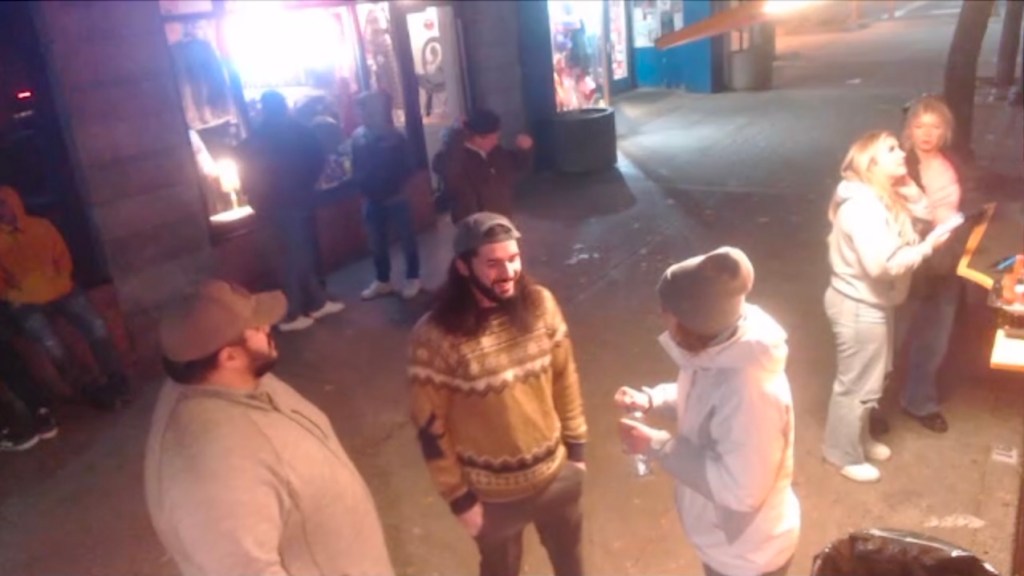 Twitch streaming video from a food truck in Moscow, Idaho, shows murder victims Madison Mogen and Kaylee Goncalves hours before they were killed.GrubTruckers/Twitch 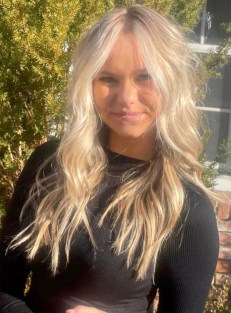 The four murdered students were found on the second and third floor of their home, but the two roommates living on the ground floor — Bethany Funke and Dylan Mortensen — were spared. It’s unclear why the two roommates were not killed and if they slept through the attacks.

Funke and Mortensen had also been out that night and arrived home just after 1 a.m. the morning of the murder. Neither has spoken publicly about the murders, but showed off matching tattoos to commemorate their fallen friends.

It has also emerged murdered roommate Kaylee Goncalves’ dog, Murphy, was at the house when police responded around midday.

However, authorities have not confirmed if they believe the dog was in the house at the time of the murders.

Police have yet to locate a murder weapon, but are believed to be seeking a fixed blade knife, possibly a KA-BAR style combat knife.

Moscow Building Supply general manager Scott Jutte told the Idaho Statesman that a police officer stopped by the retailer a few times in the week following the murder to ask if he had sold any knives of that type.

Authorities haven’t said why they were seeking the weapon.

Police say they have processed more than 1,000 tips, collected 103 pieces of evidence, conducted almost 100 interviews and taken more than 4,000 photographs of the crime scene.

The killer likely entered the 2,300 sq. ft home between 3 and 6 a.m. through a sliding door and stalked through three bedrooms carrying out their knife rampage, records indicate. Goncalves and Mogen were killed on the third floor, while Chapin and Kernodle were killed in a bed they were sharing on the second floor.

Moscow police appear to be searching for a “Rambo”-style knife used in the killing.KA-BAR.

None of the victims showed signs of sexual assault, according to the coroner’s report. No motive has been identified for the murders.

Who is the Killer?

Authorities do not know who is responsible for the killing, but they have ruled out a slew of suspects, including: Goncavles’ ex-boyfriend DeCoeur; the man seen with Goncalves and Mogen at the food truck; the person who drove the two girls home; the surviving two roommates, Mortensen and Funke; the victims themselves, as there is no evidence of a murder-suicide and the friends summoned to the house by the surviving roommates the morning of Nov. 13.

Rumors circled the Goncalves had said she had a stalker, but police have been unable to substantiate the claims. 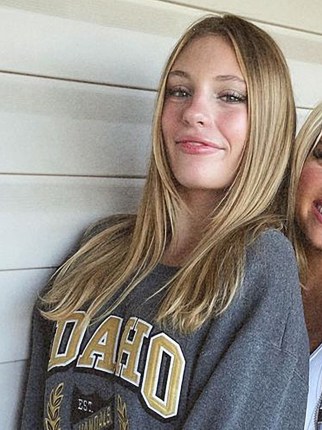 Famed former FBI profiler Jim Clemente told The Post he believes the suspect is a “younger” man and a first-time killer who knew at least one of the suspects.

“This is an extremely risky crime for the offender — unless he knows one or more of the victims, or he’s been stalking one of them,” he said. “Going into an occupied dwelling with six young adults, any of whom could have a knife or a gun or a cell phone to call the police is extremely risky unless you know the circumstances inside.”

While authorities certainly had mountains of evidence and tips to work through, they’ve taken heat recently for the lack of developments in the case.

They have also waffled on their communication to the public, first saying they did not believe “there is an ongoing community risk,” then walking those statements back a few days later.

Police also said they do not know if the murderer fled or is hiding in plain sight.

Goncalves’s father Steve expressed his frustration with police on Saturday, saying he wasn’t being updated regularly about new developments.

“[Police are] just telling me that they can’t tell me much, which is frustrating to me because I’ve been very trustworthy,” he said. 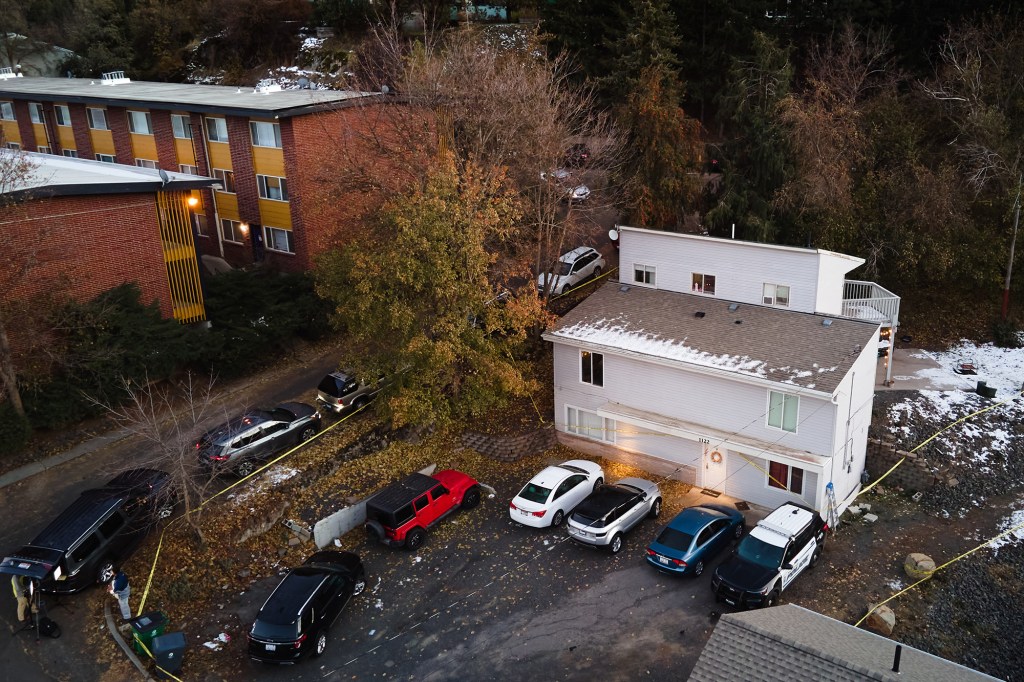 General view of the off-campus home where four University of Idaho students were stabbed to death.James Keivom

Home » Selected Articles Review » University of Idaho murders update: What we know so far
a