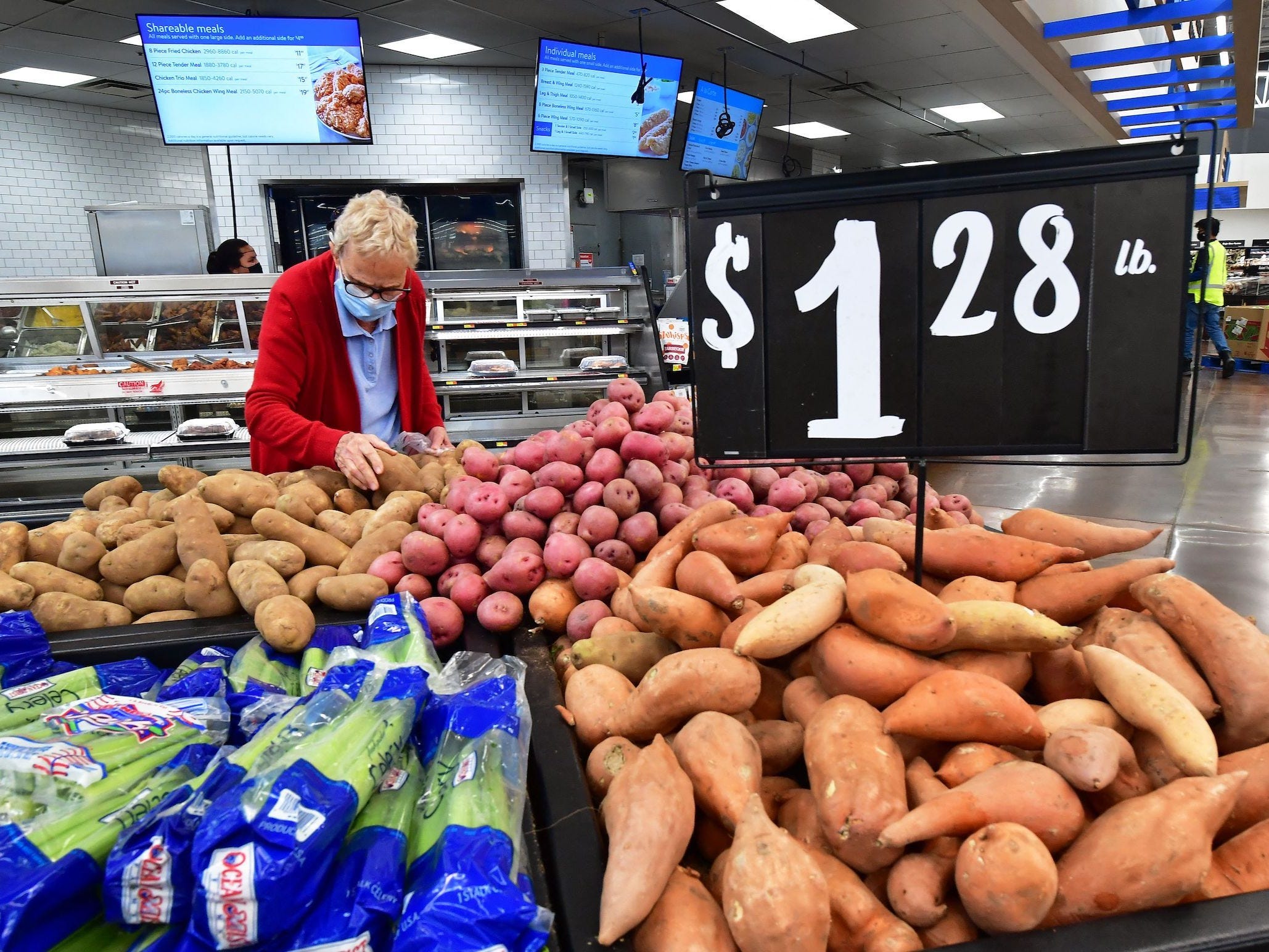 While Americans have been facing higher prices for things like rent and shelter from the same time a year ago, overall US inflation is quickly cooling based on data from the most recent months.

Prices are pretty much back to where they were in September, based on non-seasonally-adjusted data.

“Relative to expectations, the Consumer Price Index for December delivered. The tide has turned, and improvement is now the prevailing trend,” Greg McBride, chief financial analyst at Bankrate, said in a Thursday statement. “The easing of inflation pressures is evident, but this doesn’t mean the Federal Reserve’s job is done. There is still a long way to go to get to 2% inflation.”

But that headline year-over-year increase is in many ways already stale. By comparing prices now to those from a year ago, the big number everyone is talking about has baked in all the inflation from that entire year, and doesn’t give us the full picture of what’s been going on more recently.

While the annualized 3-month change in CPI was in the double digits each month from March to July and above the year-over-year change, that shorter-term inflation rate has since tumbled to 0%, meaning overall prices in December were about the same as they were in September. The following chart shows how the year-over-year change in the Consumer Price Index compares to that of the annualized 3-month change over time:

After rising from 0.7% in September to 2.4% in October, the annualized 3-month change then dropped to 2.1% in November. The leveling off of price growth between September and December suggests that we’re getting a lot closer to the Fed’s 2% target inflation rate.

While the unadjusted data shows the annualized 3-month change was flat in December, the 3-month annualized inflation rate was 1.8% when looking at seasonally-adjusted data, which still suggests a dramatic cooling off of inflation in the last few months.

Soaring inflation might be over sooner than we thought

Alan Blinder, a professor of economics and public affairs at Princeton University, pointed this out in a Wall Street Journal opinion piece earlier this month. Blinder wrote that “when the inflation rate changes abruptly, 12-month averages can leave you watching recent history rather than current events.”

Looking instead just at price changes over the last three months, extrapolated out to an annualized rate so we can compare to the headline number, we see a much rosier picture, as seen in the above chart. It means that America’s inflation nightmare could be over sooner than we thought.

A similar analysis from Blinder showed CPI is not too far from the target rate. Blinder wrote that “it’s a fact” that “inflation has fallen dramatically.”

Looking at November’s year-over-year change of 7.1% and changes from June 2022 to November 2022, Blinder said that the US “got there by averaging an appalling 10.6% annualized inflation rate over the first seven months and a mere 2.5% over the last five.”

But Blinder does note some caveats to this smaller rate. The analysis only looks at a few months of data, which means the optimistic trend could reverse itself. Further, core CPI, which excludes volatile food and energy prices, remains quite high. It was at an annualized rate of 4.7% for June to November, per the opinion piece. The year-over-year change in core CPI is also still high, sitting at 5.7% in December.

“So is today’s true inflation rate a mere 2.5%, meaning that Jerome Powell and the Federal Reserve can relax? Not quite,” Blinder wrote in the opinion piece.

And as Fed Chair Jerome Powell continues to say, inflation levels are not where he wants them right now — meaning the Fed will continue raising interest rates and using restrictive measures to lower high prices Americans are experiencing.

“No participants anticipated that it would be appropriate to begin reducing the federal funds rate target in 2023,” the December Federal Open Market Committee (FOMC) meeting minutes said. “Participants generally observed that a restrictive policy stance would need to be maintained until the incoming data provided confidence that inflation was on a sustained downward path to 2 percent, which was likely to take some time.”

As Insider previously reported, it will also take some time for Americans to experience the true impact of interest rate hikes, which Powell cautioned during a speech in August.

“While higher interest rates, slower growth, and softer labor market conditions will bring down inflation, they will also bring some pain to households and businesses,” Powell said. “These are the unfortunate costs of reducing inflation. But a failure to restore price stability would mean far greater pain.”