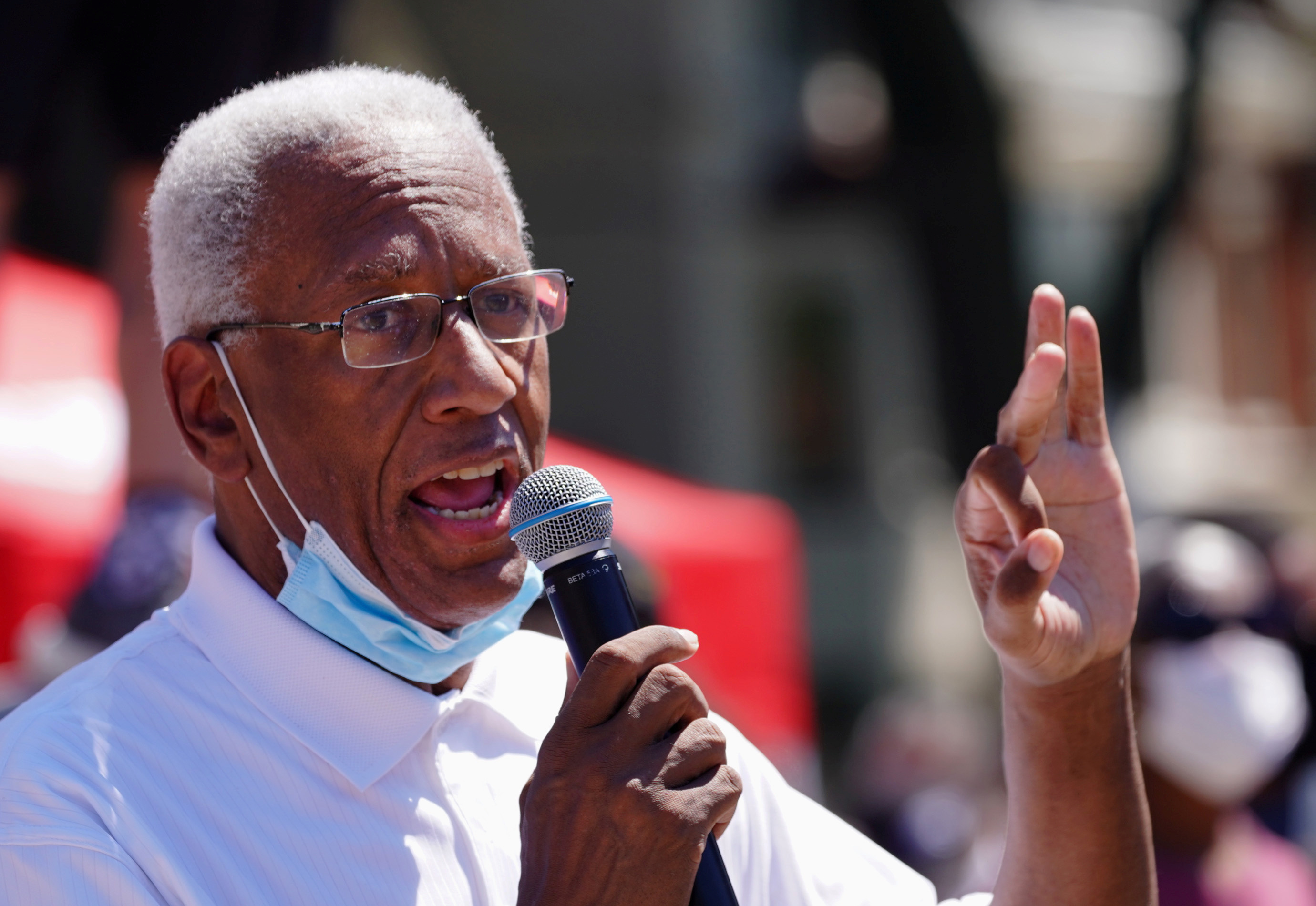 Congressman A. Donald McEachin talks to protesters at a rally against racial inequality and the death in Minneapolis police custody of George Floyd, on the statue of Confederate General Robert E. Lee in Richmond, Virginia, U.S. June 13, 2020. REUTERS/Jay Paul

U.S. Representative Donald McEachin, a Democrat from Virginia who was recently re-elected to his fourth term in Congress, died on Monday at age 61, his office said.

McEachin had been battling colorectal cancer since 2013, his chief of staff, Tara Rountree, said in a statement.

“Until a new representative is elected, our office will remain open and continue to serve our constituents,” she said.

No details about a special session to replace McEachin were announced, but regardless of the outcome, the Republicans are expected to maintain a thin majority over the Democrats in the House of Representatives.

Republicans won at least 220 seats in the Nov. 8 election against 213 by the Democrats, with five seats still to be determined.