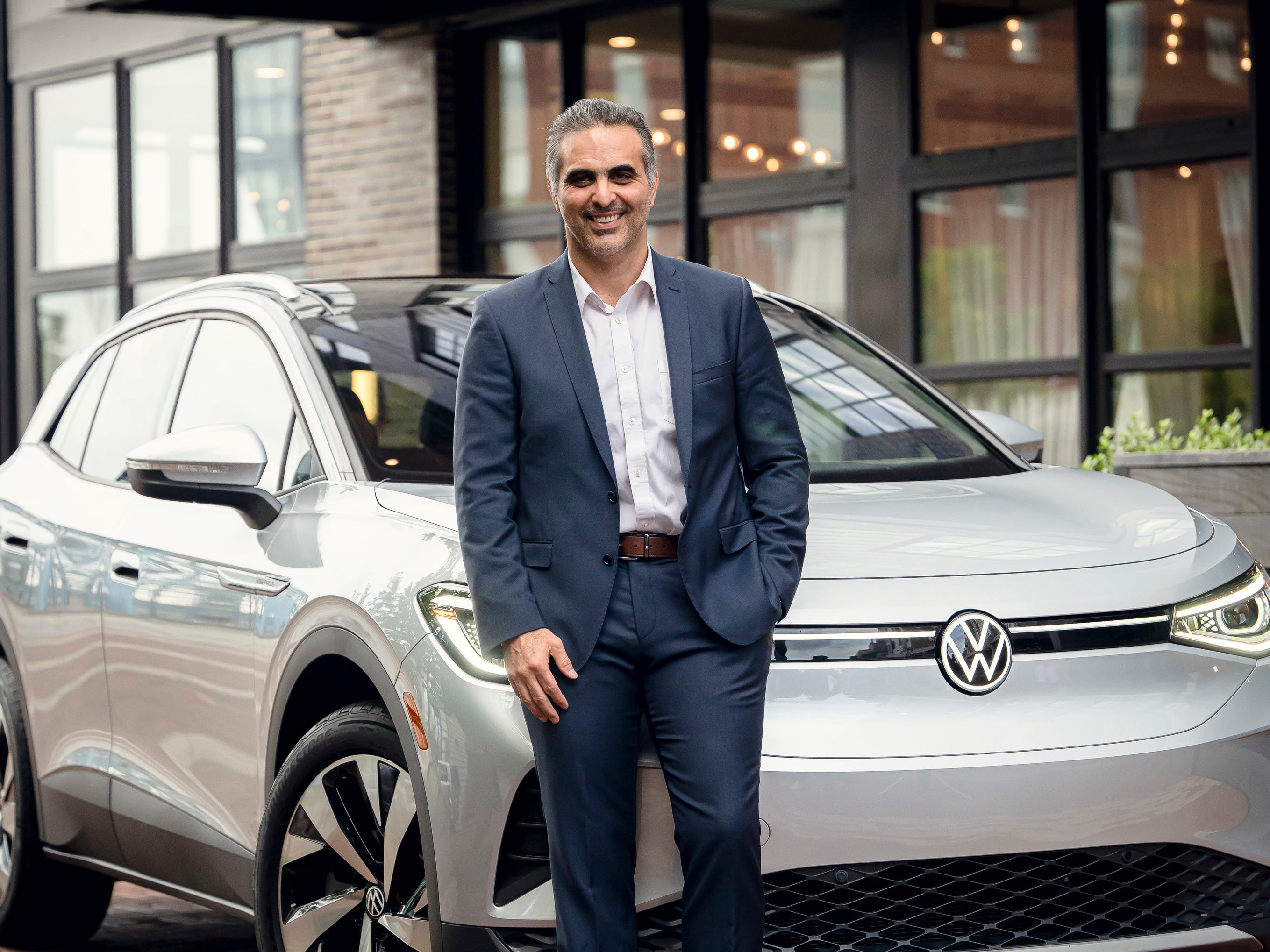 Volkswagen North America CEO Pablo Di Si said the company is just at the beginning of its journey to make electric vehicles more accessible to the general public.

Pablo Di Si doesn’t see much of his family these days.

Since September, when Di Si became the CEO of Volkswagen North America, he has been visiting suppliers in Mexico, meeting execs and policymakers in New York and Washington, and touring assembly plants in places like Tennessee.

His packed schedule can be surprising given the goals he’s laid out: Make the automaker the leading EV manufacturer in the US and make Volkswagen an industry leader in diversity.

“My life is a bit out of balance right now. But I’m doing what I love,” Di Si, 53, told Insider. “We have very clear, very ambitious targets.”

Di Si, who lives in Washington, DC, with his wife and two sons, is in charge of rolling out more than two dozen EV models by 2030, scaling the company’s EV-charging network, called Electrify America, and helping the broader Volkswagen Group become net-carbon neutral by 2050.

His to-do list extends beyond taking on the climate crisis. Di Si also plans to raise the number of women in leadership roles at Volkswagen North America from around 16% to more than 20% by 2025. He also wants to boost the number of people in leadership from international backgrounds from 20% to 25% over the same period.

For Di Si, diversity and inclusion are personal. He immigrated to the US from Argentina when he was a teen, and he’s also the first Hispanic chief of Volkswagen North America.

After graduating from Harvard Business School in 2011, Di Si worked in finance for companies including the automaker Fiat Chrysler and Kimberly-Clark, which makes Kleenex and other paper products. He joined Volkswagen in 2014 as the COO and CFO of Volkswagen Argentina. Di Si later ran the company’s Argentina business. In 2017, he became the leader of Volkswagen Brazil and Latin America.

In January 2022, Di Si was appointed executive chairman of the Volkswagen South American Region before assuming his current role in the fall.

A key driver of his success, Di Si said, has been boosting diversity in his workforce.

In the latest installment of The Equity Talk, a series of conversations with CEOs on how they’re advancing equity in their company and respective industry, the Volkswagen North America CEO talked about how he handles criticism of “woke” capitalism and his plans to grow the US EV-charging network.

This interview has been edited and condensed. 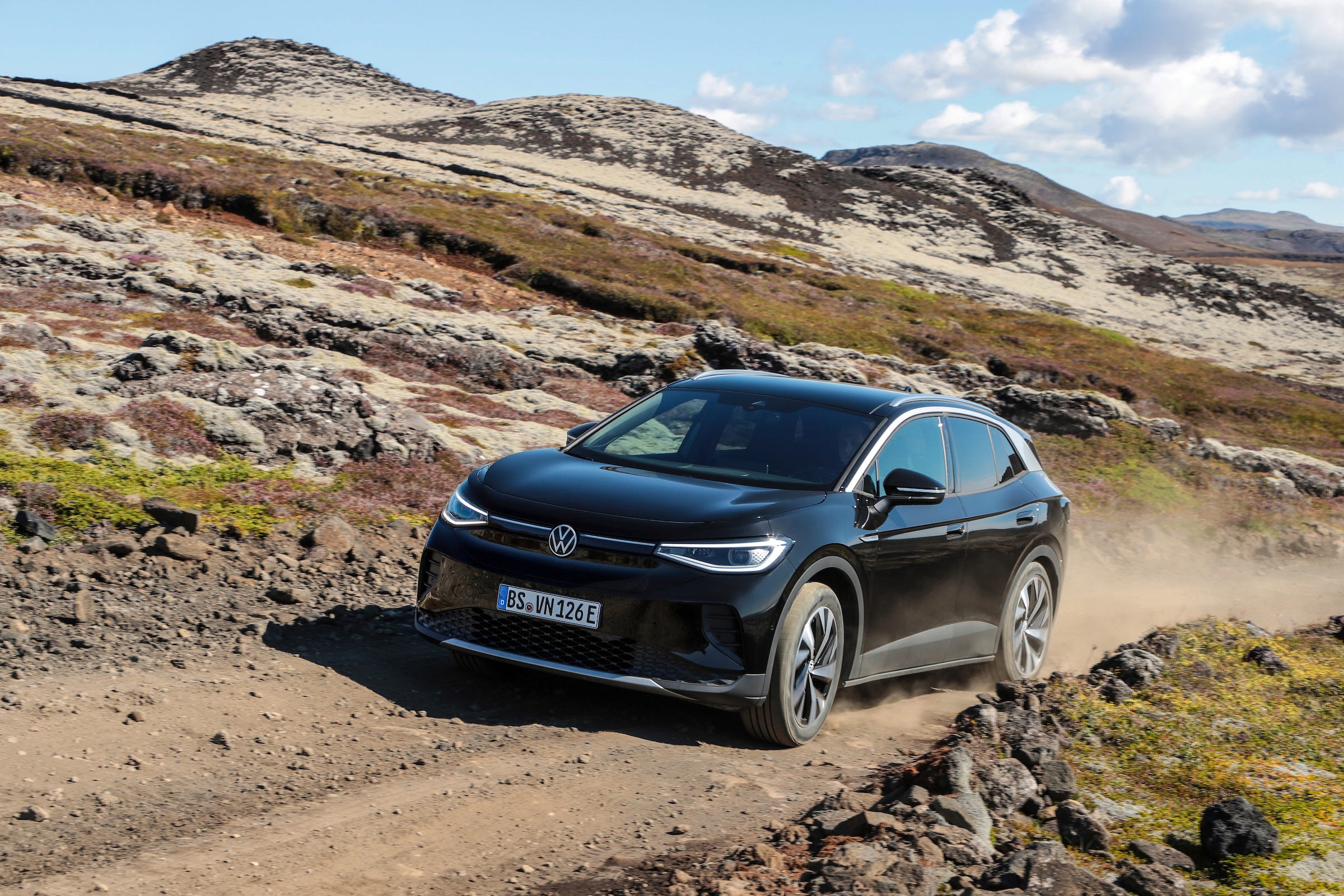 Di Si is tasked with rolling out a portfolio of more than two dozen EV models by 2030 in North America and scaling the company’s EV-charging network called Electrify America.

How are you advancing equity when it comes to tackling the climate crisis?

The great thing about Electrify America is that it doesn’t only serve Volkswagen customers; the charging system serves many of our competitors. I think that’s the spirit. There’s a bigger purpose at play here, to reduce the CO2 for the next generation.

We’re committed to increasing accessibility and addressing the affordability of electric vehicles. In 2017, we started our inclusive-mobility initiative by forming a dedicated group of designers, engineers, researchers, and computer scientists committed to exploring automotive-design solutions for people with mobility, vision, hearing, and cognitive disabilities.

Regarding affordability, our ID.4 model assembled in the US is one of the most affordable compact electric SUVs in the market. It’s also eligible for federal EV tax credits. The industry is also moving in the right direction by producing more models and batteries within North America. This will help bring prices down.

What’s one diversity topic you’re particularly focused on for 2023?

This is about inclusion. Hiring a Black person, or an LGBTQ person, or a woman — that’s the easy part. The hard part is to keep them in the company — to create policies and a culture that embraces them.

Over the past three years, we’ve tapped into a broader and more diverse talent pool by expanding our geographic requirements for many positions. We know that flexibility is especially important for our growing number of female leaders and our employees with caregiving responsibilities, and we’re working to provide an even more inclusive work environment for our employees.

In 2023, I’m committed to ensuring that all employees feel their voice matters. I’m focused on the overall employee experience to make sure that Volkswagen remains an attractive employer of choice and that we can continue to recruit and retain people that reflect the diversity of the communities we serve.

Why is diversity important to you on a personal level?

I think I’m a living example of its power. I came to the US when I was 17 years old on a soccer scholarship with just $2,000 in my pocket, with limited English, with no education, and now I’m here.

Coming to the US, I was exposed to a lot more diversity here than in Argentina. Coming to the US was a culture shock — a positive one. I learned a lot in the US about people from different backgrounds. And I learned that these communities need to be a part of the company. From a human perspective, it makes sense. But also, from a business perspective, we sell products to these communities.

How do you deal with skeptics who criticize “woke capitalism“?

Is this a perfect world? No. There’s always going to be resistance.

I lead by example. I think authenticity is key. I have one of the most diverse teams in Volkswagen that I inherited. In Argentina and Brazil, I left a legacy of diverse teams. In order for people from underrepresented backgrounds to speak up, like the LGBTQ community, they need to feel comfortable. You need to create a culture that embraces them.

Are you worried about your relationships with Republican leaders as you advance diversity?

I think being authentic and standing up for what you believe in has nothing to do with politics. I don’t care what party you’re from; it won’t change how I approach life.

These issues should not be political. I’m perfectly OK with disagreements as long as you don’t discriminate or encourage violence.

When I meet with leaders, for me, it’s about focusing on what unites us. Let’s talk about investing in trade schools, in engineering schools. Let’s talk about solar power. I try to focus on the things that are positive, not on what divides us. 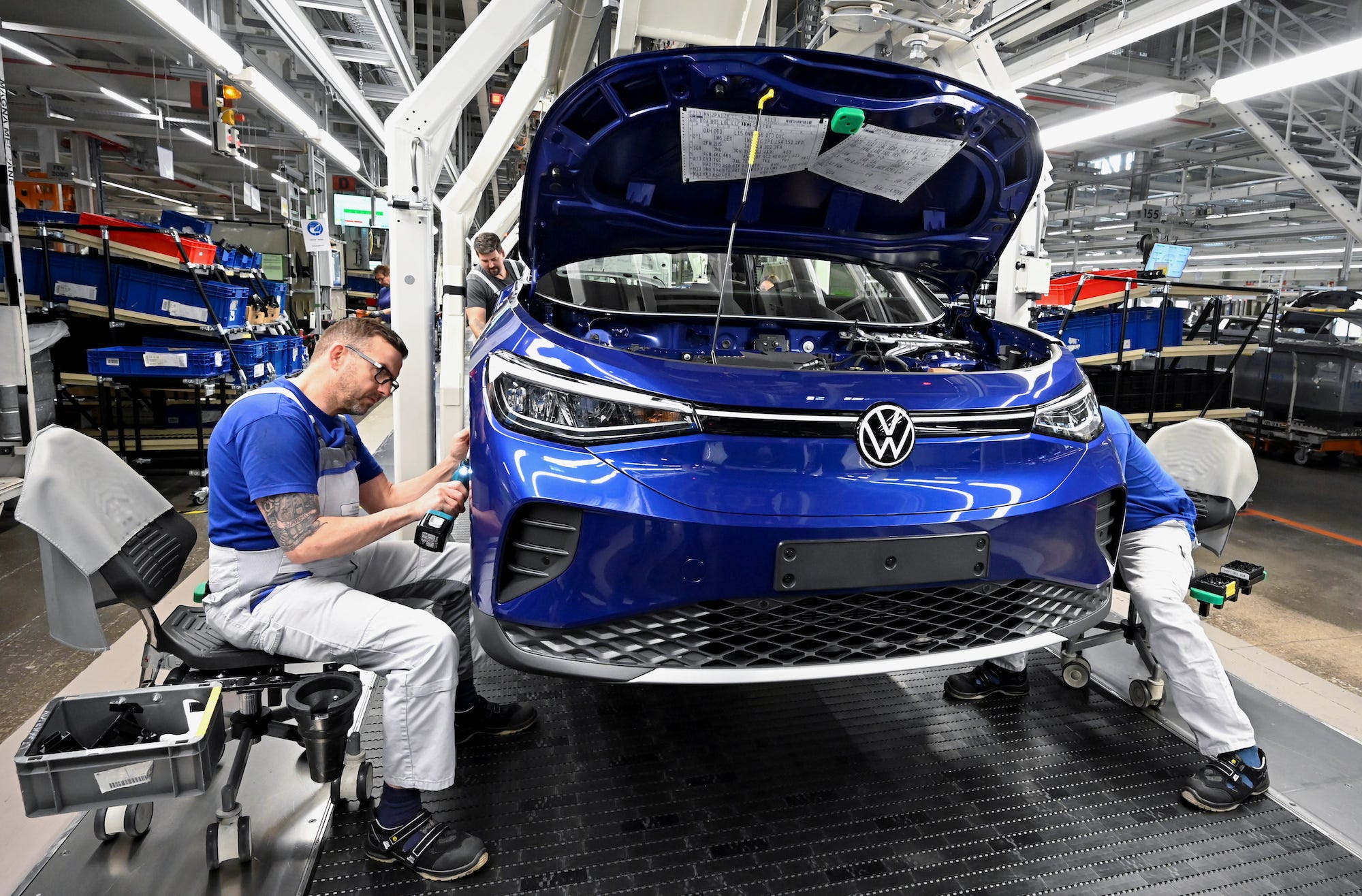 The Volkswagen North America CEO told Insider he wants to increase the number of women in leadership positions as well as those working in factories.

How are you being a leader in the climate crisis?

We are in the middle of a revolution in the industry. We’ve never seen this type of electrification and change in technology. Never. That’s one ingredient that influences my leadership style.

I use a football analogy. We’re playing offensive, not defensive. We’re forward-looking.

In 2018, for example, we were the first automaker to join the Paris Climate accord. Nobody forced us. I think we’re doing the right thing because of what we believe in.

How are you earning back the public’s trust following the 2015 emissions scandal?

I think the company did the right thing in saying, ‘We made a mistake.’ I remember back then we did not have one electric vehicle in the lineup. Within a year of the crisis, we came up with an electric platform that resulted in all the vehicles being produced today.

We’re not only looking at reducing CO2 on vehicle emissions, we’re going from the cradle to the grave. So we’re looking at emissions from suppliers, from manufacturing to using renewable energy. When you go from something that you did wrong to this incredible strategy that will take us through a couple of decades, we’re just at the beginning of this implementation.

I think we’ve come a long way, and we’re starting to recover the consumer’s confidence. This is just the beginning.