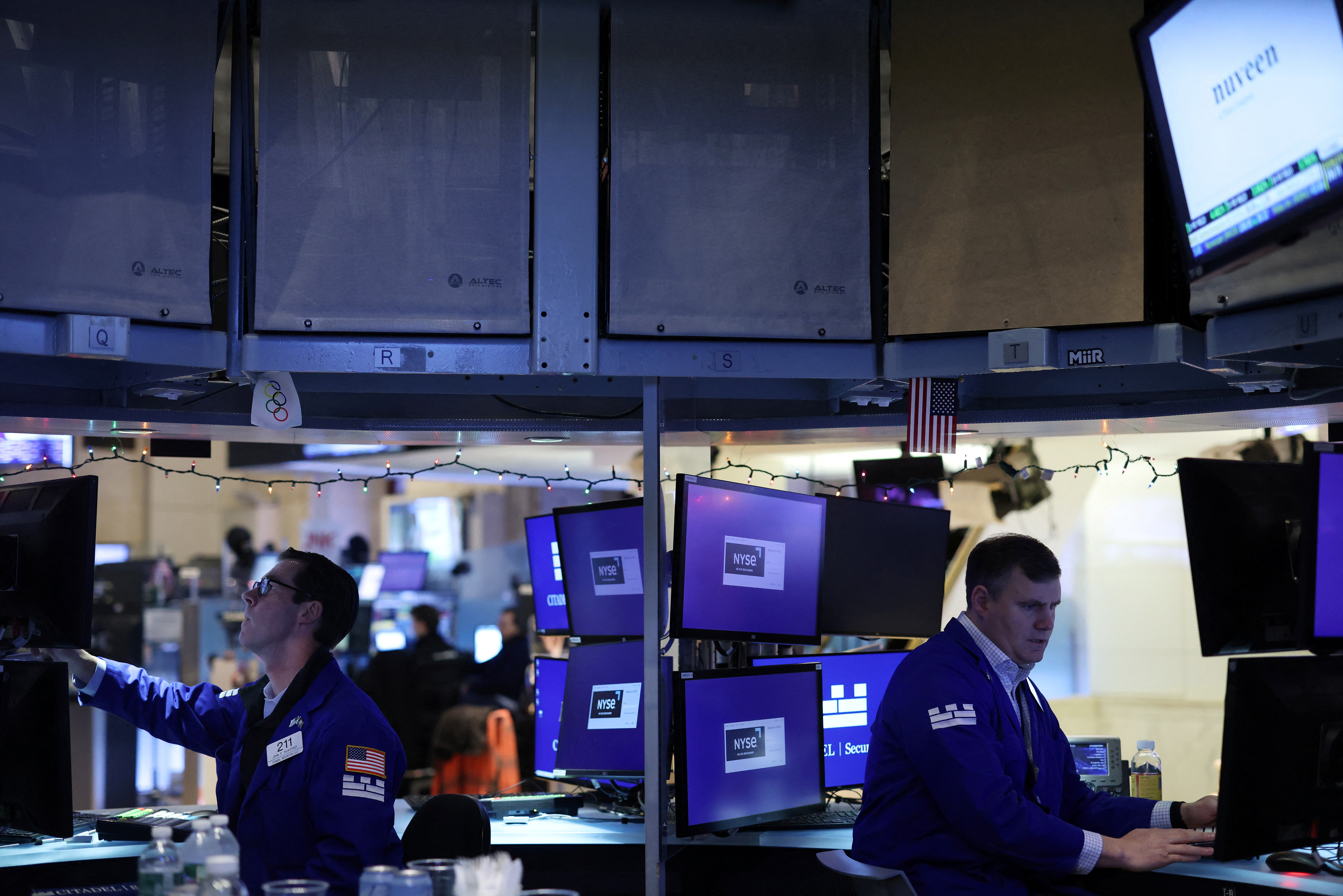 In his first public appearance of the year, Powell said at a forum sponsored by the Swedish central bank that the Fed’s independence is essential for it to battle inflation.

Recent comments by other Fed officials have supported the view that the central bank needs to remain aggressive in raising interest rates to control inflation. Fed Governor Michelle Bowman said on Tuesday the bank will have to raise interest rates further to combat high inflation.

Investors anxiously awaited the U.S. consumer prices index report Thursday, which is expected to show some moderation in year-on-year prices in December.

“There are some indications that inflation is slowing significantly. What investors are really looking for is a gap down in major inflation data that could probably get the Fed’s attention,” said Tim Ghriskey, senior portfolio strategist at Ingalls & Snyder in New York.

Traders are betting on a 25-basis point rate hike at the Fed’s upcoming policy meeting in February.

Communications services (.SPLRCL) and consumer discretionary (.SPLRCD) were among the day’s best performers among sectors.

Some investors are hoping for signs that the Fed may soon take a break after raising the federal funds rate seven times in 2022.

The World Bank on Tuesday slashed its 2023 growth forecasts on Tuesday to levels teetering on the brink of recession for many countries as the impact of central bank rate hikes intensifies.

Broadcom Inc (AVGO.O) shares fell, a day after a report that Apple Inc (AAPL.O) plans to replace a Broadcom chip from its devices with an in-house design in 2025.

Advancing issues outnumbered decliners on the NYSE by a 2.06-to-1 ratio; on Nasdaq, a 2.31-to-1 ratio favored advancers.