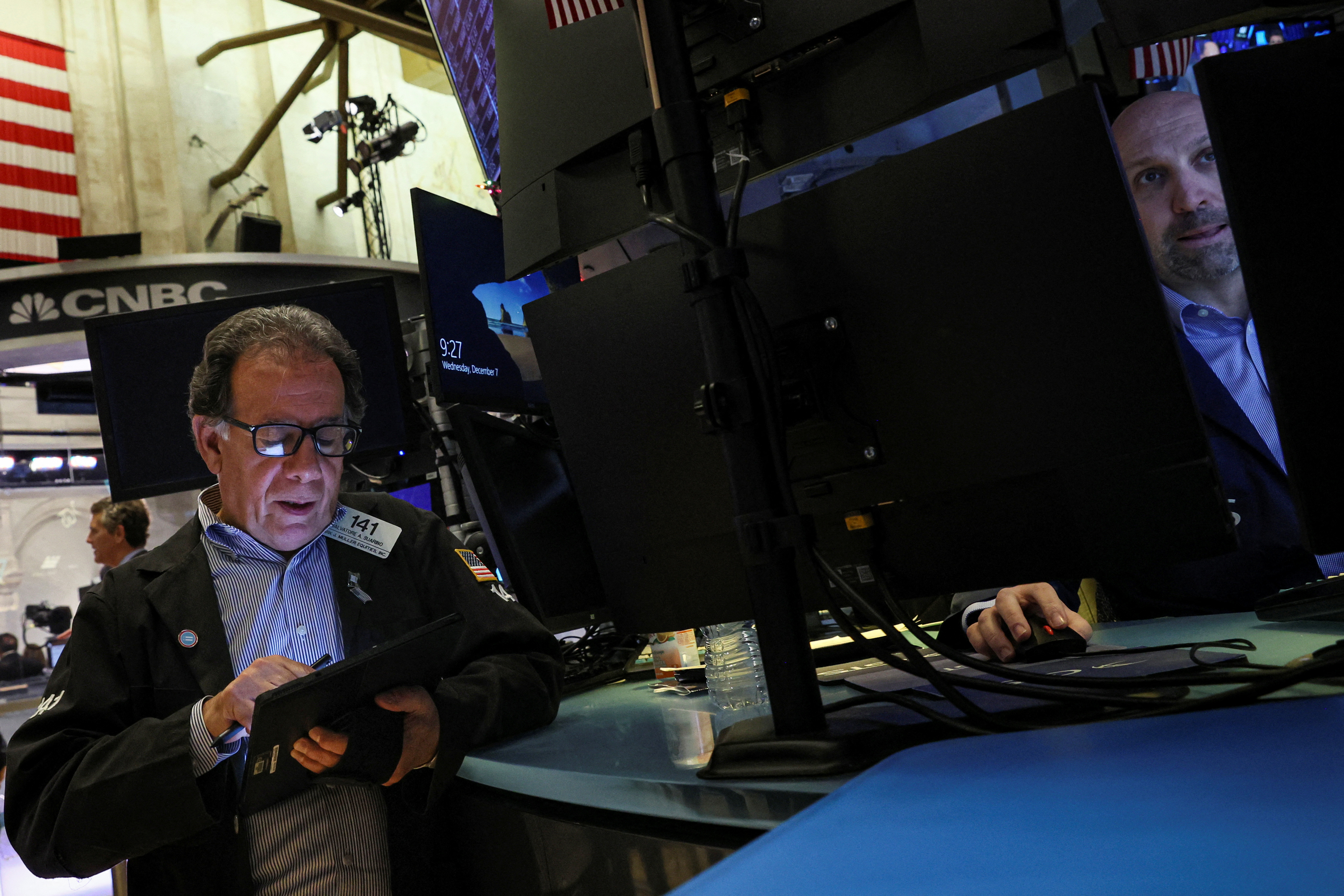 Wall Street’s main indexes dropped on the first trading day of 2023 with big drags from Tesla and Apple, while investors worried about the Federal Reserve’s interest-rate hiking path as they awaited minutes from its December meeting.

Shares in electric vehicle maker Tesla Inc (TSLA.O) were down 13%, making it Nasdaq’s biggest percentage decliner after missing Wall Street estimates for quarterly deliveries. iPhone maker Apple Inc (AAPL.O) was down 4% after hitting its lowest level since June 2021 following an analyst rating downgrade due to production cuts in China.

The energy sector (.SPNY), which logged stellar gains in 2022, slid more than 4%, tracking lower oil prices on bleak business activity data from China and concerns about the outlook for the global economy. .

The main U.S. stock indexes had ended 2022 with their steepest annual losses since 2008 following the Fed’s fastest pace of rate hikes since the 1980s to stamp out decades-high inflation.

“Even though the calendar has changed, a lot of the main issues for the market have not, specifically with the Federal Reserve tightening monetary policy as it’s still concerned about inflation,” said Chris Zaccarelli, chief investment officer at Independent Advisor Alliance in Charlotte, North Carolina.

“We’re in a bear market. Negative is the default reaction to everything,” he said. “Until the Fed really changes their tone, it’s an uphill battle for the market.”

Investors on Wednesday will closely monitor the minutes of the Fed’s December policy meeting, when the central bank raised interest rates by 50 basis points after four straight 75 basis points hikes, and signaled rates could stay higher for longer.

Other economic data due this week includes the ISM manufacturing report, also on Wednesday, and December’s jobs report on Friday.

Weakness in the labor market could give the Fed a reason to ease its monetary policy tightening, but the data so far has shown the market remains tight despite rate hikes.

Advancing issues outnumbered declining ones on the NYSE by a 1.10-to-1 ratio; on Nasdaq, a 1.01-to-1 ratio favored decliners.