Wall Street stocks, bonds and the dollar were muted on Wednesday morning ahead of a Federal Reserve meeting later in the day and central bank decisions in Europe and Britain on Thursday.

The subdued price moves followed a rally in stocks and a sharp drop in the U.S. dollar in the previous session when the consumer prices data showed a slowdown in inflation. That lifted hopes that central banks will stop raising rates in early 2023.

The U.S. consumer price index increased 0.1% last month, 0.2 percentage points slower than economists expected. In the 12 months through November, headline CPI climbed 7.1% – its slowest pace in about a year.

The MSCI All World stock index (.MIWD00000PUS) edged about 0.4% higher, with European shares slipping, but Asian markets rising overnight. It had jumped more than 1% the previous day.

In currency markets, the dollar dipped for the second straight day. It was last down 0.35% against Japan’s yen , while the euro was up 0.04% against the greenback.

The dollar, a safe-haven asset which has been boosted by U.S. rate hikes this year, has dropped around 9% from a two-decade high in September in the hope that the central banks would soon stop raising interest rates.

Susannah Streeter, senior markets analyst at Hargreaves Lansdown, said investors were in a “wait-and-see mood” ahead of the Fed rate decision.

“There was that pop we saw in markets, but then there’s a realisation perhaps dawning that it’s not necessarily going to be an easy path ahead… it’s a long way down,” she said of U.S. inflation.

European stocks fell, with the continent-wide Stoxx 600 (.STOXX) down 0.3% after rising 1.3% in the previous session.

“It’s hard to see where more good news is going to come from on the inflation front,” said Jonas Goltermann, senior global markets economist at Capital Economics. “The question for next year is are we going to get all the way back down to 2%.”

Much of the focus will be on the “dot plot” chart that will show the projection about future rate movements by committee members and the tone chairman Jerome Powell strikes in his press conference.

The median projection in September was for a peak in the Fed funds rate of around 4.6% next year, but some analysts think the Fed could go higher.

“The market wants to know if the Fed will change their stance on the dot plot,” said Tareck Horchani, head of dealing, Prime Brokerage, at Maybank Securities in Singapore.

The yield on benchmark 10-year U.S. Treasuries was little changed at 3.512% after tumbling 11 basis points (bps) on Tuesday. Yields move inversely to prices.

In commodities, oil prices rose again on Wednesday after OPEC and the International Energy Agency forecast a rebound in demand in the next year and on hopes of a slowdown in U.S. rate hikes alongside inflation.

Expectations of a less aggressive monetary policy by the Fed also helped gold prices hold above the $1,800 per ounce pivot. U.S. gold futures ticked down 0.24% to $1,809.60 an ounce.

Bitcoin rose despite the arrest of FTX exchange founder Sam Bankman-Fried, who was accused by U.S. prosecutors of fraud. It was last up 1.3% to $18,002. 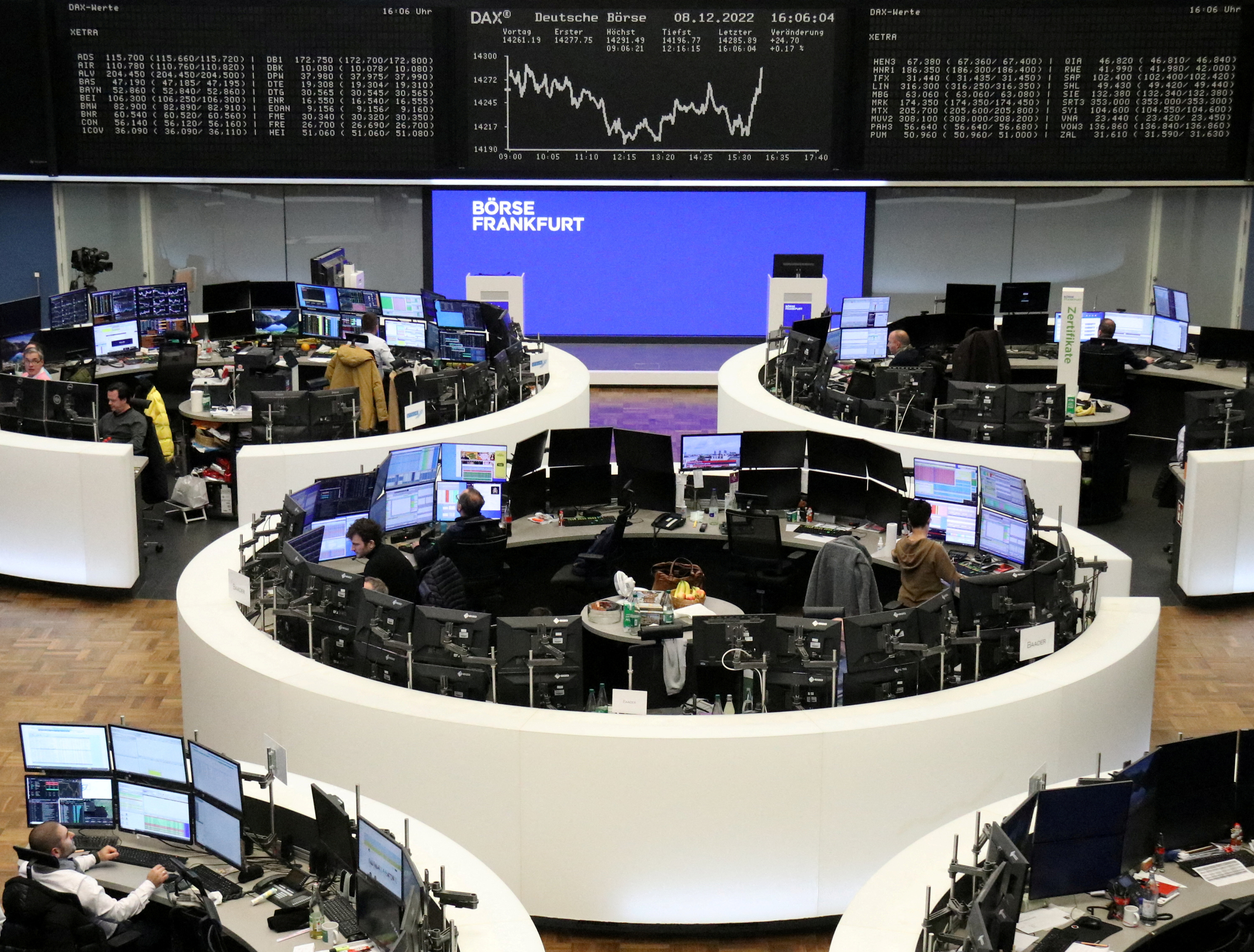 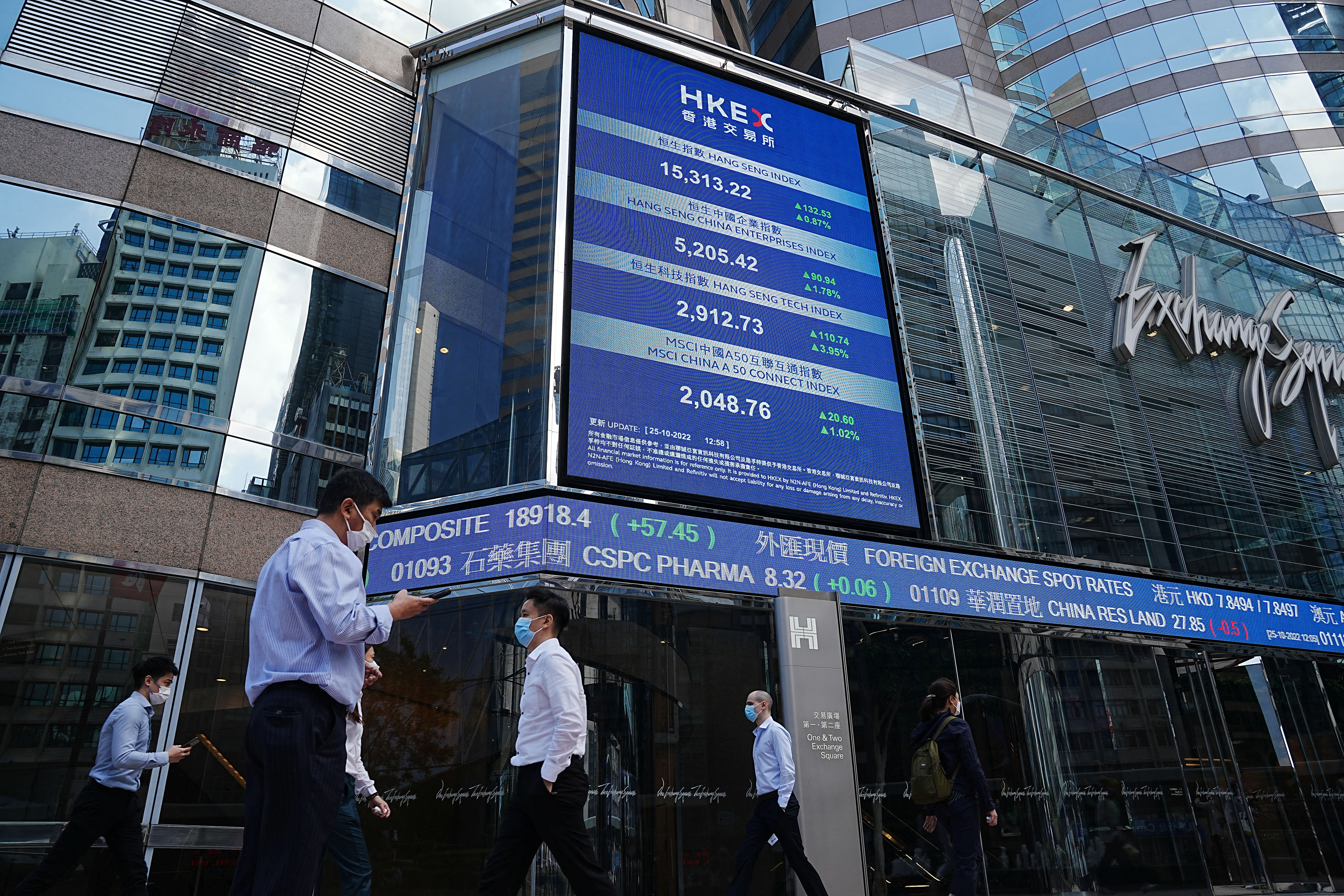