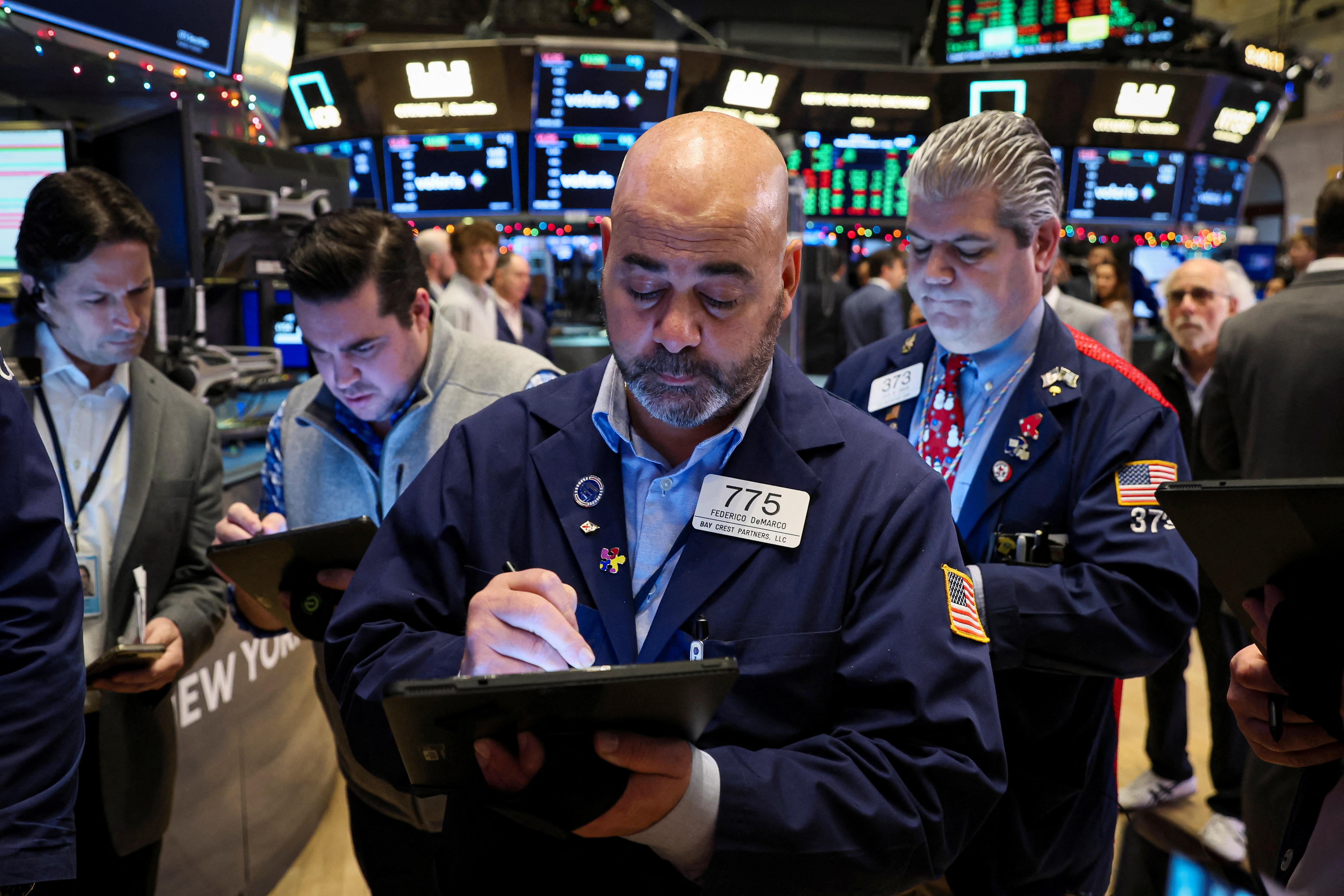 Wall Street’s main stock indexes were set to open higher on Monday as investors awaited inflation data and the Federal Reserve’s policy decision later this week to gauge the U.S. economic outlook amid worries of a recession.

Data due on Tuesday is expected to show consumer prices rose 7.3% in November on an annual basis, easing from the 7.7% rise in the previous month, while the core rate, which excludes volatile food and energy prices, is expected to have moderated to 6.1% from 6.3% in October.

The numbers will come on the heels of November’s slightly higher-than-expected producer price reading on Friday, amid a jump in the costs of services, but the trend is moderating, with annual inflation at the factory gate posting its smallest increase in 1-1/2 years.

“There’s certainly the concern that potentially high inflation could create the perception that the Fed might be more aggressive in its tightening,” said Randy Frederick, managing director of trading and derivatives for Charles Schwab in Austin, Texas.

“The market is certain that we’re going to get half a point hike, but I think it (economic data) does change the prospect of what might happen further down the road.”

Treasury Secretary Janet Yellen on Sunday forecast a substantial reduction in U.S. price pressure in 2023, while also acknowledging a risk of a recession.

Wall Street’s main indexes have slumped this year on fears of aggressive rate hikes triggering a U.S. recession. The Nasdaq (.IXIC) and S&P 500 (.SPX) have fallen 29.7% and 17.5% so far in 2022, respectively, on track for their worst yearly performance since 2008.

Most rate-sensitive stocks including Apple Inc (AAPL.O), Amazon.com Inc (AMZN.O) and Alphabet Inc (GOOGL.O) gained between 0.1% and 0.4% in premarket trading.

Qualcomm Inc (QCOM.O) lost 2.7% after Wells Fargo downgraded its rating on the smartphone chipmaker’s stock to “underweight” from “equal weight”.