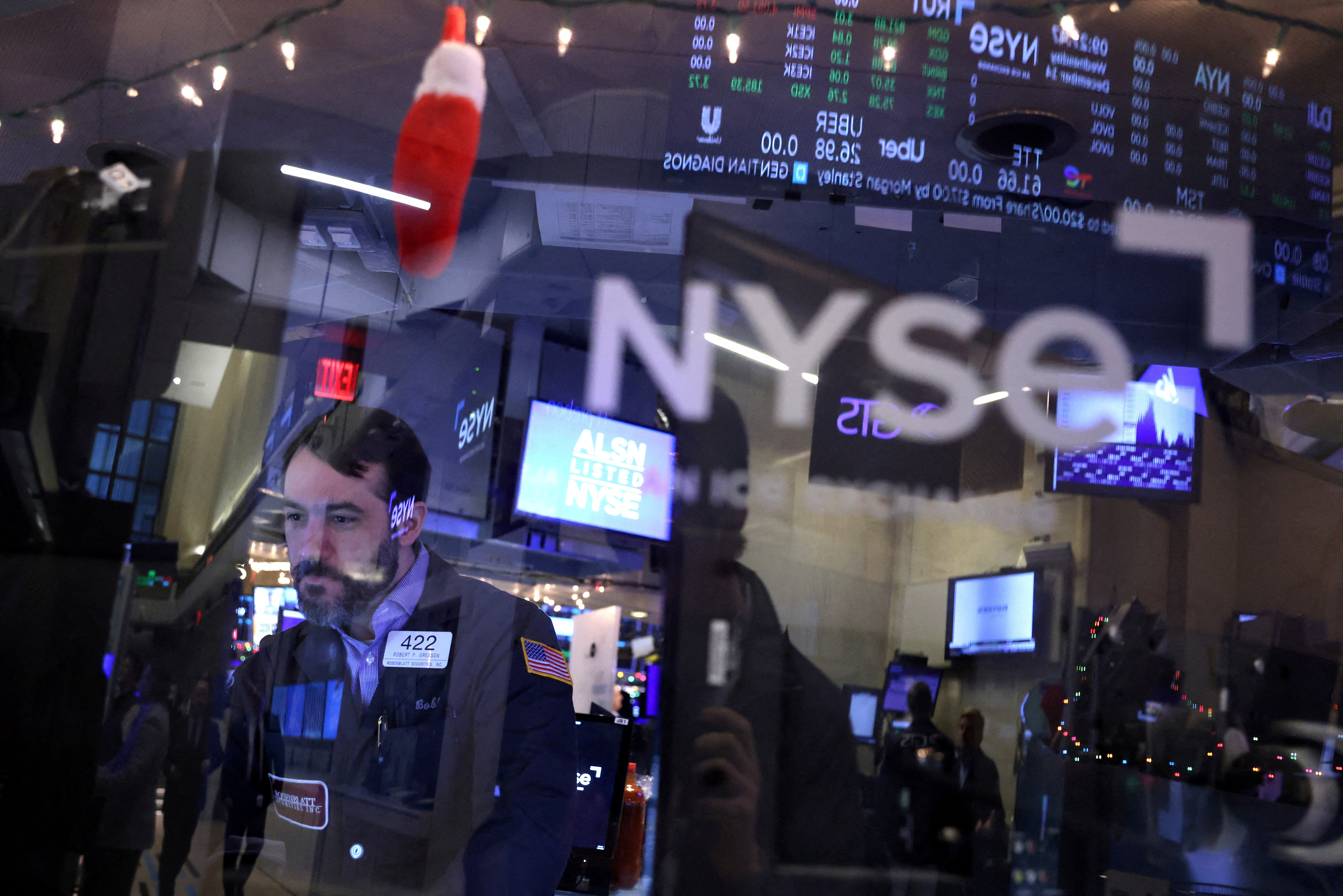 Wall Street was set to open lower on the final trading day of a roller-coaster year marked by aggressive interest-rate hikes to curb inflation, the Russia-Ukraine war and recession fears.

The three main indexes were set for their first annual drop after three straight years of gains as the Federal Reserve’s fastest pace of increase to borrowing costs since the 1980s to tame soaring prices marked an end to the era of easy money.

Investors avoided riskier bets and fled to safer assets such as the U.S. dollar, pushing down the benchmark S&P 500 (.SPX) 19% and the tech-heavy Nasdaq (.IXIC) 33% this year.

Both indexes were on course for their biggest yearly decline since the 2008 financial crisis.

Focus has now shifted to the outlook for corporate earnings in 2023 as investors grow increasingly concerned about the likelihood of a sharp economic downturn due to the rate hikes.

“The economy is going to go south because we’ve raised rates too much. So, by the time we’re a few weeks (into 2023), we’re going to start to get some earnings warnings,” said Dennis Dick, market structure analyst and trader at Triple D Trading.

Still, signs of resilience in the American economy have fueled concerns that the rates could stay higher for longer though easing inflationary pressures have kept alive hopes that the Fed could dial down the size of its hikes.

Growth stocks have been under pressure from rising yields for much of 2022 and have underperformed their economically-linked value peers in a reversal of a decade-long trend.

The S&P 500 growth index (.IGX) is down nearly 30% this year while the value index (.IVX) has dropped 7%, with investors preferring high dividend yielding sectors with steady earnings such as energy.

Money market participants see 67% odds of a 25-basis-point hike in the Fed’s February meeting, with rates expected to peak at 4.96% by the middle of next year.