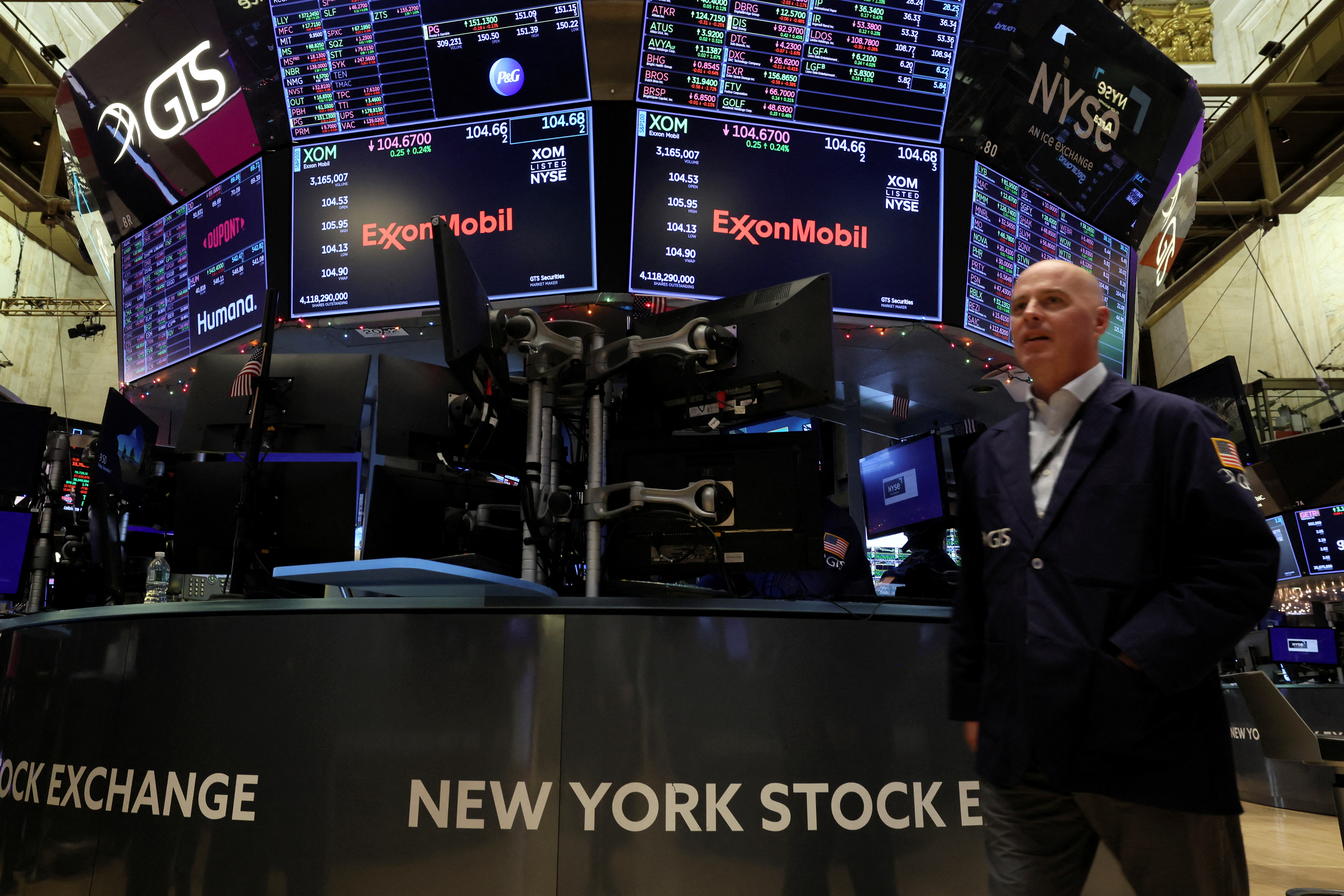 The S&P 500 closed higher on Friday, in a light trading day ahead of a long weekend, as investors assessed inflation data against rate hike and recession fears while energy shares jumped on higher oil prices.

A benchmark survey showed U.S. consumers expect price pressures to moderate notably in the next year, with the one-year inflation outlook dropping to the lowest in 18 months in December.

Wall Street indexes had sold off sharply on Thursday after revised data had indicated a resilient American economy, fueling worries that the Federal Reserve could keep hiking rates for longer and end up pushing the economy into a recession.

But Friday’s data and the fact that it came in roughly in line with expectations, eased some of those concerns for now, according to Shawn Cruz, head trading strategist at TD Ameritrade in Chicago, Illinois.

“This is a clear indication that this is a bad news is good news kind of market. The market wants the Fed to feel what they’re doing has been enough,” said Cruz.

“It is on edge over what the path for Fed policy is going to be for next year as that’s going to drive the economy and corporate earnings.”

Investors have been jittery since last week as the Fed indicated that it remains stubbornly committed to achieving the 2% inflation goal and projected rate hikes to above 5% in 2023, a level not seen since 2007.

“Today is more of a muted response to good data but still it’s not all clear, mission accomplished,” he said, adding that analyst earnings estimates for 2023 are likely too high.

The S&P and Nasdaq lost ground for the third week in a row, with the benchmark index falling 0.2% compared with a weekly decline of 1.9% for Nasdaq. The Dow however gained 0.9% for its first weekly increase out of three.

TD Ameritrade’s Cruz also noted that thin trading volume may have created more exaggerated moves Thursday and Friday with volume dropped sharply on Friday as participants likely took time off ahead of the long weekend as U.S. markets will be closed on Monday, the day after the Christmas holiday.

On U.S. exchanges 7.75 billion shares changed hands on Friday compared with the 11.41 billion average for the last 20 sessions.

Energy shares (.SPNY) stood out as the biggest advancers throughout the session as oil prices gained following news of Moscow’s plans to cut crude output.

After spending most of the day down, even the technology (.SPLRCT) and healthcare (.SPXHC) sectors, the S&P’s weakest performers for the session, managed to eke out small gains with tech adding 0.08% and healthcare adding 0.12%.

Tesla Inc’s (TSLA.O) shares had touched a more than two-year low in volatile trading as boss Elon Musk’s promise to not sell his shares for at least two years did not reassure investors.

Dow Jones parent News Corp (NWSA.O) gained 2.8%, making it the second-biggest percentage gainer in the S&P Communications services index (.SPLRCL) after a report that billionaire businessman Michael Bloomberg was interested in acquiring either Dow Jones or the Washington Post.

Advancing issues outnumbered declining ones on the NYSE by a 2.06-to-1 ratio; on Nasdaq, a 1.09-to-1 ratio favored advancers.