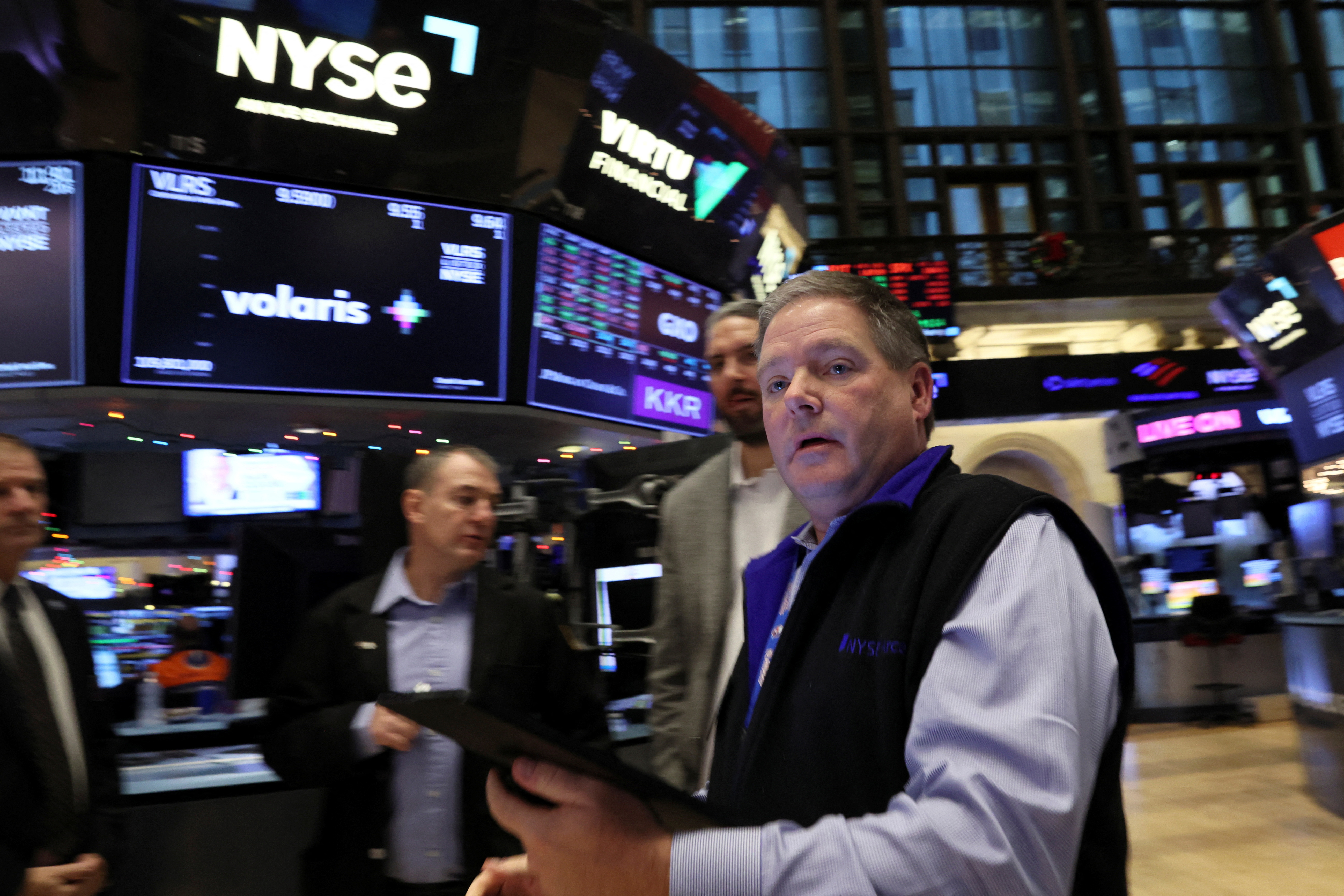 U.S. stock indexes rose on Monday, with the Nasdaq jumping nearly 2%, as gains in shares of chipmakers helped ease pressure on the battered technology sector at the start of another big week for corporate earnings.

All of the 11 major S&P 500 sector indexes were up by early afternoon trading, with a 2.5% rise in tech stocks (.SPLRCT) making them the biggest gainers.

Qualcomm Inc (QCOM.O) and Advanced Micro Devices Inc (AMD.O) jumped about 8% each after Barclays upgraded their stocks to “overweight” from “equal-weight”. The Philadelphia SE Semiconductor index (.SOX) was up 4.6% to hit a more than one-month high.

Western Digital Corp (WDC.O) jumped 7.06% on a report that the memory chipmaker could merge with Japan’s Kioxia Holdings.

“All those names and sectors (chipmakers) in general just got beat up much more than the market in general overall. So now in a lot of those names, there’s value,” said Jimmy Lee, chief executive officer of Wealth Consulting Group.

“It was a tough year for technology investors. So you’re starting to see investors going back into some of those names. But instead of across the board, they’ll be buying the names that have a chance to do good this year, even in a choppy economic environment.”

The communication services (.SPLRCL), consumer discretionary (.SPLRCD) and tech sectors are the top gainers in January, after clocking big declines in 2022.

Investors are eyeing results from Microsoft Corp (MSFT.O), Tesla Inc (TSLA.O), IBM Corp (IBM.N) and Intel Corp (INTC.O) this week to see how their businesses are coping with the threat of an economic slowdown triggered by the Federal Reserve’s aggressive policy tightening.

Analysts are expecting a 3% drop in earnings from S&P 500 companies, according to Refinitiv data, much wider than their forecast of a 1.6% drop at the beginning of the year.

Cloud-based software firm Salesforce Inc (CRM.N) rose 3.62% after activist investor Elliott Management Corp made a multi-billion-dollar investment in the company, according to people familiar with the matter.

Investors are awaiting January manufacturing and fourth-quarter GDP data during the week.

Although recent data has signaled cooling inflation, a tight labor market may keep the central bank on its aggressive policy tightening path until rates rise over 5%, a level backed by most policymakers.