U.S. stocks moved sharply higher on Thursday, powered by a rebound in mega-cap growth stocks, while crude oil prices and the dollar slid as a surge of COVID cases in China fueled fears of an economic downturn.

All three major U.S. stock indexes rose in a broad-based rally, with the tech-heavy Nasdaq leading the pack. Those gains were extended after a rise in U.S. jobless claims suggested the Federal Reserve’s hawkish monetary policy is having its intended effect.

“We’re seeing a bit of a rally on the labor numbers this morning anything that suggests an easing in Fed policy,” said Greg Bassuk, Chief Executive Officer at AXS Investments in New York. “We didn’t have a Santa Claus rally, so we’re seeing a bit of dip buying as well.”

Spiking cases of COVID-19 in China, in the wake of Beijing easing its pandemic-curbing restrictions, have soured risk appetite elsewhere, pressuring the dollar and weighing on crude prices.

Worries over a looming global recession preoccupied investors on the penultimate trading day of 2022, a year in which central banks’ battle against decades-hot inflation and Russia’s war on Ukraine helped push all three major stock indexes to their steepest annual percentage losses since 2008, the nadir of the global financial crisis.

“In 2023, we’re looking at a new normal of greater volatility, a continuing high inflation environment and a likely U.S. and global recession,” Bassuk said, all of which are “causing trepidation among investors as we move into the new year.”

An uptick in jobless claims in the United States, and a sharp decline in euro zone business lending offered evidence that the hawkish monetary policies of the Fed and the European Central Bank are succeeding in curtailing demand in order to cool inflation.

The dollar edged lower against a basket of world currencies as hopes driven by China’s reopening were dampened by a wave of new COVID cases there.

Gold jumped, boosted by on the dollar’s weakness. 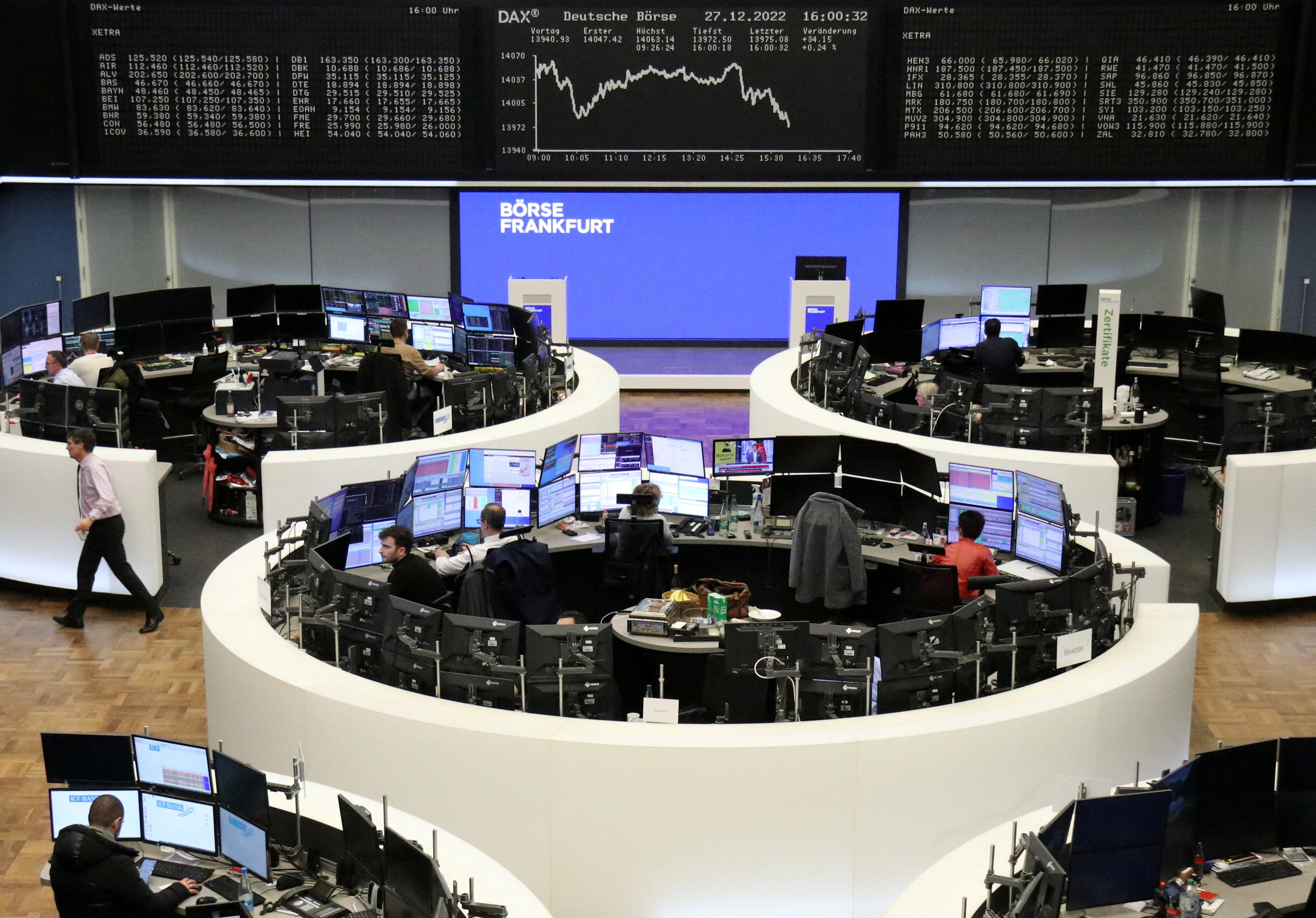 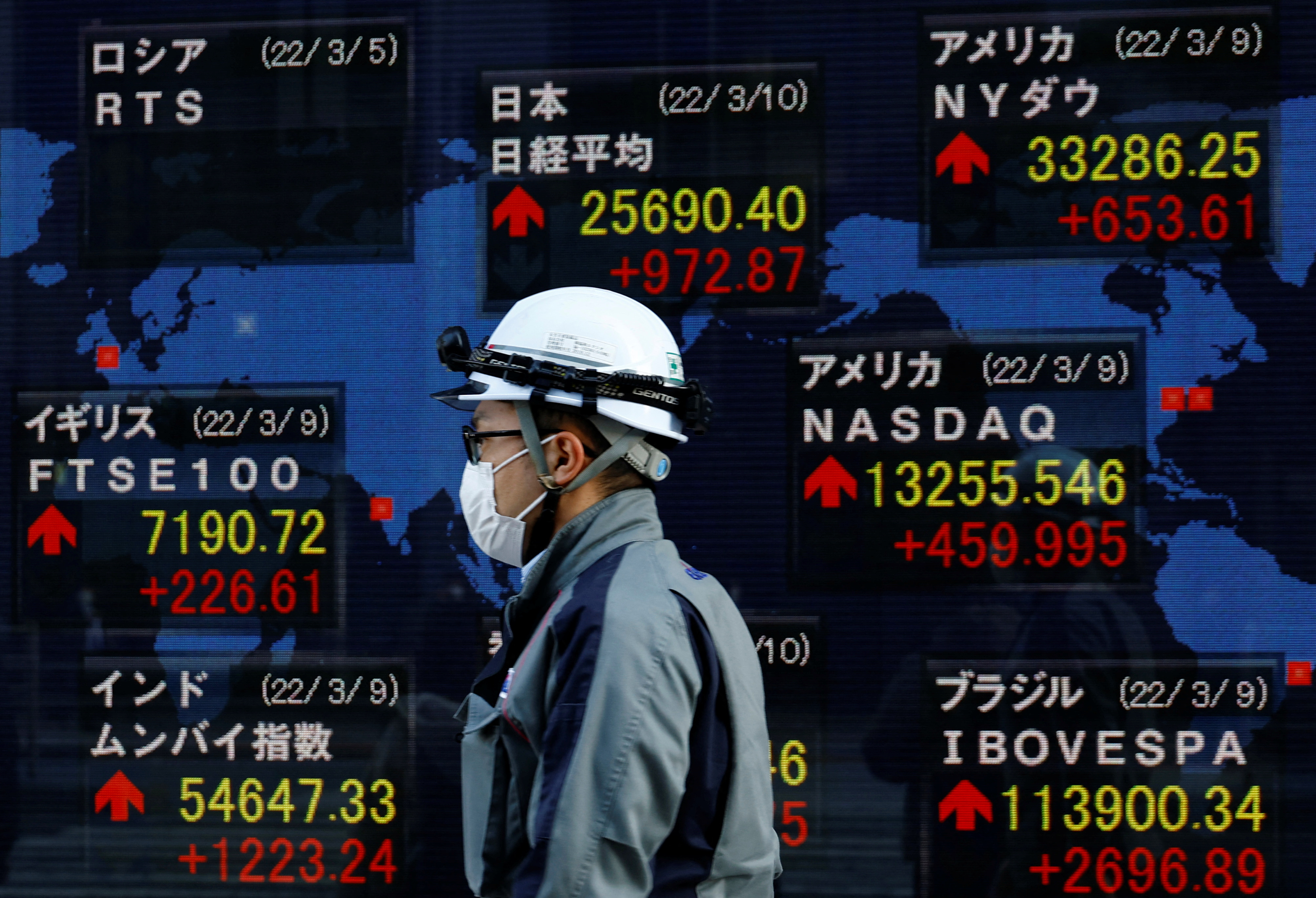 A man wearing a protective mask, amid the coronavirus disease (COVID-19) outbreak, walks past an electronic board displaying various countries’ stock indexes including Russian Trading System (RTS) Index which is empty, outside a brokerage in Tokyo, Japan, March 10, 2022. REUTERS/Kim Kyung-Hoon