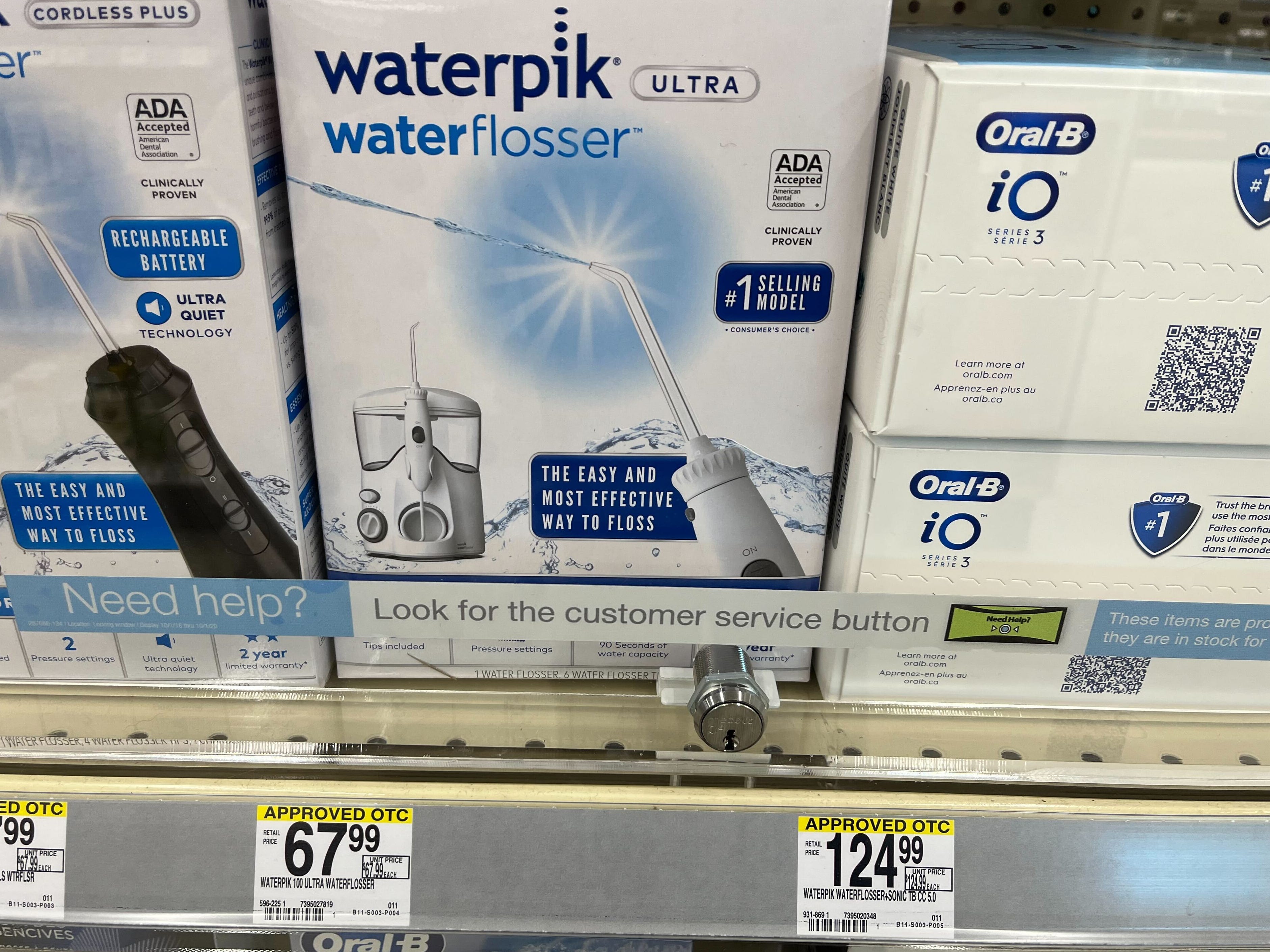 Waterpiks locked up at a Walgreens store in Louisville, Kentucky.

As retail theft has become a nearly $100 billion problem for the industry, retailers are putting more items under lock and key to deter shoplifting.

Walmart, CVS, Walgreens, and Rite Aid are among the retailers that lock up products as a security measure.

But a solution that’s designed to help companies’ bottom lines may be pushing away customers who don’t want to wait for store employees to help them get locked-away products.

“I believe that it has progressed from slightly annoying to more than inconvenient,” said Matthew Hollenbeck of Cape Coral, Florida.

Hollenbeck added that he does roughly 90% of his shopping online, in part to avoid the hassle of retrieving items from locked-up store shelves.

He isn’t alone. Retailers typically will see a 15% to 25% drop in sales when they put products – ranging from razors to deodorant to jewelry – under lock and key, a security device executive told Forbes in April.

It’s a quagmire for retailers: either they risk losing customers, or losing inventory.

Retailers lost an estimated $94.5 billion in total inventory shrink that was largely driven by theft in 2021, according to a survey from the National Retail Federation. And earlier this month, Walmart CEO Doug McMillon sounded the alarm on theft, saying “stores will close” unless it is abated.

“During this holiday season, we are seeing a lot more items kept under lock and key,” David Johnston, vice president of asset protection and retail operations, told Insider. “That’s necessary today as we’re facing this issue. Long term, it’s probably not great for the customer experience.”

Maura Mana of San Francisco, California, said the consumers in the city have been dealing with locked-up items in retailers “for years now.”

Roger Evans of Arizona said he stopped buying razors at Walgreens and CVS due to their security measures. He now buys razors from direct-to-consumer brands like Harry’s and Dollar Shave Club.

“I always found it difficult to find a staff member to come unlock them,” Evans told Insider. “The drug stores have been perpetually understaffed.”

Notice any other security measures at stores where you shop? Contact reporter Ben Tobin by email at btobin@insider.com or via the encrypted app Signal at (703) 498-9171.

Home » Audio Sources - Full Text Articles » Walmart, Walgreens, CVS, and more are locking away more products to deter theft — and it’s driving some customers away
a