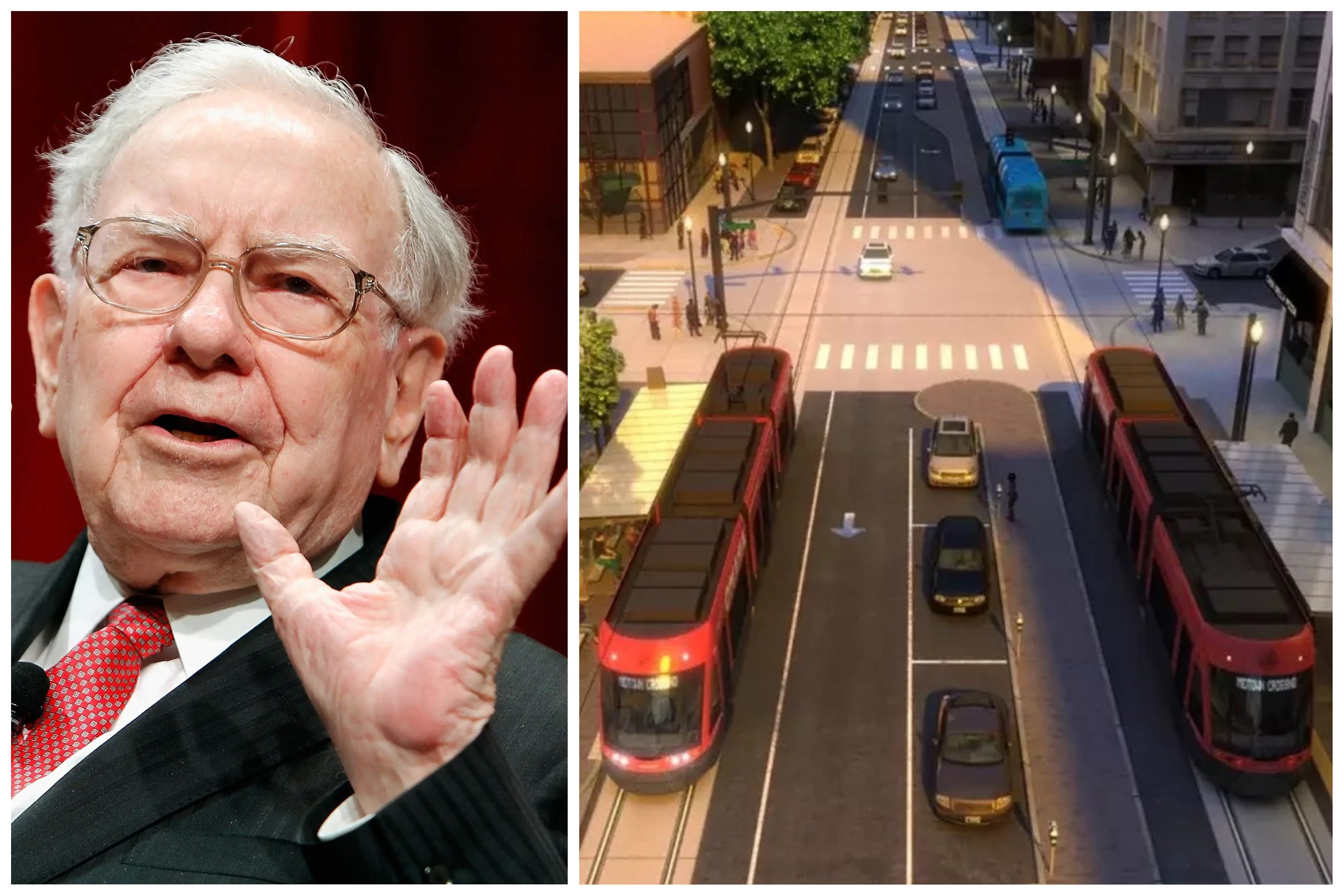 Warren Buffett is warning against his hometown of Omaha’s plans to continue with its streetcar project that is estimated to cost a little over $300 million.

Warren Buffett is speaking out against a $300 million streetcar project in his hometown of Omaha, Nebraska — even though it’s tied to a 44-story office tower for which a hole is already dug in the city’s downtown.

Still, the Oracle of Omaha wrote a letter to the Omaha World-Herald, slamming streetcars as public transport that keeps “mindlessly rolling on, fueled by large public subsidies.”

“Mistakes are literally cast in cement,” he said in the letter published Wednesday. Instead, the city should consider beefing up its current bus system, Buffett wrote.

The streetcar project is already set to move forward after the Omaha City Council this month approved the issuance of $440 million in bonds to pay for its construction and for the cars themselves. Construction is expected to cost $306 million.

Mutual of Omaha — one of the city’s Fortune 500 companies, like Buffett’s Berkshire Hathaway — has said it would build a new 44-story office tower along the streetcar’s route for a new headquarters. The company’s CEO said the planned streetcar drove its decision to build the new tower, according to a report in the Nebraska Examiner. 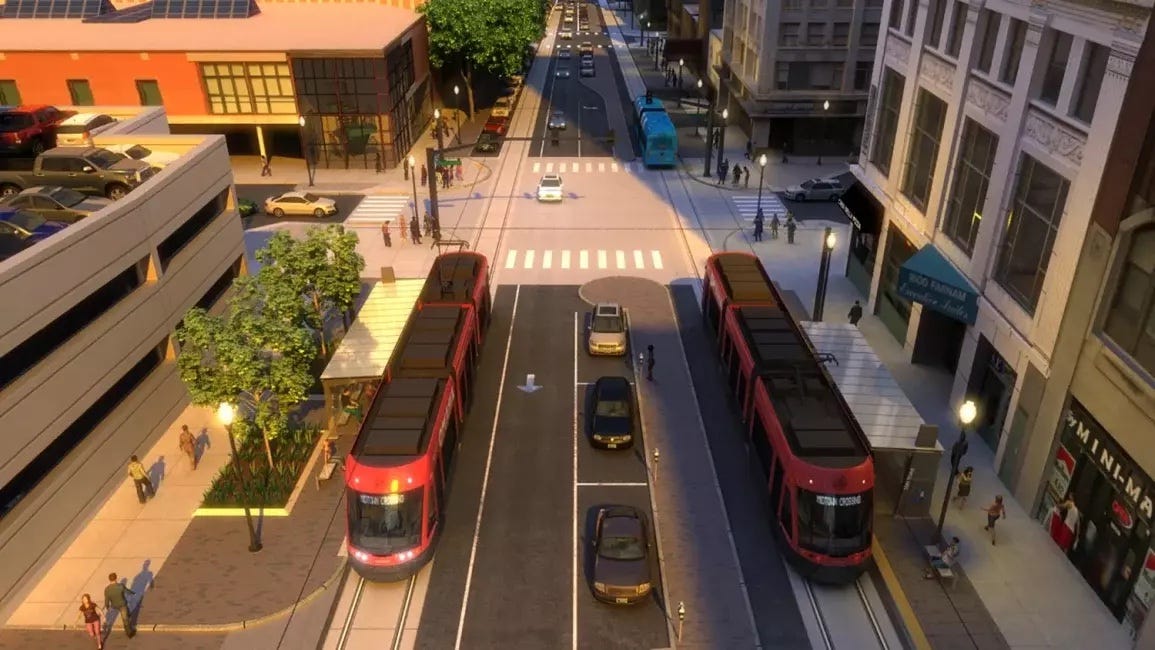 A rendering of Omaha’s planned streetcar project, which Warren Buffett has questioned.

Already, the city’s main library was torn down to make way for the Mutual of Omaha tower and a hole remains for construction to begin on the $600 million headquarters for the insurance company.

But Buffett, who said in his letter that he doesn’t typically take public sides on his hometown’s issues, warned that the streetcar project is “going to be hugely expensive if implemented.”

He admitted in his letter that “it can be off-putting to many to have a wealthy 92-year-old tell them what is good for their future.” Still, he said, the city should instead look to expanding its bus system. “As population, commerce and desired destinations shift, a bus system can be re-engineered,” he said. Buffett didn’t return a request for comment from the AP. 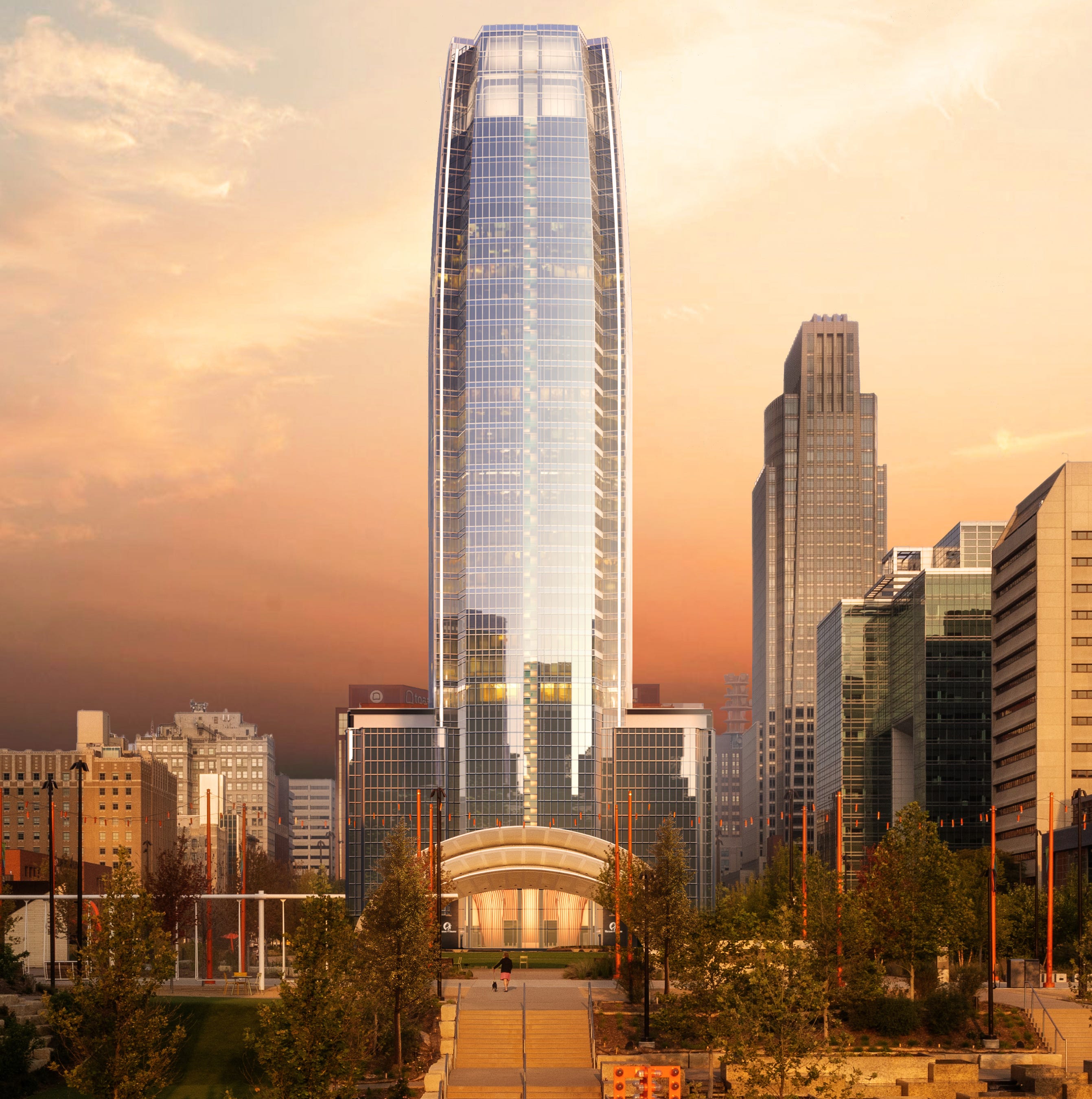 Mutual of Omaha has said it would soon start construction on a 44-story, $600 million office tower, pictured in a rendering, along the planned streetcar route.

An analysis by MuniCap, a public finance company, of the streetcar project’s financial plan found that possible development stimulated would more than pay off the project, The World-Herald reported.

Jean Stothert, Omaha’s mayor, met with Buffett on Wednesday for a “friendly discussion” on the streetcar, the newspaper reported. While Stothert said she admires Buffett, she told The World-Herald she disagrees with his take on the project.

Stothert did not immediately respond to Insider’s request for comment ahead of publication.

Buffett, meanwhile, wrote that Omahans should have a chance to vote on the streetcar project — and if there is a vote, he would vote against it.

The World-Herald reported that the types of bonds approved for the streetcar project do not require a public vote.

Joining in Buffett’s opposition to the streetcar project was Henry Burke, a former civil engineer at Kiewit, an Omaha-based construction company, also in the Fortune 500, who wrote a letter to The World-Herald listing reasons he’s against the project.

Burke wrote that the streetcar construction is expensive, could cause traffic issues, and the expected development around the streetcar might not happen.

But advocates for the project, including Jay Noddle, a local developer and president of the Omaha Streetcar Authority, said the streetcar would mainly be used to encourage development in its first few years — before it’s used for transportation.

Home » Audio Sources - Full Text Articles » Warren Buffett eviscerates a 0 million streetcar project in his hometown as a mistake ‘cast in cement.’ Here’s why he thinks buses are a better bet.
a