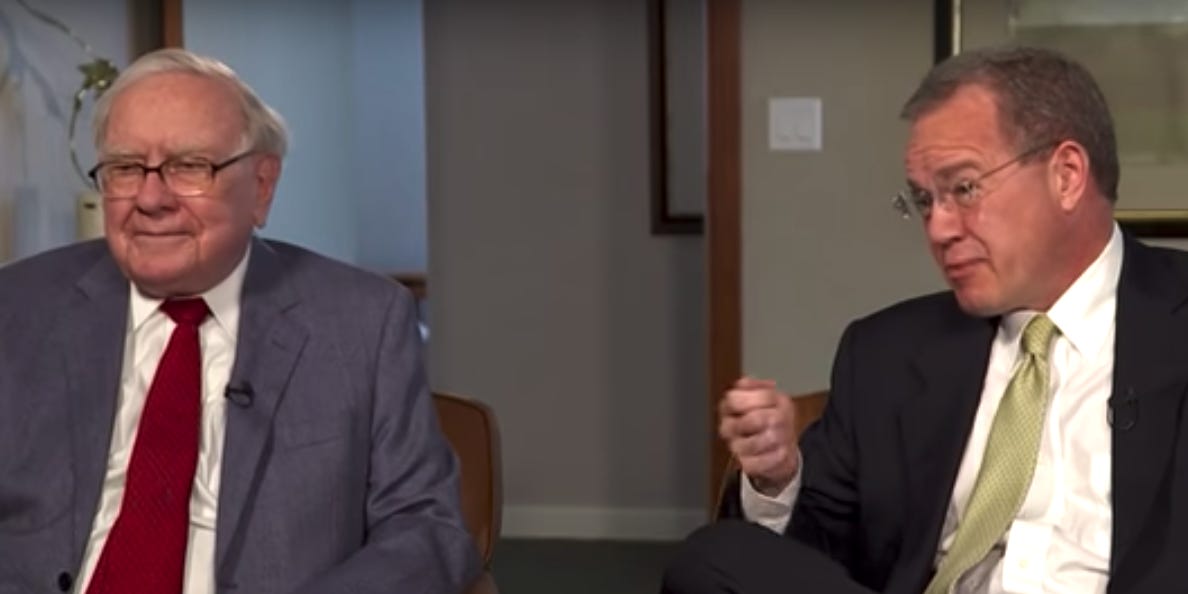 Warren Buffett’s deputy grew his retirement fund from $70,000 to $264 million in under 30 years. He detailed how he did it, shared his method for shrugging off investment losses, and offered tips on saving for retirement in a Washington Post interview in the fall of 2021.

“In a perfect world, nobody would know about this account,” Weschler told Sloan in an email, adding that he hoped the revelation would motivate people to start saving and investing early in their careers.

The investor opened his individual retirement account (IRA) in 1984. He was 22 and earning a salary of $22,000 a year as a junior financial analyst at WR Grace, a chemicals company. Maximizing his contributions and capitalizing on a generous employer match, he grew his account to over $70,000 by the end of 1989 — the year he quit his job to start a private-equity firm, and transferred his savings into a self-directed IRA under his control.

Weschler went on to launch a hedge fund in 2000, which delivered after-fee, compounded annual returns of 22% for its clients between 2000 and 2011. He joined Berkshire in 2012 after shelling out $5 million to join Buffett for his annual charity lunch in 2010 and 2011.

The investor’s retirement fund ballooned in value by more than 300,000% between 1989 and 2018, despite his IRA shedding 52% of its value in 1990 after two key holdings tanked that year. Weschler brushed off the unrealized loss by focusing on learning from it.

“One of my personal investment mantras is that there’s no such thing as a loss, it’s just an unmonetized lesson,” he told Sloan.

Notably, Weschler converted his IRA into a Roth IRA in 2012, paying over $28 million in federal income tax to do so. The switch means he won’t owe any taxes when he cashes out his retirement account.

Read more: Goldman Sachs shares a ‘consistently profitable’ stock options strategy that capitalizes on earnings and company analyst days — including the 4 trades to make by next week

Buffett’s deputy told Sloan that he’d paid less attention to his nest egg since joining Berkshire, partly because there was no longer an overlap between the investments he analyzed for work and those he would buy for his account. He now seeks out companies that can absorb at least $500 million without giving Berkshire a stake of 10% or more, which implies he focuses on businesses with a market capitalization of over $5 billion.

Echoing Buffett, Weschler emphasized to Sloan the value of index funds for people who don’t have the time or interest to study investments closely. He said that if his $70,535 in savings at the end of 1989 had been parked in Vanguard’s S&P 500 index fund, it would be worth about $1.6 million as of June 30, 2021 — a roughly 23-times gain.

“That $1.6 million drives some very simple advice: Start early, maximize the (employer) match, invest 100% in equities, and ignore all the other noise,” Weschler said.

Home » Audio Sources - Full Text Articles » Warren Buffett’s deputy grew his retirement account from ,000 to 4 million in under 30 years. He explained how to save a fortune, and why shrugging off losses is key.
a