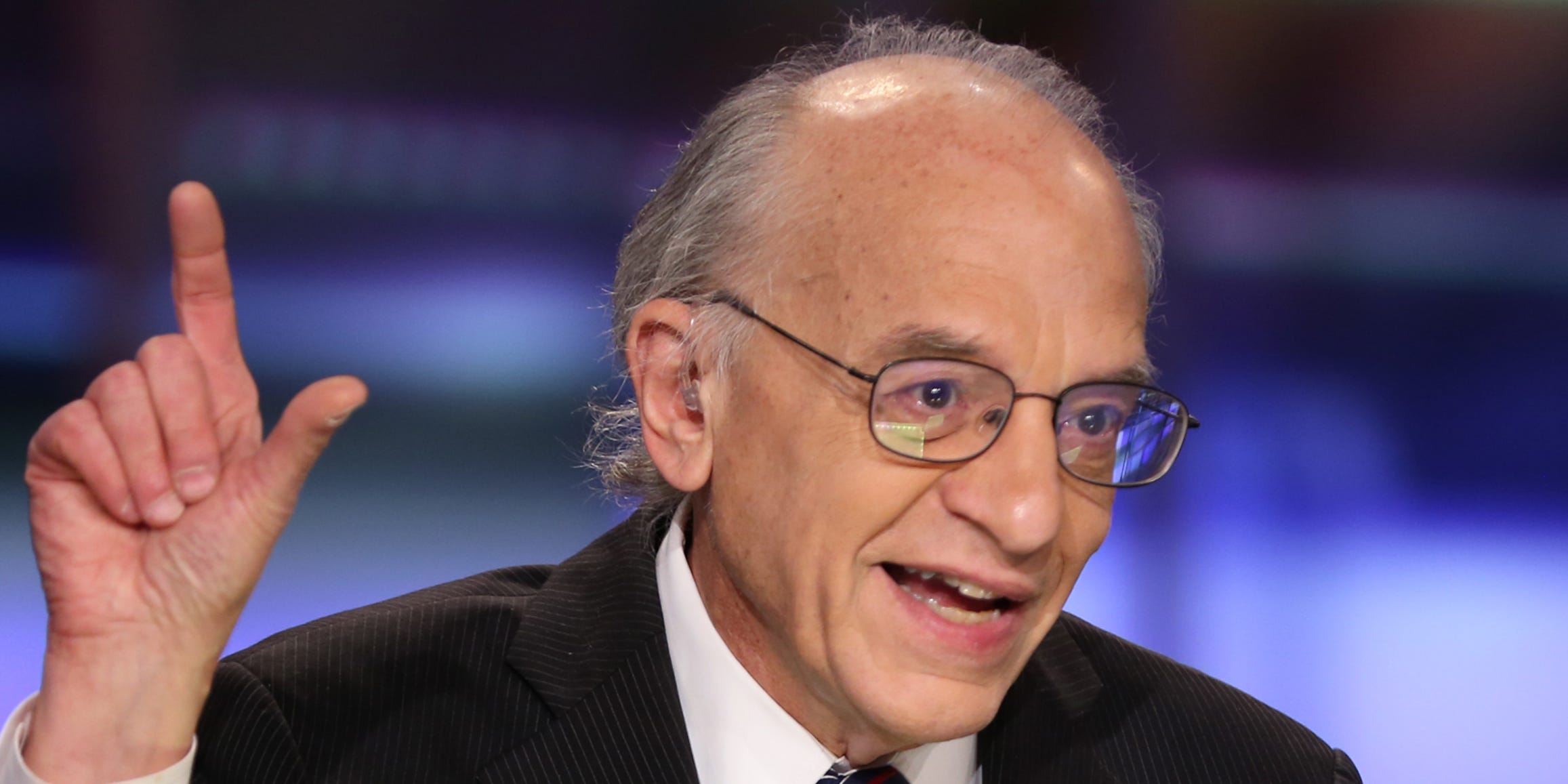 US stocks could surge as much as 20% in the first six months of 2023 as the Federal Reserve ends its inflation fight and shifts its focus toward shoring up economic growth, according to Jeremy Siegel.

“I think we should have a very good year for equities, with US markets up 15-20%,” he wrote in his weekly WisdomTree commentary, published on Tuesday. “Most think these gains have to wait for the second half of the year, but I can see this happening in the first half.”

The Wharton finance professor and author of “Stocks for the Long Run” predicted the Fed will cut its benchmark interest rate to between 2% and 3% by the end of 2023.

The central bank has hiked that rate from nearly zero in March to over 4% today, and signaled it will peak above 5% next year. Its goal is to cool inflation, which hit a 40-year high of 9.1% in June and remained north of 7% in November — well above the Fed’s 2% target.

Higher rates discourage spending and borrowing, which can relieve upward pressure on prices. However, by boosting returns from savings accounts and bonds, they erode the relative appeal of stocks and other riskier assets. Indeed, the Fed’s recent hikes have fueled a 20% drop in the S&P 500 and a 34% decline in the tech-heavy Nasdaq index this year.

Siegel has repeatedly criticized the Fed for soldiering on with rate increases, as he believes the inflation threat is history and further hikes could spark a painful recession. While the Fed plans to keep raising rates and keep them elevated for a while, Siegel has suggested the institution will wake up to economic reality and begin cutting them next year to shore up economic growth.

“I do not take the Fed economists at their words — as they have not predicted this economy or inflation dynamics or their own reactions well at all,” he said in his latest commentary.

Siegel also issued a bullish forecast for company profits, a key concern for many investors as stocks are typically valued relative to their earnings.

“I believe the earnings outlook for next year can remain more robust than feared — even if there is a mild recession,” he said. Improved productivity could support larger profit margins, and low real interest rates today by historical standards should underpin higher stock valuations, he continued.

Siegel’s latest forecast echoes his optimistic comments in recent weeks. For example, he’s suggested stocks could soar up to 30% over the next two years, and the Fed might still avoid a recession if it changes course quickly enough.

Read more: Bank of America’s stock chief warns that the S&P 500’s popularity could be its worst enemy as investors crowd in. She told us her strategy for avoiding that volatility in a rocky 2023 market.

Home » Audio Sources - Full Text Articles » US stocks could surge 20% in the first 6 months of 2023 as the Fed wraps up its inflation fight, Wharton professor Jeremy Siegel says
a