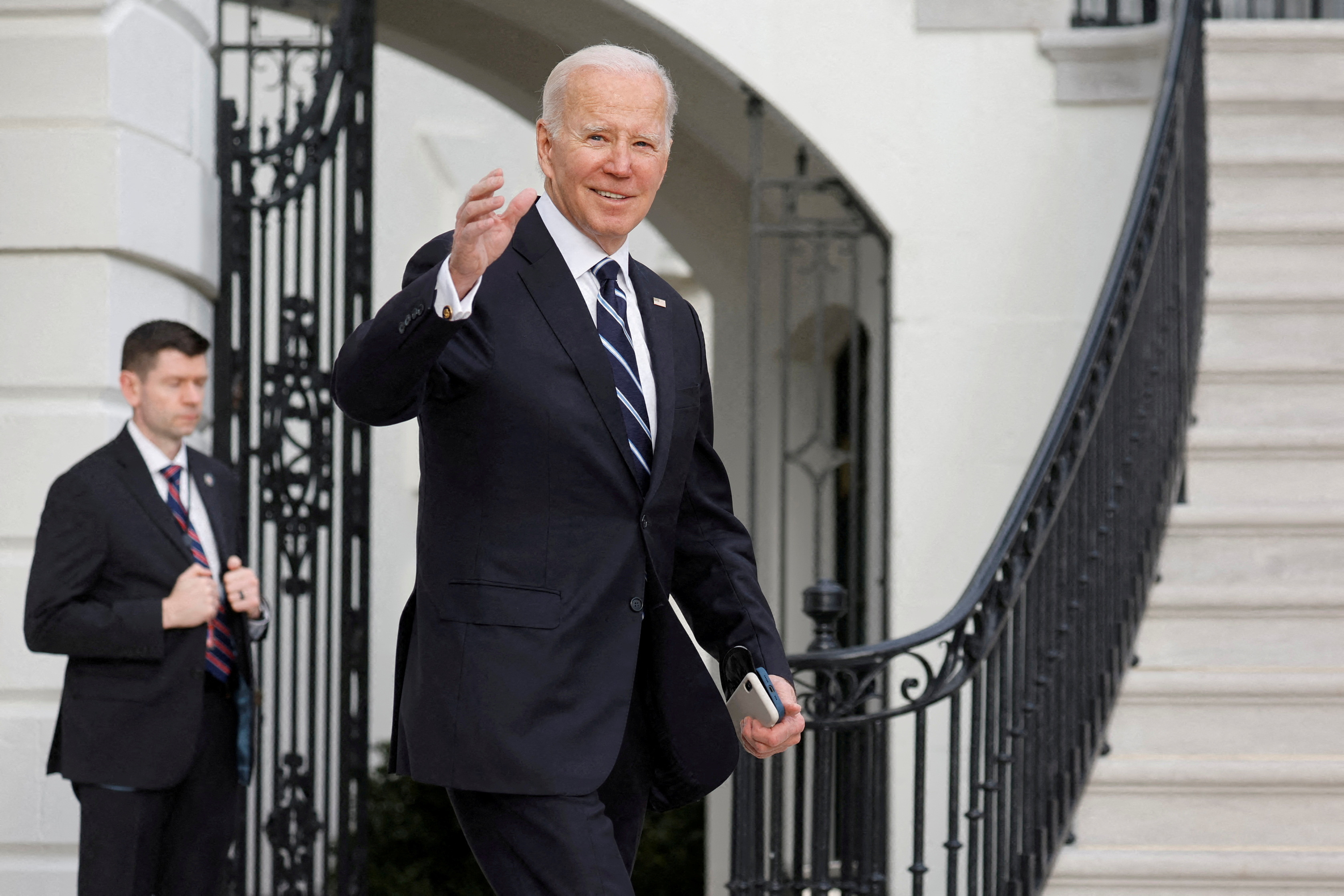 U.S. President Joe Biden departs the White House to board the Marine One helicopter for travel to Delaware from the White House in Washington, U.S. January 13, 2023. REUTERS/Jonathan Ernst/File Photo

No visitor logs exist for President Joe Biden’s home in Wilmington, Delaware, where classified documents from his vice presidential days were found, as it is a private residence, the White House Counsel and Secret Service said on Monday.

“Like every President across decades of modern history, his personal residence is personal,” the White House Counsel’s office said in a statement.

The Secret Service, which is tasked with protecting current and past presidents and their families, does not “independently maintain our own visitor logs because it’s a private residence,” agency spokesman Anthony Guglielmi said.

The Republican chairman of the House of Representatives Oversight Committee, James Comer,on Sunday demanded visitor logs for Democrat Biden’s house in Wilmington after classified documents were found in his office and garage there.

Republicans have sought to compare the Biden documents case with that of former President Donald Trump, who faces a federal criminal probe of how he handled classified documents after he left the White House in 2021.

Legal experts have noted the differences between the two cases. The White House says Biden’s team has turned over the documents it found. Trump had resisted doing so until an FBI search in August at his Palm Beach, Florida, home.

Biden’s legal team said it had found classified documents relating to his time as vice president under President Barack Obama at his Delaware home and at a Washington think-thank. His lawyers on Saturday reported finding five additional pages at his home. The material at the think tank was found in November and the disclosure was made public after a CBS News report last week.

House Speaker Kevin McCarthy said on Monday that Republicans want to know whether Biden has turned over “all the documents. Are there more out there? … I think there’s a lot of questions that continue to raise and we want to get all the information possible.”

Biden restored the tradition of keeping White House visitors logs, including publishing them regularly, after the Trump administration ended doing that, the White House counsel noted in Monday’s statement.