Jacinda Ardern’s Labour Party will vote on Sunday for who will replace her when she steps down early next month, following her surprise announcement on Thursday that she will resign and not seek re-election.

Whoever takes over will become New Zealand’s Prime Minister and will lead the party into the next general election in October. They’ll have to contend with a slew of domestic issues that had taken a toll on Ardern’s domestic popularity, like soaring house prices and inflation.

Ardern told the media on Friday that she would remain neutral during her party’s election for her successor, according to Reuters. “I think the most important thing is that we focus on the process, it is swift, that [it] ensures that the team is able to move quickly back to focusing on the issues that matter for New Zealanders,” she said.

Who are the contenders?

Richard Shaw, a politics professor at New Zealand’s Massey University, says that the country’s deputy prime minister Grant Robertson would have been the most likely choice. But Robertson has ruled himself out, as has deputy party leader Kelvin Davis. Political commentators say that several current ministers are potential candidates.

That includes Kiri Allan, the minister for justice, who if elected would become the country’s first openly gay leader and its first prime minister of Māori descent. In response to a question on Thursday over whether she’s considered putting herself forward, Allan responded by saying “we’re going to go through a process as a caucus over the next few days,” according to a video posted by the New Zealand Herald.

Shaw, however, says that he believes one of the reasons Ardern has stepped aside is “the relentlessness and the volume of toxic masculinity that has been pointed at her for a long, long, long time now.” It “really ramped up over the last couple of years,” he says. “I don’t know that Allan would want to put herself forward for that.”

“There was a silencing effect and I think that it will be really difficult for a woman in the Labour Party to put her hand up now and say, ‘Okay, I’ll take this on.’” 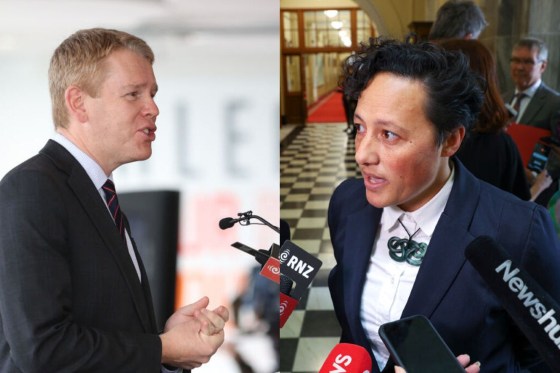 Another possible contender is Chris Hipkins, the minister of education and police, who was appointed the minister for COVID-19 in late 2020. The country won praise for its quick response and elimination strategy—which relied heavily on scientific advice and which, boosted by clear communication, meant New Zealand had one of the lowest COVID-19 mortality rates in the world. But his ties to the pandemic response may also be problematic, as some in New Zealand have been intensely critical of the strict approach. Harsh lockdowns and vaccine mandates damaged the economy, bolstered conspiracy theories, and sparked violent protests and threats against Ardern. In December, the government announced an inquiry into its own response.

“I think he’s too closely associated with the COVID response,” says Shaw. “That also was an issue for Ardern, people can’t distinguish between COVID and Ardern anymore.” But, he adds, Hipkins is “experienced, competent, knowledgeable, and a safe pair of hands.”

Although Ardern, who was elected in 2017, became a global icon for her empathetic leadership style, her popularity waned at home as she struggled to deliver on some of her progressive promises and as the country’s economy began to suffer.

Those issues mean that whoever becomes the next Prime Minister may not be in office long, with some experts predicting a backlash against the center-left Labour Party. Shaw says that the Labor Party’s new leader is unlikely to win the general election later this year. Polls in December showed Ardern’s party trailing the center-right National Party. “Whoever it is that takes over on Sunday,” Shaw says, “this person’s job is to minimize the loss and then … see a process of regeneration from within.” Come October, he predicts, “I think we’ll have one of the most extreme right-wing governments we’ve probably ever had in New Zealand.”

Home » Audio Sources - Full Text Articles » Who Could Replace Jacinda Ardern as the Next Prime Minister of New Zealand?
a