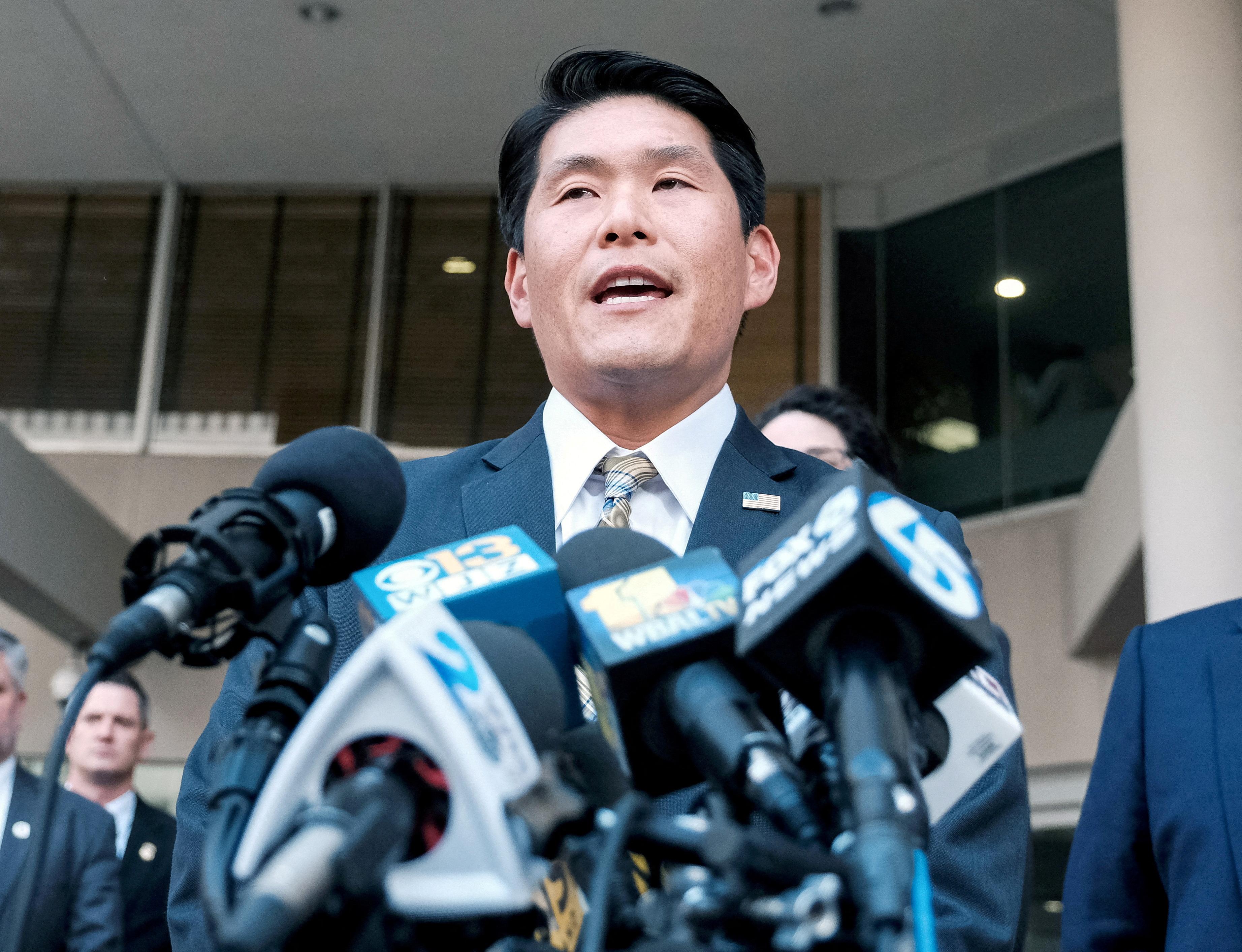 FILE PHOTO: U.S. Attorney Robert Hur speaks to the media after the arraignment of former Baltimore mayor Catherine Pugh, outside of the U.S. District Court, in Baltimore, Maryland, U.S., November 21, 2019. REUTERS/Michael A. McCoy

Tapped for the role by U.S. Attorney General Merrick Garland on Thursday, Hur was the U.S. attorney in Maryland during the Trump administration and most recently served as a litigation partner at the law firm Gibson, Dunn & Crutcher.

Garland said Hur would act as a quasi-independent prosecutor to determine whether classified records from Biden’s time as vice president had been improperly stored at the Democrat’s residence in Delaware and at a think tank in Washington.

Hur would examine “whether any person or entity violated the law,” Garland said.

Hur was appointed by Trump in 2018 as the chief federal law enforcement officer in Maryland and left that position with the end of the Republican’s presidency in early 2021.

In 2019, Martin was sentenced to nine years in prison.

“Rob has been around long enough. He knows what he is getting into,” Rosenstein told CNN on Thursday after Hur’s appointment as special counsel.

Hur received the Attorney General’s Distinguished Service Award for “superior performance and excellence as a lawyer” during his tenure as an assistant U.S. attorney in the District of Maryland from 2007 to 2014. He was also an aide to Christopher Wray at the Justice Department before Wray’s appointment to lead the FBI.

“I will conduct the assigned investigation with fair, impartial, and dispassionate judgment,” Hur said in a statement released after his appointment as special counsel. He added that he intended “to follow the facts swiftly and thoroughly, without fear or favor.”

The White House pledged to cooperate with the special counsel’s probe.