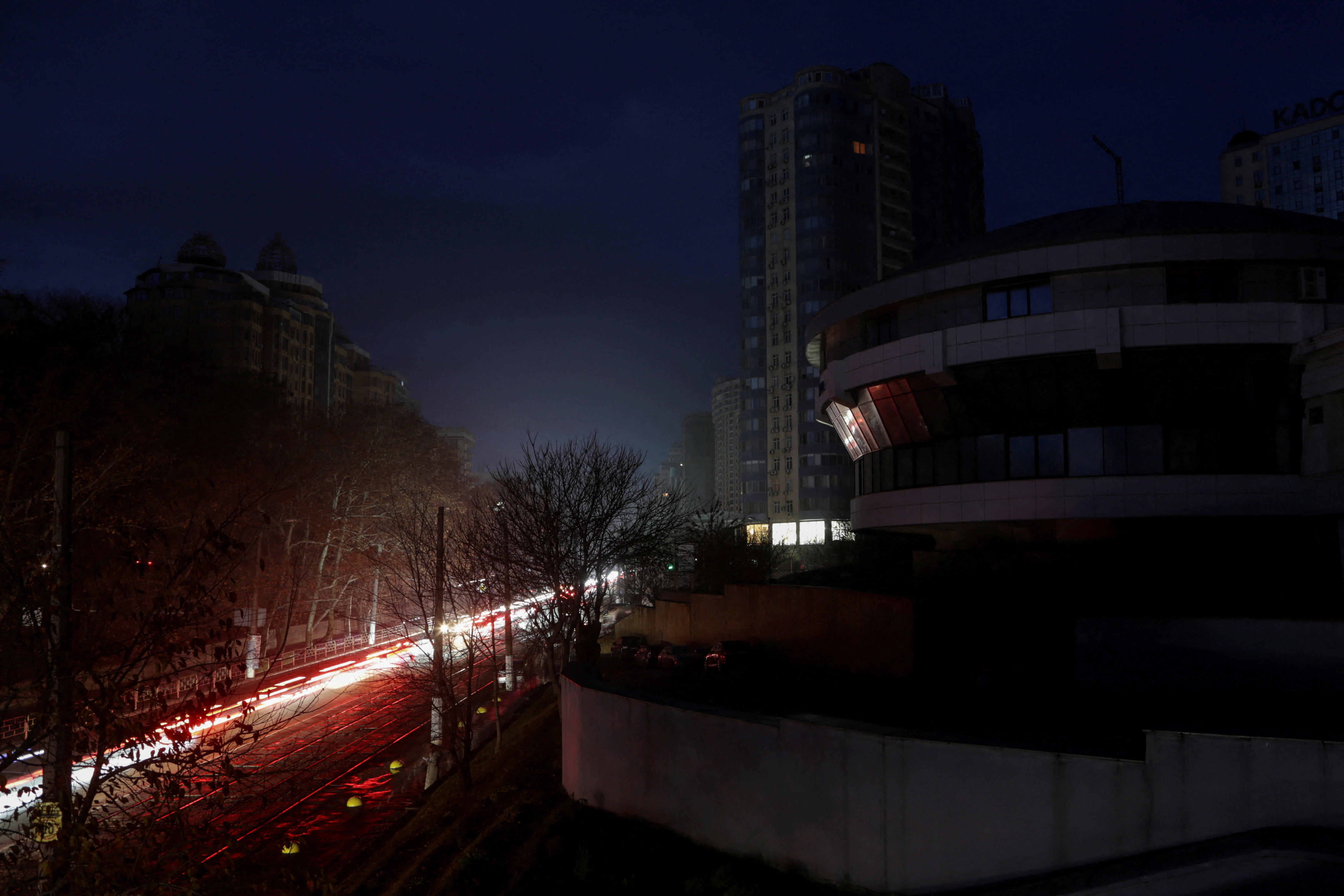 A view shows apartment buildings without electricity during a power outage after critical civil infrastructure was hit by Russian drone attacks, as Russia’s invasion of Ukraine continues, in Odesa, Ukraine December 10, 2022. REUTERS/Serhii Smolientsev

Emergency crews were working to ease power shortages in many parts of Ukraine after Russian attacks, particularly the Black Sea port of Odesa, President Volodymyr Zelenskiy said on Sunday.

“At this time, it has become possible to partially restore supplies in Odesa and other cities and districts in the region,” Zelenskiy said in his nightly video address.

“We are doing everything to reach the maximum number possible in the conditions that developed after the Russian strikes.”

Russian forces used Iranian-made drones to hit two energy plants in Odesa on Saturday, knocking out power to about 1.5 million customers – virtually all non-critical infrastructure in and around the port.

Zelenskiy said Odesa was “among the regions with the most frequent power outages”.

Other areas experiencing “very difficult” conditions with power supplies included the capital Kyiv and Kyiv region and four regions in western Ukraine and Dnipropetrovsk region in the centre of the country.

The work on restoring electricity for the general population was constant, Zelenskiy said.

Since October, Russia has been targeting Ukraine’s energy infrastructure with large waves of missile and drone strikes.

Russian forces invaded Ukraine in February in what Moscow calls its “special military operation” to remove what it says is a potential threat against its own security. Ukraine and its allies accuse Russia of an unprovoked war to grab territory from its pro-Western neighbour.

The central Australian town of Alice Springs is experiencing a spike in social unrest and violence, prompting a rapid visit by the prime minister and temporary restrictions on alcohol. Some are calling for permanent alcohol bans, but l​​ocal Aboriginal organisations say this won’t fix the core issues: long-term neglect of housing, health and welfare. Sarah Collard reports from Alice Springs and Indigenous affairs editor Lorena Allam explores why 20 years of government interventions failed to prevent this crisis