VATICAN CITY (Reuters) – Pope Francis called for an end to the war in Ukraine and other conflicts in his Christmas message on Sunday, saying the world was suffering from a “famine of peace”. 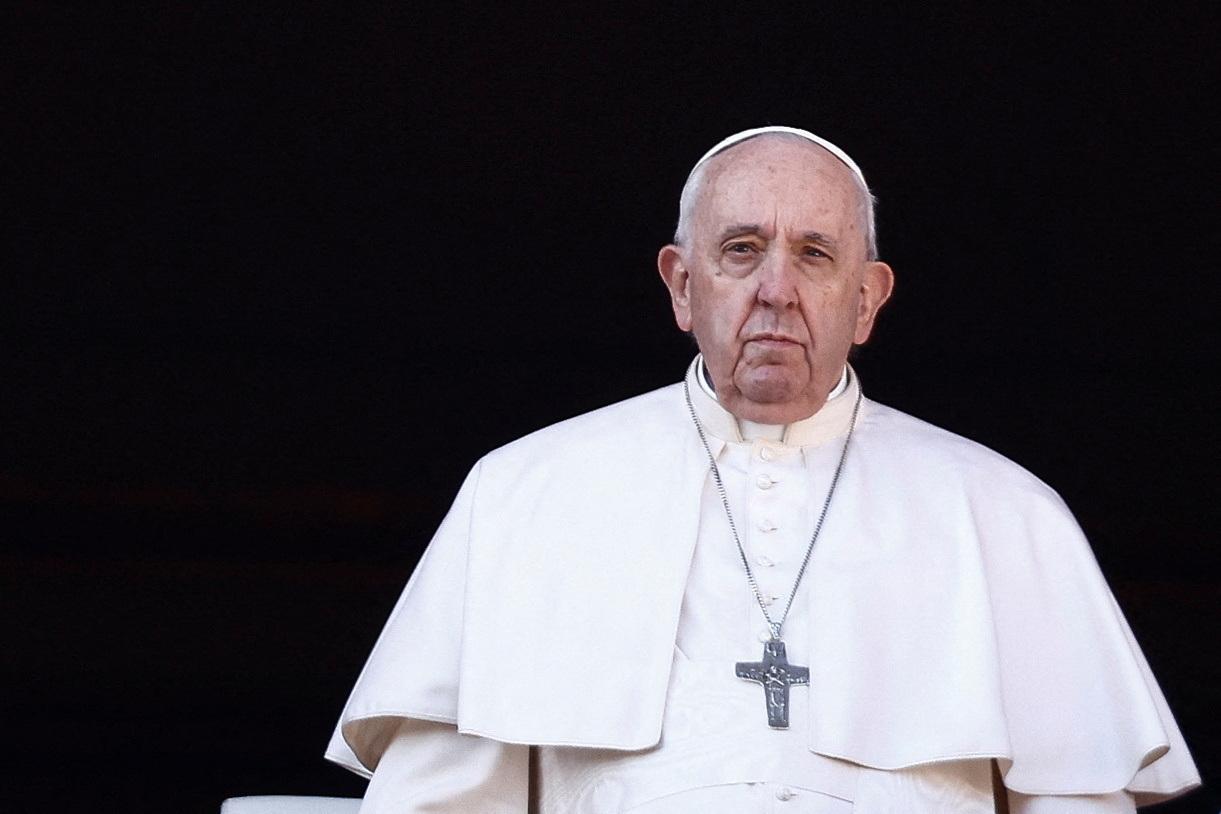 Pope Francis delivers his traditional Christmas Day Urbi et Orbi message to the city and the world from the main balcony of St. Peter’s Basilica at the Vatican, December 25, 2022. REUTERS/Yara Nardi

Delivering the 10th Christmas “Urbi et Orbi” (to the city and the world) blessing and message of his pontificate, he also urged people to look beyond the “shallow holiday glitter” and help the homeless, immigrants, refugees and the poor in their midst seeking comfort, warmth and food.

“Let us see the faces of all those children who, everywhere in the world, long for peace,” he said, speaking from the central balcony of St. Peter Basilica, the same spot from which he first emerged as pope when he was elected on March 13, 2013.

“Let us also see the faces of our Ukrainian brothers and sisters who are experiencing this Christmas in the dark and cold, far from their homes due to the devastation caused by ten months of war,” he said, speaking to tens of thousands of people in the square below.

He spoke just hours after air raid sirens wailed across Ukraine and a day after Kyiv said a Russian strike on the recently-liberated city of Kherson killed at least five people and wounded another 35 on Saturday in what President Volodymyr Zelenskiy condemned as wanton killing for pleasure.

“May the Lord inspire us to offer concrete gestures of solidarity to assist all those who are suffering, and may he enlighten the minds of those who have the power to silence the thunder of weapons and put an immediate end to this senseless war!” Francis said.

The Ukraine conflict, he said, should not diminish concern for people whose lives have been devastated by other conflicts or humanitarian crises, naming among others, Syria, Myanmar, Iran, Haiti and the Sahel region of Africa.

“Our time is experiencing a grave famine of peace…” he said.

Francis called for a resumption of dialogue between Israelis and Palestinians in the Holy Land, the place of Jesus’ birth.

This year has seen the worst levels of violence in the Israeli-occupied West Bank in more than a decade, with at least 150 Palestinians and more than 20 Israelis killed.

As many sat around “a well-spread table”, huge amounts of food daily go to waste and resources are spent on weapons, he said.

He again condemned the use of food as a weapon of war, saying the war in Ukraine had put millions at risk of famine, mentioning Afghanistan and countries in the Horn of Africa.