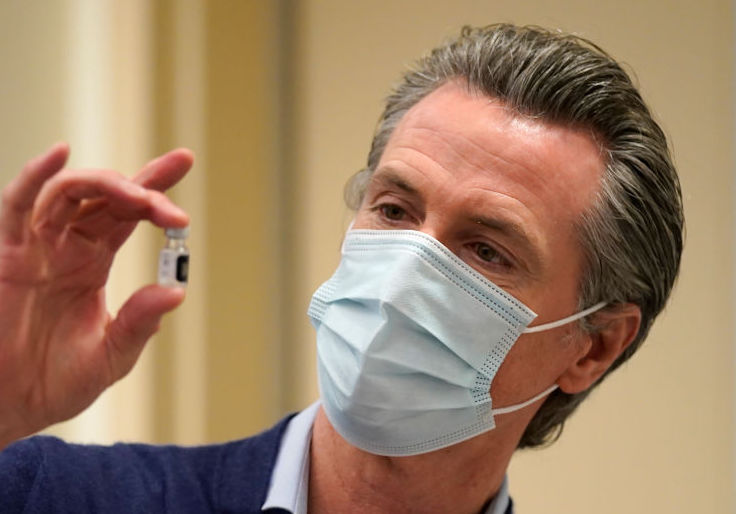 Progressives had a banger year in California, even by the Golden State’s standards.

From the Democratic supermajorities in the legislature to progressive city councils and a governor who likes to run campaign ads in Florida, California liberals did their best to, in the words of the late, great, P.J. O’Rourke, “enfeeble the individual and exhaust the economy.”

California Democrats love to say their state’s laws lead the way. But where, exactly, are they leading us? Here are some guideposts.

In August, the state legislature approved a plan to reduce carbon emissions by at least 85 percent by 2045. Critics predict the plan will cost about $4 trillion, add $50,000 to the cost of every new home, endanger “hundreds of thousands of jobs,” and could intensify the number of companies leaving the state. It’s unclear if the rules will apply to Democratic politicians’ wineries, which climate activists say hurt the climate by sucking up water, using pesticides, and employing gas-powered tractors. California also banned the sale of gas-powered cars starting in 2035.

The Safer Streets For All Act

Senate Bill 923 will mandate employees of private health insurance companies to undergo “cultural competency” training to ensure they’re fluent in transgender speak, so that they can best assist customers who want to schedule genital surgeries, breast removals, or voice-changing therapies.

Some of those patients may be young kids, who could soon undergo gender reassignment surgery without parental consent. In August, the legislature passed Senate Bill 107, which empowers California courts to take temporary jurisdiction of kids who come to California from out of state in search of hormone therapy or other transition treatment.

Gov. Gavin Newsom (D.) was a driving force behind this law, which incentivizes Californians to sue state residents who buy, sell, lend, or transfer assault weapons. The state would cover the legal fees for any Californian who launches a successful suit and pay them at least $10,000 in additional compensation. The state’s ACLU chapter slammed the bill as “a radical and dangerous assault on our constitutional structure.” A federal judge in Southern California blocked parts of the law late this month, teeing up a potential Supreme Court case for 2023.

Newsom in September signed Assemblyman Evan Low’s (D.) bill into law, giving the California Medical Board the power to punish and disbar doctors who disseminate what the state deems “misinformation.” The bill is specifically designed to stop doctors from spreading “misinformation” pertaining to COVID, like the idea that paper masks don’t stop transmission or that school closures do more harm than good. Lawsuits to block the bill are underway.

The post Year in Review: California Got Even Crazier in 2022 appeared first on Washington Free Beacon.

Home » Audio Sources - Full Text Articles » Year in Review: California Got Even Crazier in 2022
a