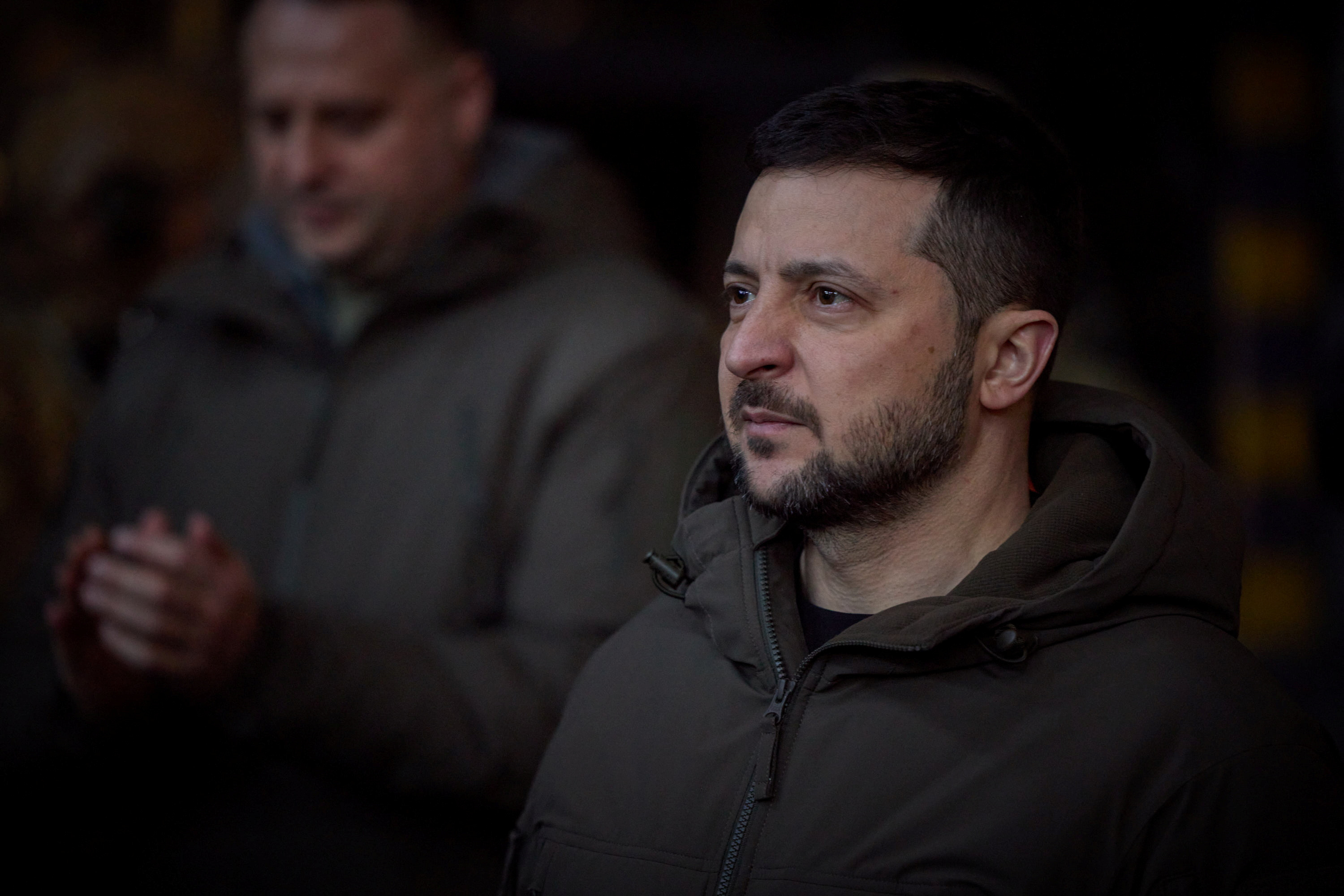 Ukrainian President Volodymyr Zelenskiy could travel to Washington and visit the U.S. Capitol on Wednesday, though the trip has not yet been confirmed and security concerns could force a change in plans, a source familiar with the planning said Tuesday.

Punchbowl News first reported the possible trip, which would be Zelenskiy’s first outside Ukraine since Russia launched its assault on the country on Feb. 24. His visit could also include a stop at the White House, CNN reported. Both media outlets cited sources familiar with the matter.

Zelenskiy is expected to meet congressional leadership and national-security committee chiefs from the Republican and Democratic parties and could address a joint session of Congress, Punchbowl reported.

Zelenskiy made a surprise trip to troops in the battered eastern frontline city of Bakhmut, underlining Russia’s stuttering but persistent attempts to capture it. In a Tuesday night video address, referred to his trip to “Fortress Bakhmut” in Donetsk, one of the provinces Russia claimed in September but most countries reject as illegal occupation.

Earlier on Tuesday, U.S. House of Representatives Speaker Nancy Pelosi said there would be a session of Congress on Wednesday night which would have a “very special focus on democracy.”

Pelosi’s remarks, which came in a letter, did not elaborate on what the session would be about. Her office did not immediately respond to a request for comment on the reported visit by Zelenskiy.

U.S. Representative Marcy Kaptur, co-chair of the Congressional Ukraine Caucus, told CBS News there were ongoing efforts to bring Zelenskiy to the Capitol on Wednesday and to have him address Congress.

“We’d be very honored to have him visit. I’m amazed he can make it in view of the situation. It’d be a great gift to have him at the Capitol. We’re working with the leadership to be helpful. We personally understand if he cannot make it last minute,” Kaptur was quoted as saying by CBS News.